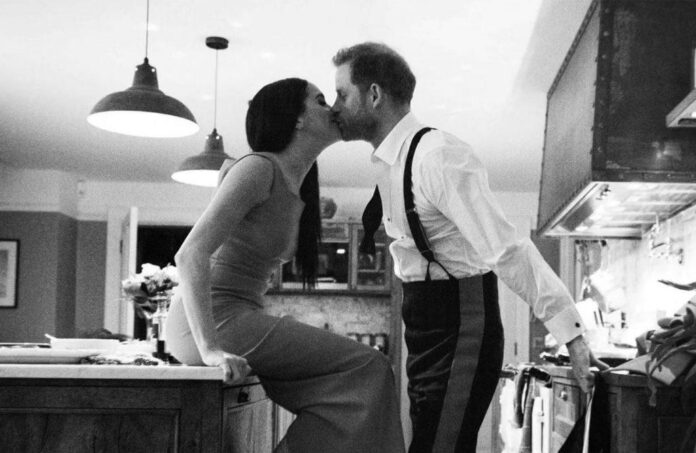 Even though Prince Harry and Meghan Markle have made a reported $100 million from their five-year deal with Netflix, it seems that the royal duo is pretty prudent when it comes to interior decor.

Case in point: Netflix’s documentary series Harry & Meghan, which began airing on December 8, shows the Duke and Duchess of Sussex have decorated their Montecito home office, which serves as the headquarters of their nonprofit Archewell Foundation, with affordable art prints. At center is an image of Ferdinand Georg Waldmüller’s Portrait of Louise Mayer (1836), with its subject newly depicted blowing a bubble with gum.

This particular piece is available for purchase through eBay for anywhere from $9.49 to $79.79, depending on its size, which ranges from 13 x 18 centimeters to 90 x 120 centimeters.

Tacking on bubblegum to historical paintings has spawned a veritable industry across craft platforms like Etsy. Other websites such as Outlet Trends and AliExpress retail bubblegum-ified versions of portraits from Johannes Vermeer’s Girl with a Pearl Earring (1665) and Francois-Hubert Drouais’s Portrait of an Elegant Lady (ca. 18th-century) to Leonardo da Vinci’s Lady with an Ermine (ca. 1489–91) and Sir Thomas Lawrence’s Lady Maria Conyngham (ca. 1824–25). 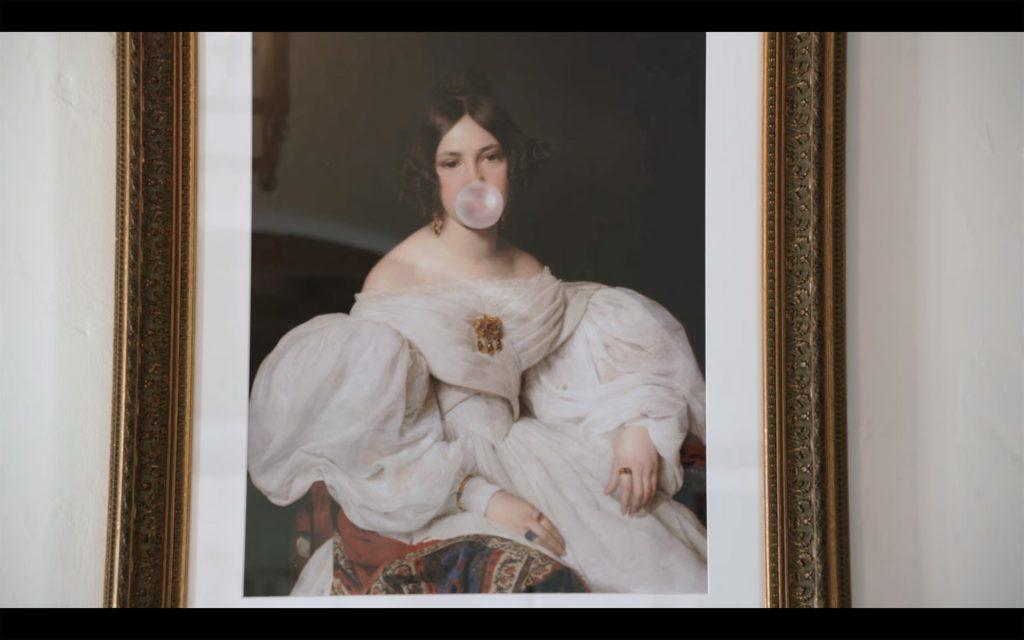 The couple’s office also features a framed print of a bear holding the state of California, an image that is featured on the cover of the sheet music for California’s state anthem, “I Love You, California,” first published in 1913. This design choice was likely made because Markle was born and raised in the Golden State.

The artwork also appeared behind Markle during a video call in 2020. Variations of this piece are available on sites including Etsy, Zazzle, and Redbubble.

While it has been alleged that the docuseries was filmed at a 13,599-square-foot Montecito estate that does not belong to the Prince and Markle, and is currently on the market for $33.5 million, it seems their actual Montecito estate—which they reportedly purchased for $14.5 million in 2020—does appear in the series, given a number of exterior shots that match the home’s listing photos. 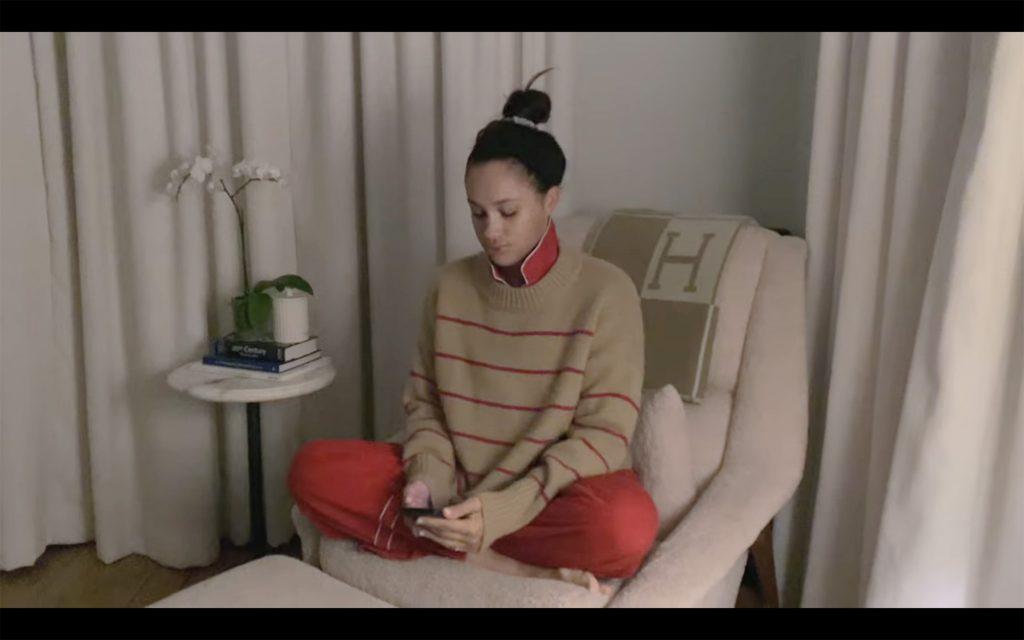 Another reasonably priced item that appears in the series is a $25 book titled 20th Century Photography, published by Taschen. This particular tome—which has been in print since 2012—focuses on the expansive photography collection of Museum Ludwig, Cologne, the first contemporary art museum to dedicate a significant part of its collection to photography. The museum holds some 70,000 photographs, from the 19th-century to present day, while the book itself contains upwards of 850 photographs spanning a century-long timeline.

The volume is framed in shot with a Hermès throw blanket. Though no longer produced by the luxury house, similar versions can be found on the resale market with price tags northwards of $1,500.

Tokyo Is Expanding Its Footprint in the Global Art Market. Here Are 7 Power Players Leading the Way

A Shopper Paid $700 for a Chandelier in an Antique Store. It Turned Out to Be an Alberto Giacometti Worth Up to $3 Million

Meta Has Significantly Downsized Open Arts, Its In-House Art Team, as Part of Its Largest Round of Layoffs Ever