Home News Art Industry News: Cardi B Got Paid $1 Million to Play a... 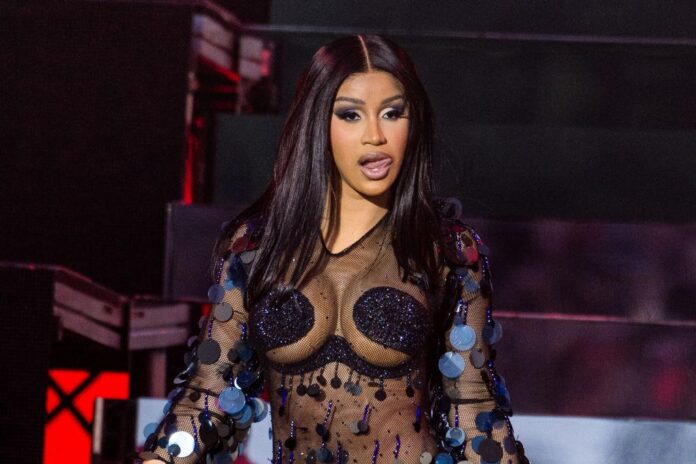 New Sydney Modern Offers Gender Parity – The new extension of the Art Gallery of New South Wales, which opened on Saturday, presents the same number of works by women and men. “The gallery is boldly bringing the stories of women to life for the future,” said director of collections Maud Page. ()

Jack Ma Has Moved From Oil to Watercolor – The founder of e-commerce giant Alibaba and once China’s richest man has reportedly taken up painting watercolors in Tokyo, where has been staying quietly for six months. The Chinese tycoon’s whereabouts have been a mystery since he disappeared from the limelight after publicly criticizing the Chinese regulators two years ago and surrendering control of his tech empire. It was previously reported that Ma picked up oil painting last year. ()

German Auction House Halts Kandinsky Sale – The Berlin-based auction house Grisebach has retroactively suspended the sale of an untitled abstract watercolor painting from 1928 by Wassily Kandinsky after Polish authorities threatened legal action. The contested work sold for €310,000 ($325,000) on Friday despite protests from the Polish government, which accused the house of knowingly offering a work that had been stolen from the National Museum in Warsaw in 1984. ()

National Gallery’s Partnership With Pushkin Canceled – The London gallery has called off a collaboration with Moscow’s Pushkin State Museum of Fine Arts to co-present next year’s exhibition, “After Impressionism: Inventing Modern Art,” featuring works loaned from Russia, following the country’s invasion of Ukraine. The museum plans to go ahead with the show without Russian loans. ()

Cardi B Got $1 Million for Art Basel Set – “I got paid $1 million to perform at this elite bankers’ event” for “400 people and only for 35 minutes,” the rapper wrote in a since-deleted tweet. She performed last week in Miami’s Chase Sapphire Lounge. ()

Andy Warhol Foundation Awards Writer Grants – Twenty writers have been awarded a total of $695,000 by the New York-based non-profit to support articles, books, and short-form writing addressing the intersection of art and race, eco-activism, and labor. Winners include Tina Rivers Ryan, Seph Rodney, and Tausif Noor. ()

RISD Essential Staff Votes to Strike – Unionized employees at the Rhode Island School of Design will go on strike after a breakdown in negotiations with management over wages, healthcare benefits, and retirement package standards. ()

Charges Brought Against Climate Activist – A 20-year-old climate activist has been charged after gluing herself to the historic wooden frame of Lucas Cranach the Elder’s painting in August at the Gemäldegalerie in Berlin. The act caused damage worth €2,385 ($2,523). ()

Thelma Golden and Anne Pasternak Organize Palm Beach Show – Golden, the director and chief curator of the Studio Museum in Harlem, and Pasternak, director of the Brooklyn Museum, organized an exhibition featuring work by around 30 artists drawing from the collection of Beth Rudin DeWoody at the famed collector’s private exhibition space The Bunker. The show opened in Palm Beach on Saturday after the opening of Art Basel Miami Beach. ()