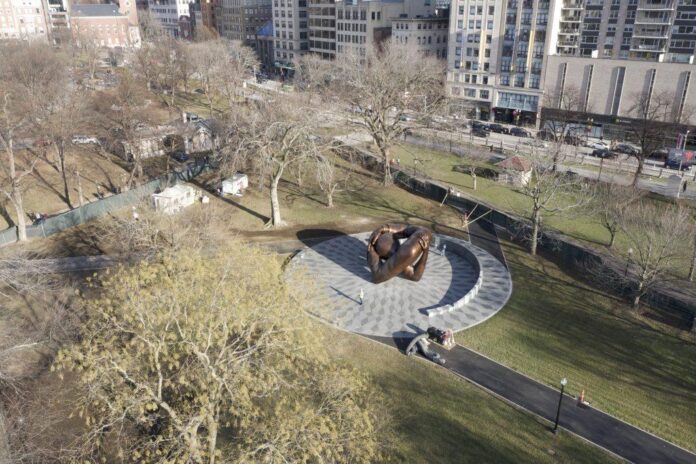 San Francisco Gallery Owner Arrested Following Viral Video – Collier Gwin, who was filmed hosing down an houseless woman outside his gallery, Foster Gwin, has been charged with misdemeanor battery by the San Francisco Police Department. He is facing up to six months in jail and a $2,000 fine. ()

Hauser & Wirth and Fort Gansevoort to Co-Represent Estate of Winfred Rembert – The two galleries are joining forces to represent the estate of the artist, who died in March 2021 shortly after his acclaimed solo show at Fort Gansevoort, his first in New York in nearly 10 years. ()

Hank Willis Thomas Responds to MLK Sculpture Backlash – “It’s a strange thing, the moment that we live in, that we are more inspired to talk about silly things than something as serious as the legacy of Dr. Martin Luther King,” the artist told the , adding that the work addresses criticisms that fuel the “divide-and-conquer strategies.” He wanted to focus on the Kings’ arms, as an embodiment of the beloved community. “Can we embrace one another?” ()

Nan Goldin Releases Limited Edition Print for Film Release – To accompany the theatrical release of , the Venice Golden Lion-winning documentary directed by Laura Poitras chronicling Goldin’s career and her battle to hold the Sackler family accountable for the opioid crisis, the artist is launching a limited edition print with Marian Goodman Gallery to raise funds for PAIN and OnPoint NYC to support those suffering from overdoses. ()

U.K.’s Oldest Toy Museum Is Closing – Pollock’s Toy Museum, a mainstay of the tony Fitzrovia neighborhood of London, has closed its doors for good, more than six decades after opening at its first site near Covent Garden. The repository of antique plush animals, dolls, and games was located inside a Georgian house, and the museum’s trust was unable to broker a new contract with the owners. The custodians have launched a fundraiser for the museum, writing, “Although this is heartbreaking news, we are hoping this will be a scene change and not the final act.” ()

Reina Sofia Director to Step Down – Museum director Manuel Borja-Villel, who has helmed the Spanish museum for 15 years, will not seek re-election when his term ends on January 20. The members of the institution’s board of trustees will convene on February 1 to begin the selection process for candidates to run for the lead role. Until a new director is elected, deputy artistic director Mabel Tapia will be in charge. ()

Gordon Parks Foundation Names 2023 Fellows – Artists Jammie Holmes and José Parlá, as well as art historian Melanee C. Harvey, are the recipients of the 2023 fellowships, which launched in 2017 to honor the eponymous photographer. Each honoree will receive $25,000 to help fund projects, and both Holmes and Parlá’s work will be exhibited in solo shows at the foundation’s gallery in Pleasantville, New York. ()

Gregg Bordowitz to Helm Whitney’s ISP Program – The artist, writer, and veteran teacher will lead the museum’s renown Independent Study Program, beginning his new role on February 1. Bordowitz, who has taught at the Art Institute of Chicago for 25 years, is an alumnus of the program’s the 1985/86 class, and succeeds founding director Ron Clark, who is retiring after 54 years. ()

Two Lucian Freud Paintings Hit the Auction Block After Major Retrospective – When the National Gallery in London opened its centenary tribute to the artist in October, Artnet News reported that the major show, alongside other sales at the time, may renew the market interest in the artist’s work. Then a new record was set in November with the sale of (1981-1983), from the Paul Allen collection, at $86.3 million. Now, as the London show concludes this Sunday, Christie’s has announced that two of the artist’s works from different periods,  (1945-46, estimate £4 million to £6 million/$4.9 million to $7.4 million) and (2002, £2.5 million to £3.5 million/$3 million to $4.3 million), which belonged to the collection of Simon Sainsbury, will go on sale at house’s 20th/21st-century London evening sale on February 28. (Presale estimates do not include fees) () 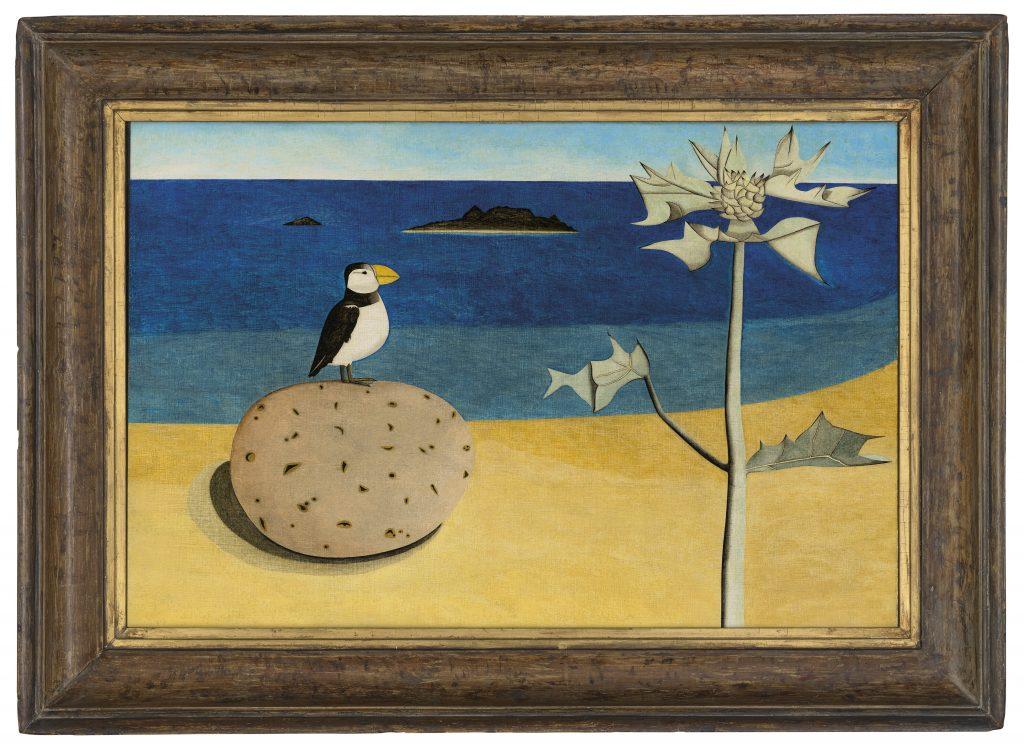 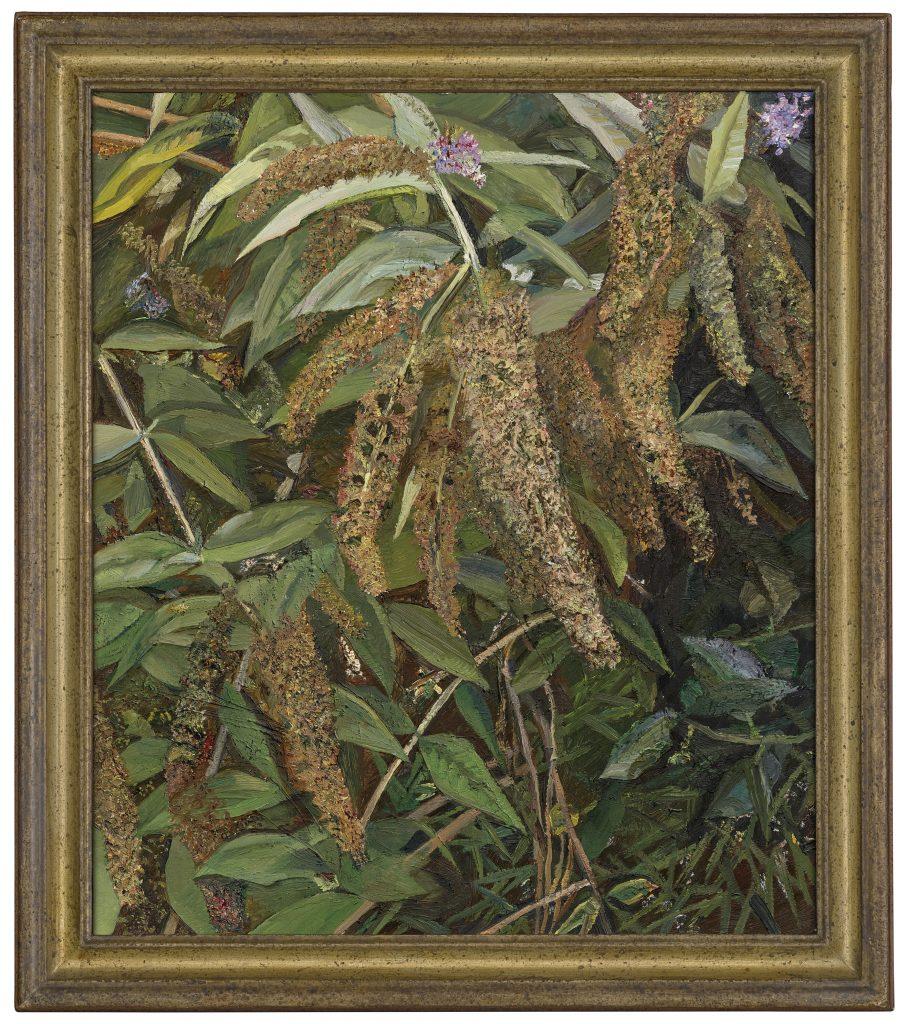 Lucian Freud, Garden from the Window (2002). Courtesy of Christie’s.