Home News Paleontologists in India Have Hit on an Epic Find: Hundreds of Bowling... 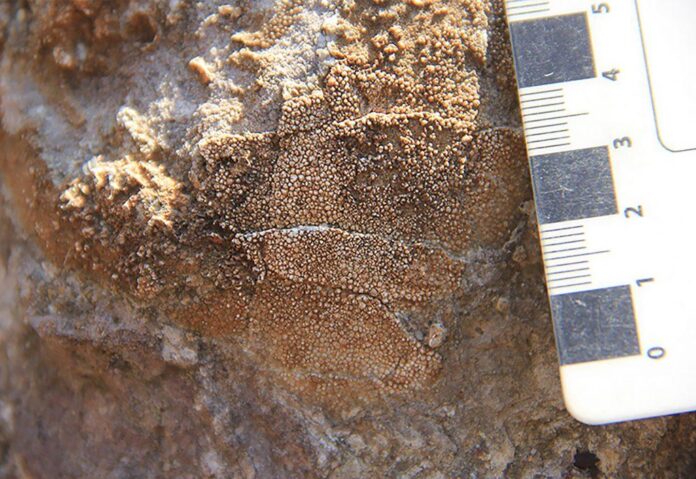 Paleontologists digging in the Dhar district of Madhya Pradesh in central India have turned up a massive and rare hatching site belonging to a colony of titanosaurs, containing 92 nests and 256 eggs.

Located at the Lameta Formation, a sedimentary geological bed, the nests, or clutches, were spaced closely, with each housing about one to 20 eggs or eggshells. The intact eggs ranged in sizes from circular to sub-circular, and in diameter from six inches to 6.7 inches, according to new research from scientists at the University of Delhi. 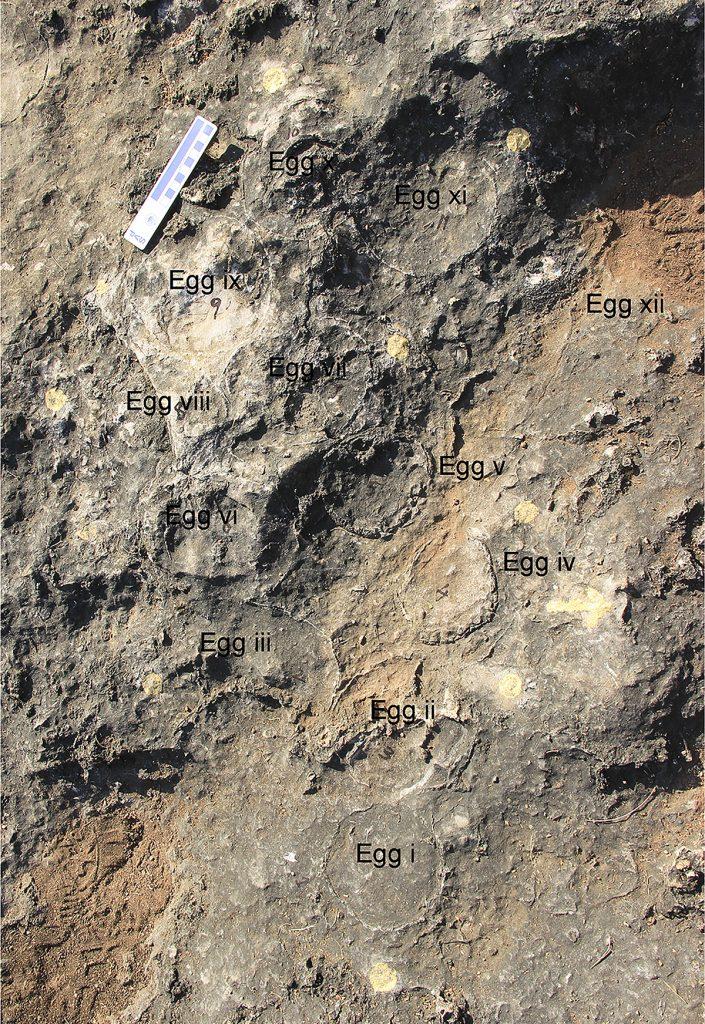 The group’s research has indeed found that titanosaurs nested in ways close to today’s birds, laying their eggs and placing their nests in close proximity as a colony. But considering the sheer size of titanosaurs—the largest known dinosaurs, they could measure up to 100 feet in length—these intimate clutches would have precluded mindful parenting. Newborns, it seems, were left to fend for themselves.

“Closely spaced nests would not have allowed them to visit the nests to maneuver and incubate the eggs or feed the hatchlings,” paleontologist and the study’s co-writer Guntupalli Prasad told CNN, “as the parents would step on the eggs and trample them.”

Much like birds, too, these eggs were likely laid sequentially. Evidence lies in the discovery of malformed eggs, which exhibited a phenomenon known as ovum-in-ovo, wherein an egg is embedded in another. “This is the first report of egg-in-egg pathology in reptiles including dinosaurs,” Dhiman said.

Six new species of titanosaurs were also recorded, building upon the three titanosaur taxonomies already identified from fossils at the Lameta Formation. 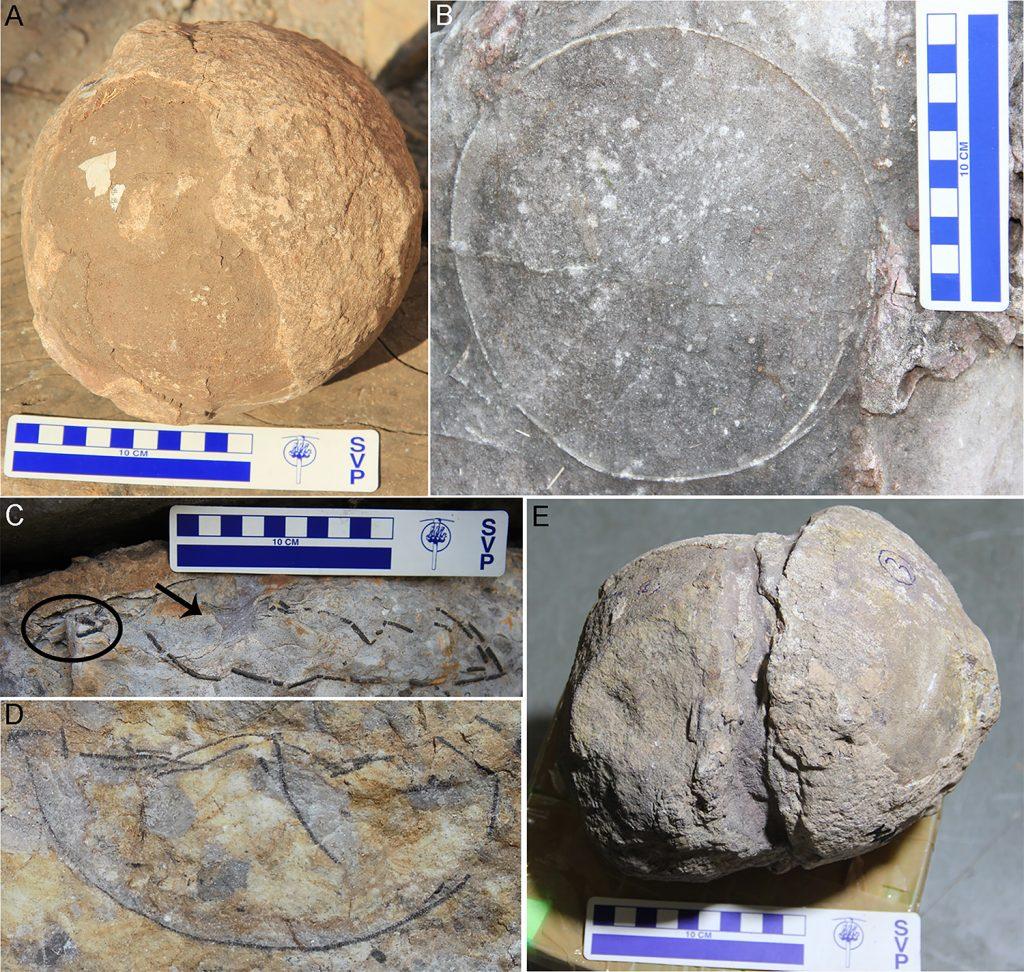 Field photographs of eggs and egg outlines showing various features including a completely unhatched egg (A), an almost fully intact circular outline of an egg (B), a compressed egg with a few eggshells (C), an egg with a curved outline (D), and a deformed egg showing egg surfaces slipping past each other (E). Photo: Dhiman et al., 2023, PLOS ONE, CC-BY 4.0.

Since 1828, when British major-general William Henry Sleeman unearthed the first sauropod skeleton near Jabalpur, a number of other sites at the Lameta Formation have yielded further well-preserved bones of fishes, turtles, snakes, and dinosaurs. The first dinosaur eggs in the area were unearthed in the 1990s. According to the study, the sedimentation and semi-arid climate of the formation offer a friendly depositional environment.

Some of the latest dinosaur clutches were found in a shallow pit and others amid vegetation. Their eggs and eggshells were preserved in sandy limestone and calcereous sandstone, well enough that scientists were able to pick up protein fragments.

To shed further light on the early life of titanosaurs, Dhiman said the team plans to scan the surviving eggs with 3D-computed tomology “to see whether any of them preserve embryonic skeletons.”

Painter Peter Doig Wins $2.5 Million in Sanctions Against a Gallery That Tried to Force Him to Take Credit for Another Artist’s Work

Madonna Bought This Painting 30 Years Ago. A French Town That Once Owned It Is Asking for Its Return on Loan

‘Unsung Heroes’: A Show of Remarkable Designs Recognizes the Contributions Made by 14 California Women Artists