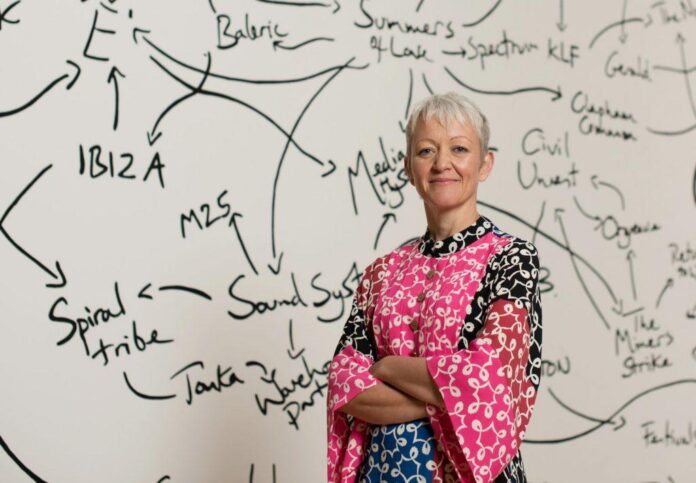 Horniman Museum to Return 72 Nigerian Objects – London’s Horniman Museum is set to return 12 pieces of Benin bronzes, a brass cockerel, a key to the king’s palace, among other items, to Nigeria following a request by the country’s National Commission for Museums and Monuments in January. The decision to return the artifacts to Nigeria was “moral and appropriate,” the museum said. ()

The U.K. Will Get an Alan Turing Monument – British sculptor Antony Gormley will design a 12-foot abstract steel sculpture to honor Alan Turing, the wartime codebreaker. The sculpture will stand at King’s College in Cambridge, where Turing studied from 1931 to 1934 and was elected a fellow in 1935. The design has been approved by the local city council. ()

Meet the Artists Who Sued Tate – Tate has agreed to pay a six-figure settlement to artists Amy Sharrocks, Jade Montserrat, and Madeleine Collie after Sharrocks filed a claim alleging discrimination, victimization, and harassment under the Equality Act in January. Sharrocks was initially appointed as the lead artist of the 2020-2021 season of the Tate Exchange program, and brought Monsterrat on board. But Tate’s director, Maria Balshaw, told the artist she could not work with Monsterrat, who had accused art dealer and Tate donor Anthony d’Offay of sexual misconduct, and called for Balshaw’s resignation. ()

City of London Police Museum at Risk – A museum that is home to a massive collection of objects from London’s history has yet to reopen after more than a year. It was closed for the pandemic and converted into a Covid testing center, according to the City of London Corporation, which owns the museum. The future of the institution now remains unknown. ()

Video Artist Takahiko Iimura Dead at 85 – The news of the death of the pioneering artist was confirmed by Microscope Gallery in New York, which represents the artist. Born in 1937 in Tokyo, Iimura was among a handful of filmmakers working outside the commercial film industry in Japan. He arrived in the U.S. in 1966 and began earning a following in New York with his experimental films. His work has been widely shown at museums and galleries. ()

Christie’s Staffers Sell Their Art – A total of 120 artworks created by 73 staffers from across the auction house’s departments in New York, ranging from operations, client services, and sales, will be sold to raise funds for the non-profit Doctors Without Borders, with estimates starting at $100. Online bidding will open from August 5 to 12. ()

Hari Nef to Play Candy Darling in Biopic About Warhol Collaborator – The yet-to-be titled biopic centering around the LGBTQ+ icon will follow Darling’s rise from Long Island to starring in Andy Warhol’s film . Nef, an openly transgender American actress and a star of Amazon series , will reunite with writer Stephanie Kornick for the biopic. ()

Ai Weiwei to Curate Show of Work by Incarcerated Artists – The exhibition titled “Freedom” will open at the exhibition space of the Royal Festival Hall at the Southbank Centre in London from October 27 to December 18, featuring works by prisoners and those who have been sentenced across the U.K. The exhibition marks the 60th anniversary of the Koestler Awards for arts in criminal justice. ()

See Gaetano Pesce’s Monumental Intervention in Aspen – The multidisciplinary architect and designer has created a monumental, temporary public artwork on the facade of the Aspen Art Museum in Colorado to accompany the two-part exhibition “My Dear Mountains,” which is currently on show at the museum. The exhibition highlights a range of Pesce’s drawings, sculptures, furniture, as well as objects that reflect his one-of-a-kind practice that blends art, design, and architecture. ()

‘I Think I’m in an Abstract Relationship With Reality’: Farah Atassi Takes on Modernist Traditions at the Musée Picasso

See Inside the Light-Filled Studio of Glenn Brown, Where Old Master Woodcuts and Frames Serve as Sources of Inspiration