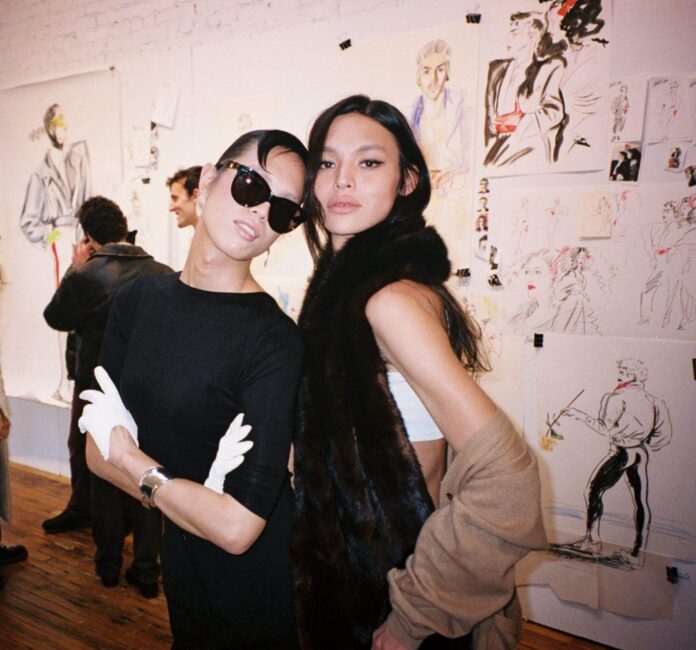 It was cold and gloomy last Saturday afternoon on Canal Street, but a vibrantly glam art happening was brewing in the top-story gallery of a five-floor walk-up. It was a packed house for the opening day of “Walk-ins,” the artist Drake Carr’s live drawing residency at New York Life Gallery. The art performance and hangout runs through February 9 and will crescendo in a zine launch event. 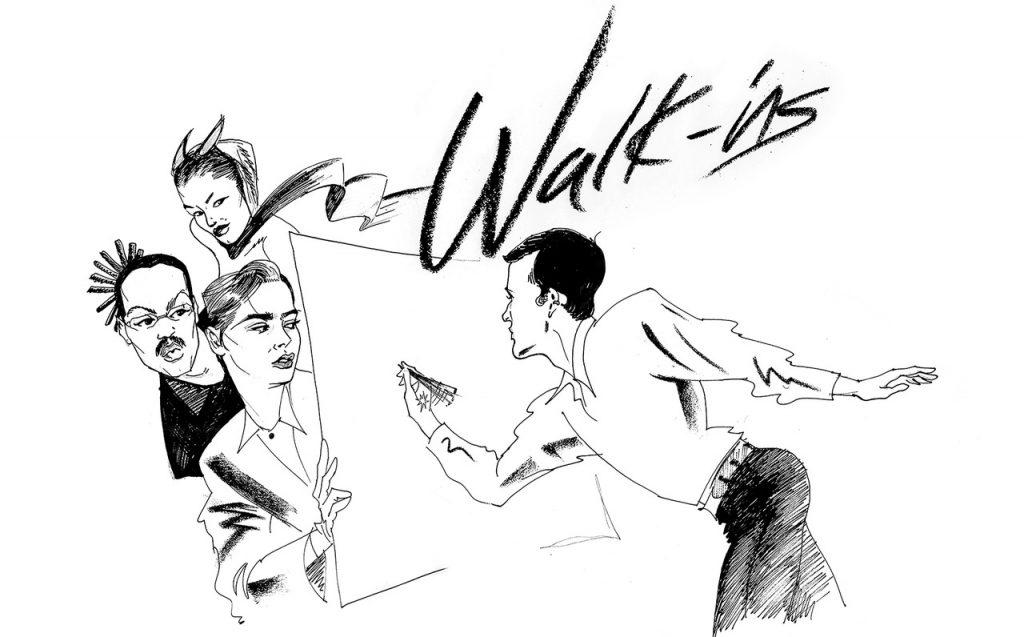 “I don’t come from fashion,” explained Carr, whose previous exhibition at Fierman was gay bar-inspired. He was buzzing around looking rather nondescript and professional in a tucked-in, oversized button-down white shirt between sittings. House music blared and a motorcycle was propped underneath a window for optimum posing potential. 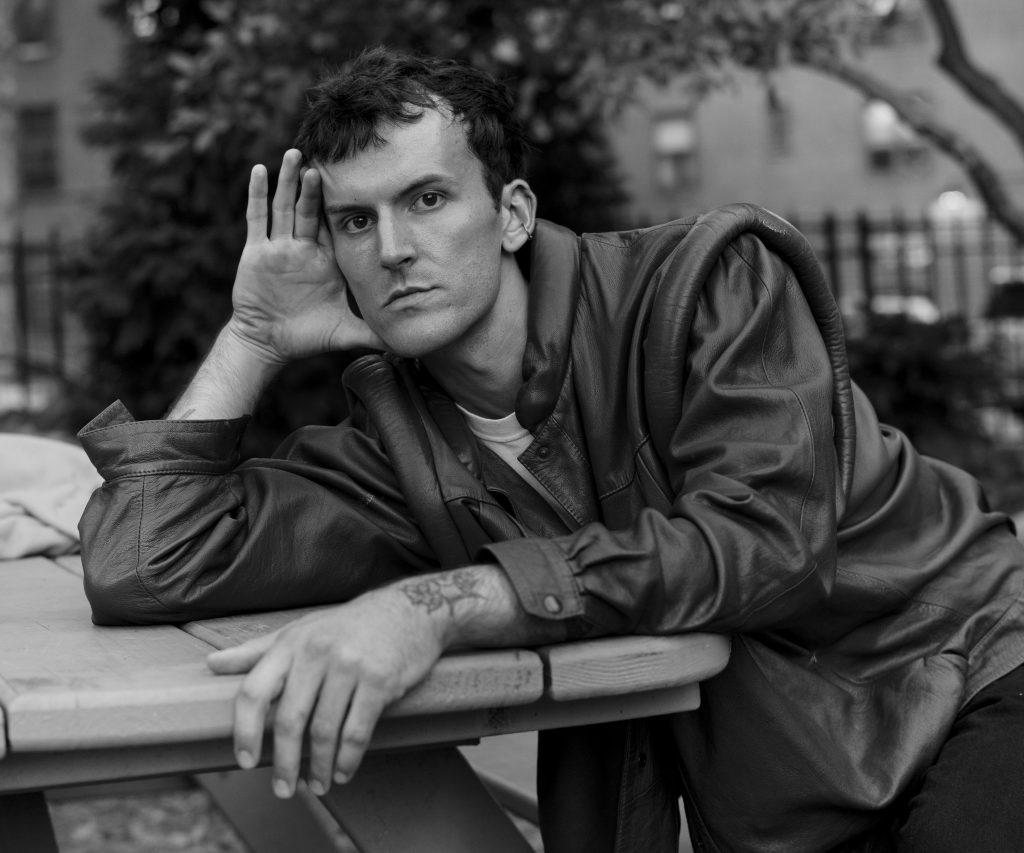 “I’m sort of cosplaying as a fashion illustrator,” he said. “But looking back, I think there is a through line with my work. Like even just drawing superheroes as a kid, it was always about the outfit. So, this is like just me, explicitly and shamelessly playing dress up.”

The white painted-brick walls were adorned with his 1980s-inspired sketches that were heavy on big hair, shoulder pads, dramatic makeup, and pizzaz. The images evoked that era’s defining fashion illustration heavyweights such as Patrick Nagel, Tony Viramontes, and Antonio Lopez. One of Lopez’s muses, supermodel nonpareil Pat Cleveland—looking amazing—was in attendance. She was drawn for the show, resplendent in a red bow and matching lipstick. 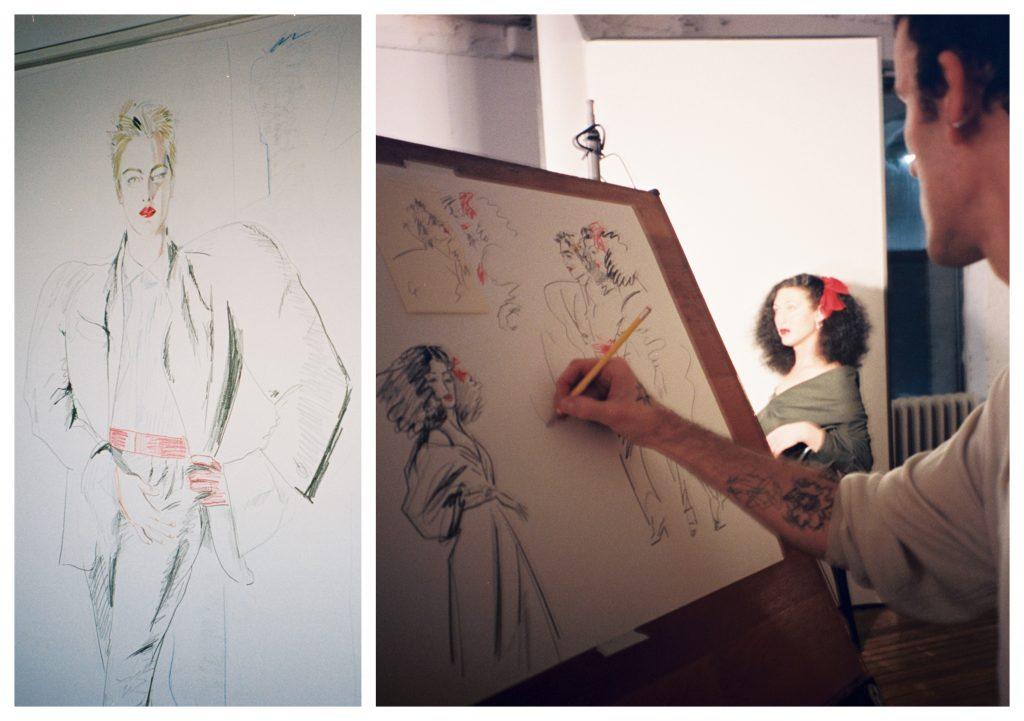 The “Walk-ins” cast has been a mix of downtown to Ridgewood art and fashion luminaries, such as ’s fashion director Dara and trans modeling icon and artist Connie Girl, a fashion illustrator herself and former Thierry Mugler runway star. Among the next batch of guest stars to pose are fashion model Karlie Kloss and singer Macy Rodman. United, they’d constitute the most fab dinner party.

The models are instructed to bring a bag of their own clothes for different looks. Carr sends them some inspiration screenshots for the style vibe. Apparently, the memo was well-received as they served up some outfits that certainly got the artist hype. 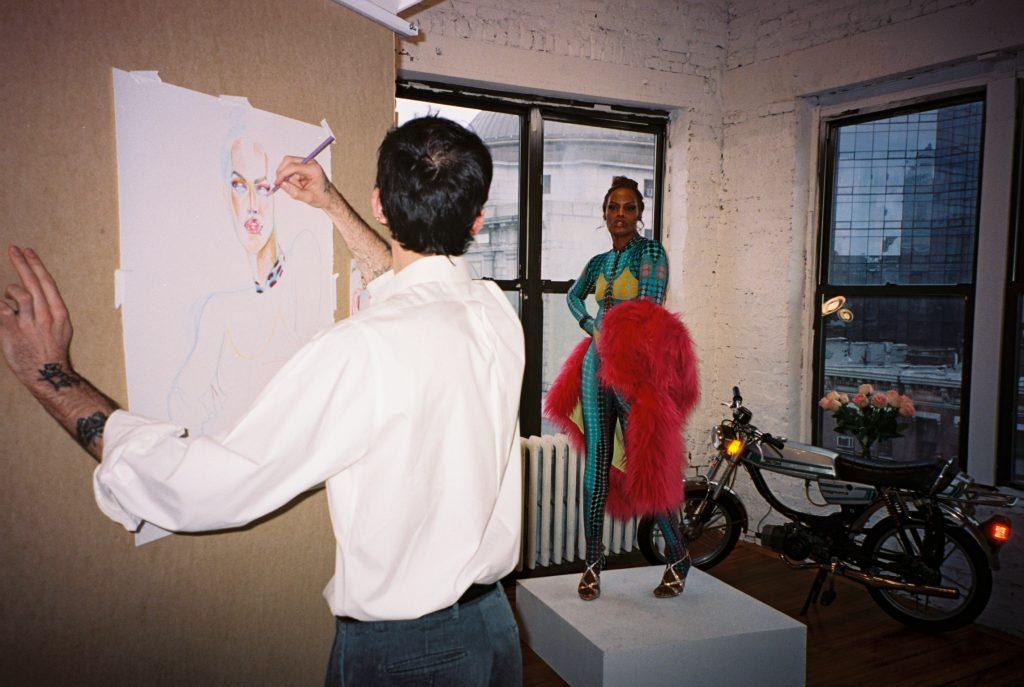 “He’s already filled the room and most of the pieces have been purchased,” said Ethan James Green, founder of New York Life Gallery who happens to be one of the top fashion photographers working today. “Some pieces will be more developed. He might paint some. When people have been purchasing, he’s been saying, ‘Oh, do you want me to freeze where it’s at? Or are you open for it to develop?’”

Green and Carr met recently and both hail from the fashion hotbed of Michigan. They had overlapping friend groups and through a hot combo of osmosis, kismet, and glamour Drake’s “Walk-ins” became the sophomore show at the nascent gallery.

“We’ve brought both our worlds together and it’s been such a seamless, incredible mashup that’s felt so organic,” said Green, who’s impressed with the outcome and is excited to witness the evolution of the exhibition. 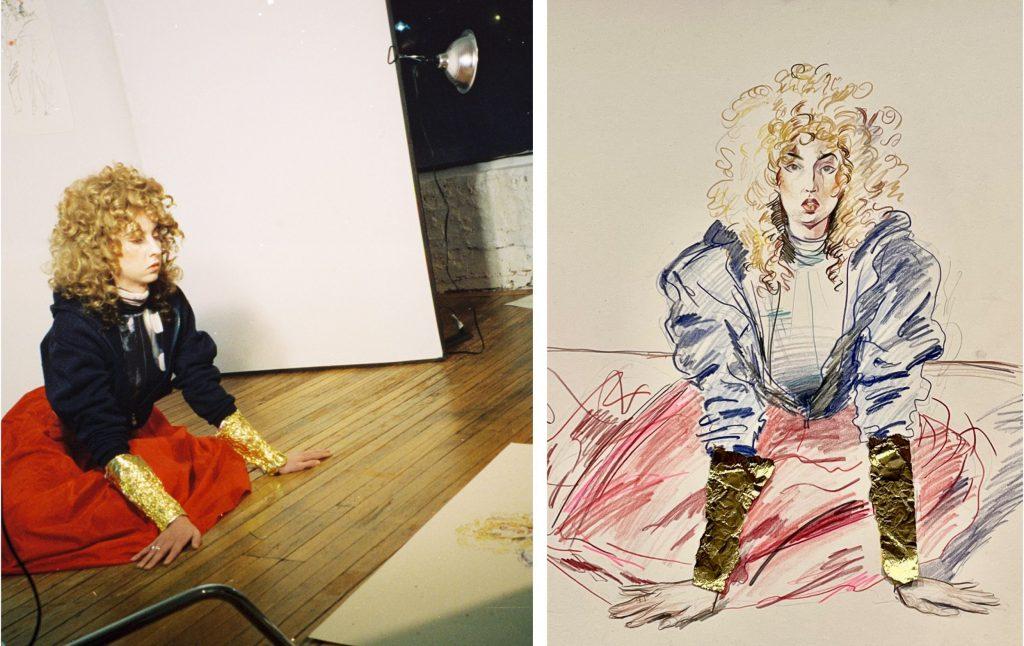 Crouching for glory: a model poses and a detail of her portrait. Photo: (left) Jan Carlos Diaz, (right) Angela Kelley.

“Live drawing is relatively new for him and he just gets better and better,” Green said. “Next week, it will probably look completely different in here.”

Carr didn’t seem apprehensive as he was preparing to sketch his next portrait. “I thought I was gonna be a little nervous,” he said. “But anytime I start to wonder if this is going to be too much, I just remember, it’s like the only thing in life that I feel totally confident that I can do. It’s basically the only thing that I can do without question, you know?” 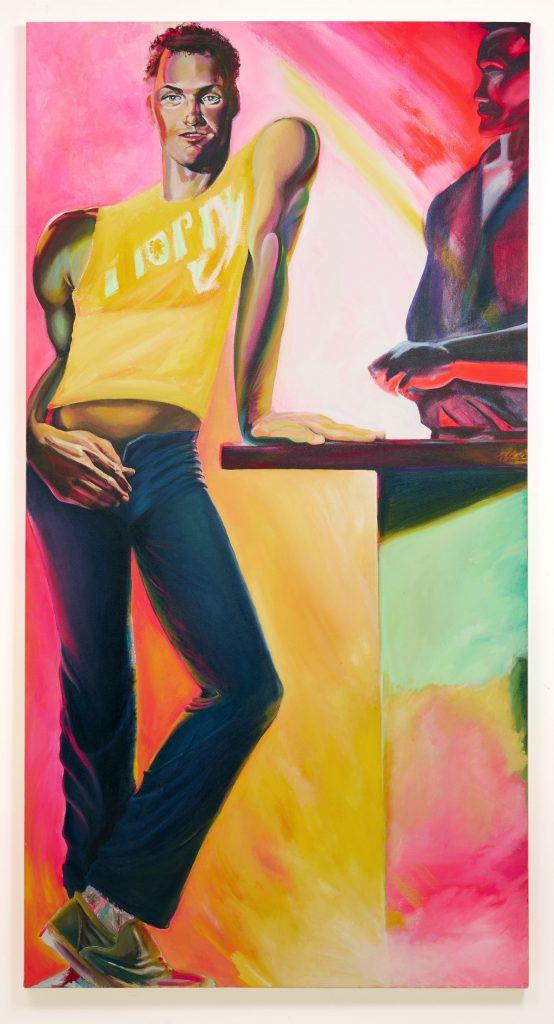