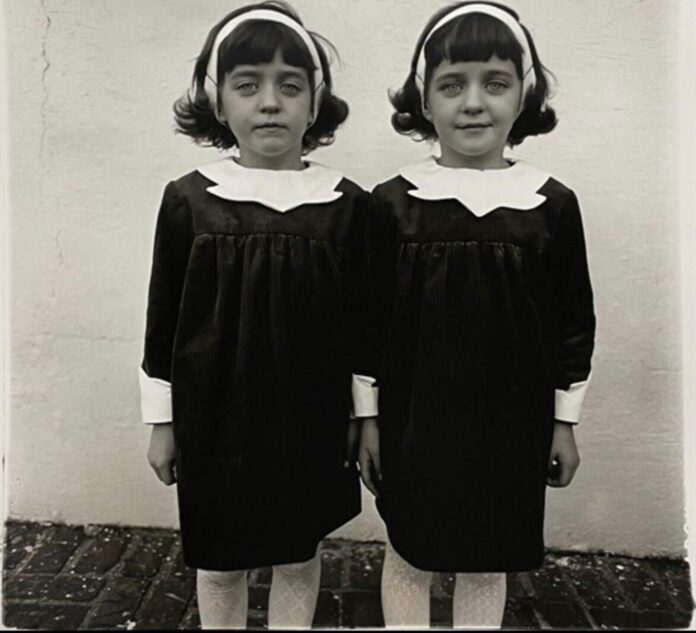 In celebration of Artnet’s Important Photographs sale, we asked three of our specialists to tell us about three groundbreaking female photographers—Diane Arbus, Lisette Model, and Cindy Sherman—and three of their poignant portraits of women. Each work is live for bidding on Artnet Auctions through September 28.

“This impressive portrait of seven-year-old sisters was photographed by Diane Arbus during a small Christmas party for local twins and triplets held at the Knights of Columbus hall in Roselle, New Jersey. The two girls are isolated in front of a white wall, and the strong black and white contrasts, the simplicity of the setting, and Arbus’ unflinchingly straightforward style lead the spectator’s eye to the small details—especially the girls’ individual face expressions and self-presentation. As Arbus wrote: ‘There are and have been and will be an infinite number of things on Earth. Individuals all different, all wanting different things, all knowing different things, all loving different things, all looking different….That is what I love: the differentness.’ Her credo is well interpreted in this iconic photograph.” —Simone Klein, Senior International Specialist, Photographs

Currently on view in New York, David Zwirner Gallery has recreated Arbus’s landmark 1972 retrospective, originally staged at the Museum of Modern Art shortly after the artist’s untimely death. During her lifetime, she was immersed in the New York artistic scene, and she briefly studied under other pioneering female photographers, including Berenice Abbott and Lisette Model at the New School. The influential photography curator Peter Bunnell knew both artists and explained how “Model was able to instill in Arbus a self-confidence of approach and engagement that really released Arbus…There was a very tight connection, woman to woman, about what was possible.” The two became lifelong friends. 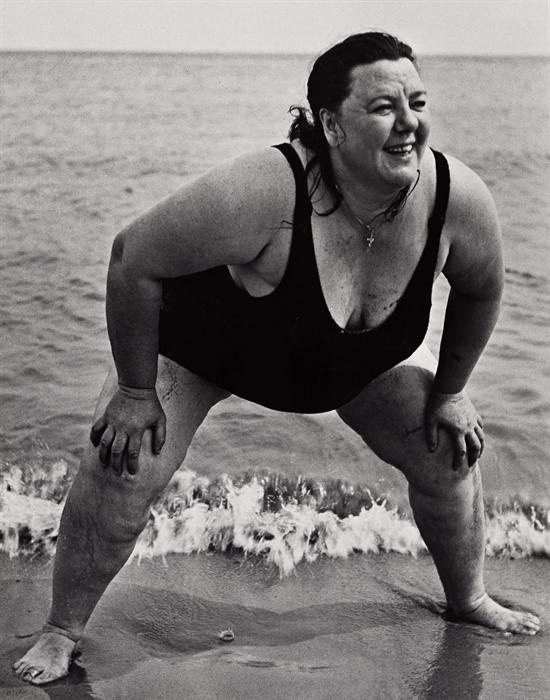 “Lisette Model’s legacy as a pioneer of street photography and mentor to her students, notably Diane Arbus, is highly evident in her essential portfolio, . From Model, Arbus gained the confidence to capture her vision: penetrative portraits of marginalized people and those she met on the street, who, like her teacher’s subjects, emanated and appealed from their humanity. Among the highlights of this portfolio include Model’s best-known work, (above), an arresting yet exuberant embodiment of a New York personality. As an immigrant who fled rising anti-Semitism in 1930s Europe, Model’s eye was also highly attuned to her subjects’ fragile existence, unexpected beauty, and diversity.” —Anabel Wold, Specialist, Photographs

Both Arbus and Model favored subjects that were unusual for their time. Whether they chose sideshow actors or heavyset bathers, their images excel by radiating a connection with the subject. Decades later, instead of seeking out strangers on the beaches of Coney Island or in the New Jersey suburbs, Cindy Sherman put a new twist on the photographer’s connection to a subject by physically embodying them, altering her own appearance to fit her artistic vision. First working in black and white with her influential “Untitled Film Stills,” Sherman’s progression to color enhanced her study of female representation. 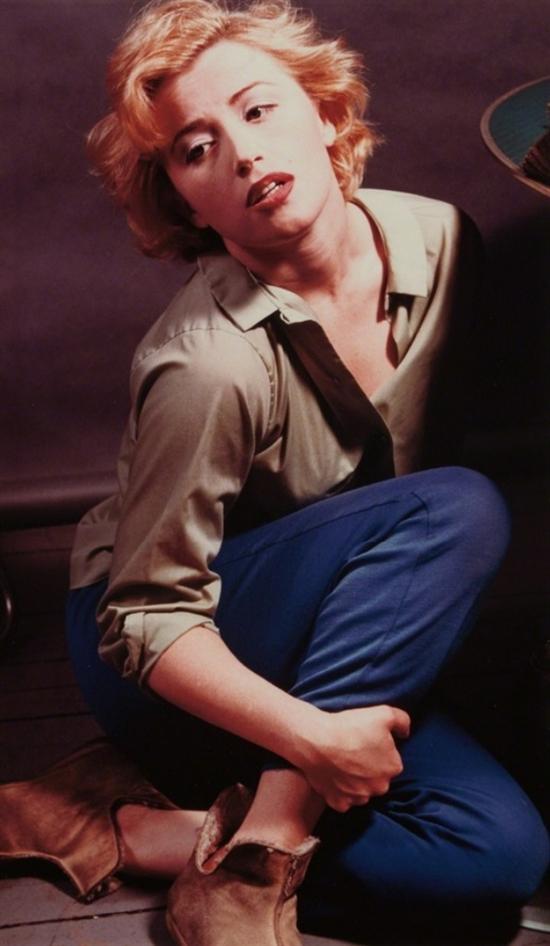 “While Cindy Sherman is famously known for transforming herself into generic ‘types’ of women in her classic ‘Film Stills’ in order to explore issues of the representation of women, this image is unusual in that it directly references Marilyn Monroe through the use of her blonde hair, parted red lips and beauty mark, and her ‘femme fatale’ pose. Made in 1982, it comes after her celebrated ‘Film Stills’ and the ‘Centerfolds’ commissioned by . As in the ‘Centerfolds,’ in this image Sherman has reversed the usual dynamic of male photographer and female pin-up. In assuming the persona of Marilyn, her own identity becomes totally subsumed, but she also succeeds in making the viewer feel uncomfortable, and aware of their position, as if they have intruded on a starlet’s personal moment.” —Susanna Wenniger, Head of Photographs

The Home of Ronald Lauder, Along With Its Vast Private Art Holdings, Has Been Reproduced Inside the Neue Galerie New York