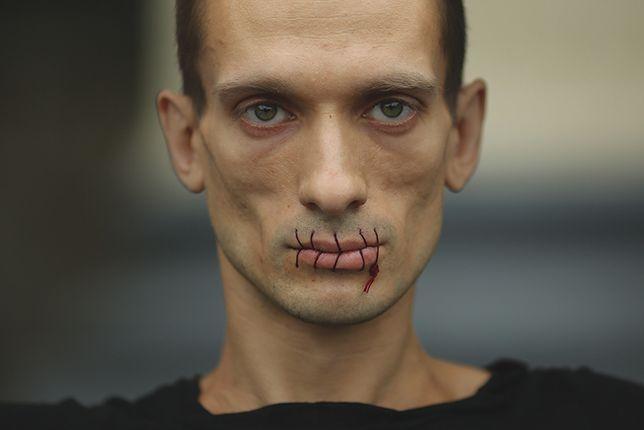 The Russian artist Pyotr Pavlensky, who had been due to travel to London this week for the opening of his show, Pornopolitics and Other Precedents, was unable to attend after a decision by the French authorities denying his travel was overturned just a week ago—leaving it too late for him to apply for a visa.

Pavlensky, who sought asylum in Paris in 2017, was last month ordered to stand trial in France over leaked sex videos that in early 2020 brought down the French politician Benjamin Griveaux, President Emmanuel Macron’s “right-hand man”, who had been due to run for Paris mayor.

Pavlensky was initially denied permission to travel to London by the French authorities as the artist had refused psychiatric treatment that an investigating judge had imposed on him as part of a judicial review two-and-a-half years ago.

Pavlensky defends his position, saying: “I refused this forced psychiatric treatment as a matter of principle because I’m fed up. Artists have been oppressed by psychiatry for centuries; it has to change! We shouldn’t repeat the same mistakes that have been made in the past, saying artists are either criminals or mentally ill people. Judges are again using psychiatry as an instrument to oppress artists.”