Home Art market Five of Van Gogh’s Sunflowers Will Be Shown on Facebook Live in... 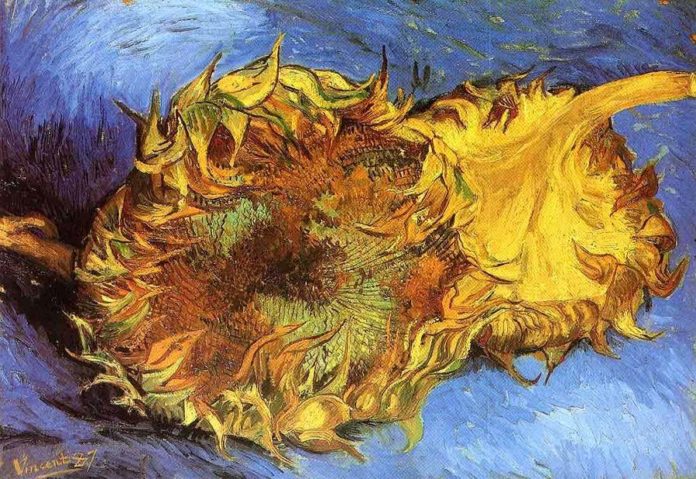 Five of Van Gogh’s Sunflowers are to be brought together in a “virtual exhibition” that will be shown on Facebook Live next Monday (14 August). The live stream will include 15-minute presentations by curators from each of the five museums which own the paintings. These are the National Gallery (London), Neue Pinakothek (Munich), Philadelphia Museum of Art, Van Gogh Museum (Amsterdam) and Sompo Museum (Tokyo).

The five Sunflower paintings have never been brought together since they were dispersed by Jo Bonger, Vincent’s sister-in-law, by the early 20th century. Now scattered in museums across the world, only some of them ever travel, and then only extremely rarely, while others are never lent. This is both for conservation reasons and because of their importance to the owning museums.

Two of Van Gogh’s Arles Sunflowers will be missing from the Facebook presentation. The Three Sunflowers, the first of the summer 1888 series, is hidden away in a private collection and was last exhibited at the Cleveland Museum of Art in 1948. Van Gogh’s Six Sunflowers was destroyed in Japan, when America bombed the city of Ashiya in 1945.

Willem van Gogh, the great grandson of Theo, the artist’s brother, will be speaking in the Facebook presentation. He vividly remembers the Van Gogh Museum’s Fifteen Sunflowers hanging in the living room of his grandparents. Vincent Willem recalls: “I spent many moments looking at all the shades of yellow… It is as if he [the artist] is making the sun shine on you through these sunflowers.”