Home News Beeple’s Hybrid Sculpture ‘Human One’ Is Due to Land in Hong Kong’s... 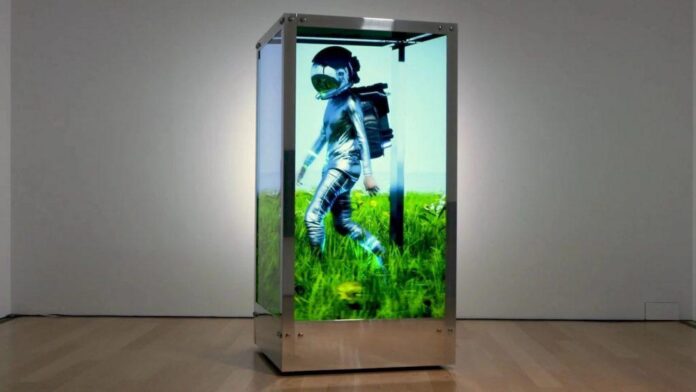 On the heels of it inclusion in an exhibition at Castello di Rivoli in Italy earlier this year, Beeple’s first hybrid sculpture, Human One, will now make its way to M+ Museum in Hong Kong, heralding the artist’s first solo presentation in a major Asian institution.

depicts a helmeted astronaut walking through an ethereal landscape on a four-channel digital video loop, set within a polished aluminum frame and mahogany wood support. The work was purchased as an NFT for more than $28 million by digital art collector Ryan Zurrer at a Christie’s auction in 2021; its physical form will be installed in M+’s Focus Gallery beginning December 9.

“I am extremely excited and honored to have my work showing in M+,” Beeple said. “I believe artwork like this that is dynamic and has the ability to change meaning over a long period of time shows the true potential for digital art both now and in the future.”

Beeple rose to prominence on the heels of Everydays: the First 5,000 Days, a collage of images minted as an NFT, which fetched a whopping $69.3 million at auction in March 2021.

Since then, Beeple has gone on to spearhead a number of new projects and initiatives, including a major studio and physical digital art gallery set to open next year in North Carolina, as well as a recently announced advisory role with Yuga Labs. The latter position comes after the company acquired WENEW, a NFT startup that Beeple co-founded in 2021, which has pursued a number of brand collaborations with the likes of Gucci, Louis Vuitton, and Playboy. 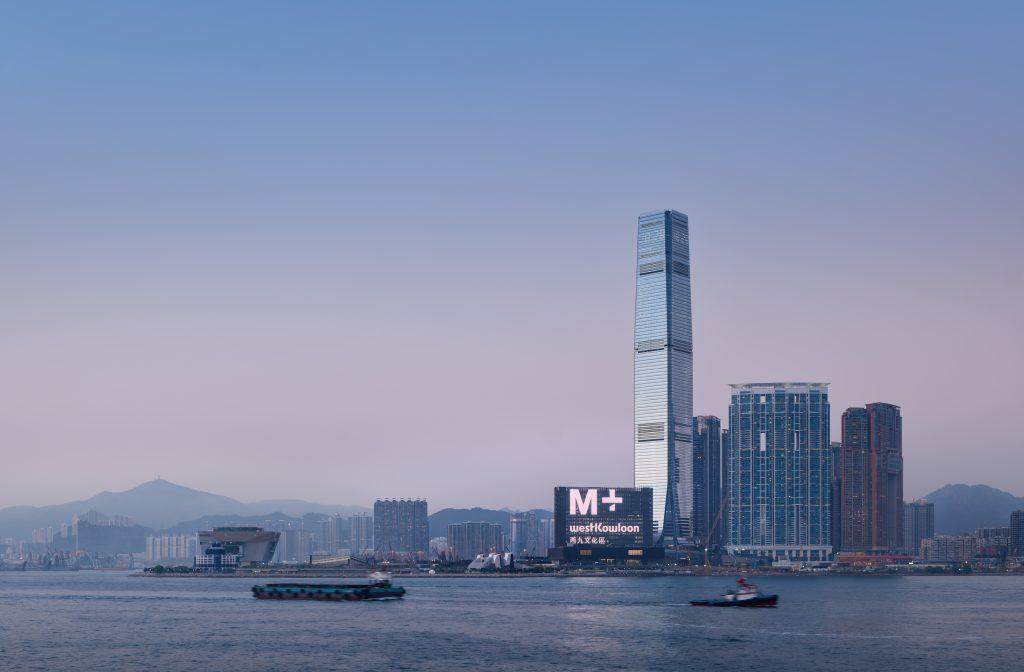 The new M+ museum seen across the Hong Kong skyline. Courtesy of M+.

M+ opened in November 2021 in the West Kowloon Cultural District of Hong Kong, with the core of the museum’s collection coming from the Swiss art collector and former ambassador to China, Uli Sigg. The museum currently houses a number of other works that align heavily with digital art, including Ian Cheng’s generative, A.I-powered work, B.O.B. (Bag of Beliefs) (2018–19), as well as Harun Farocki’s Parallels I-IV (2012–14), a video installation that homages early video game culture.

According to Sunny Cheung, the M+ curator responsible for stewarding Beeple’s toward the museum, the sculpture conceptually echoes several other core pieces of M+’s collection.

He points to (2009) by Cao Fei, a virtual work that “depicts a land within Second Life, which is for all intents and purposes, an early vision for the metaverse,” he told Artnet News. “Of course, , as an iconic piece of our times, takes on [that] mantle.”