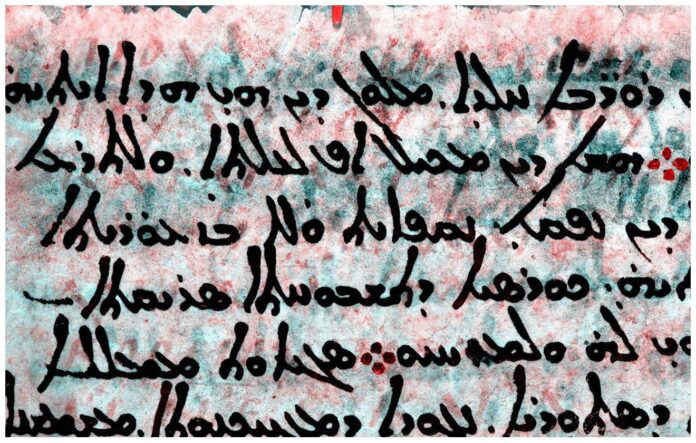 Researchers have found a long-lost star catalogue hidden on the pages of a medieval manuscript. The erased text, copied during the 5th or 6th centuries AD, consists of excerpts from the work of the ancient Greek astronomer Hipparchus.

“These are the first known excerpts to come directly from Hipparchus’s star catalogue. They illustrate the precision of Hipparchus’s measurements,” says Victor Gysembergh, a French National Centre for Scientific Research (CNRS) research professor, and one of the authors of the paper, published in the Journal for the History of Astronomy.

The hidden text describes the coordinates of the constellation Corona Borealis, establishing its stars’ positions in the sky along with the length and breadth of the constellation as a whole. Although Hipparchus is not identified by name in the text, the stars’ positions reflect observations made around 129BC, when the famous Greek astronomer lived. The discovery is significant because Hipparchus’s work has largely vanished, with his star catalogue mainly known from the writings of later authors.

“Ancient authors gave such puzzling indications that the very existence of Hipparchus’s star catalogue was open to question,” Gysembergh says. “None of its content was thought to have survived to the present day. It is the first time that we are able to read some of its content, thus confirming its existence and providing unprecedented insights into the ‘observatories’ of Hipparchus and his successor Claudius Ptolemy.”

The extract from Hipparchus’s lost work was discovered when researchers studied the Codex Climaci Rescriptus, a manuscript dated to the 9th or 10th century AD. Scribes reused old pages of parchment to create this codex, erasing their original content; but the earlier text remained, faintly visible beneath the words—documents reused in this way are called palimpsests. Experts used a process called multispectral imaging to enhance these faint remains and reveal the Greek text.

The codex was originally kept in Saint Catherine’s Monastery in Egypt’s Sinai Peninsula. Most of its pages were sold between 1895 and 1906, and passed through various hands until reaching the Museum of the Bible in Washington, DC. One page ended up in Birmingham, UK, while others remain in the Sinai.

“It is truly awesome to be part of such a discovery, which was made possible by teamwork with remarkable colleagues from fields as far apart as engineering, computer science and paleography,” Gysembergh says. “It sends shivers down my spine to think of all the other texts that are waiting to be discovered in other palimpsests.”