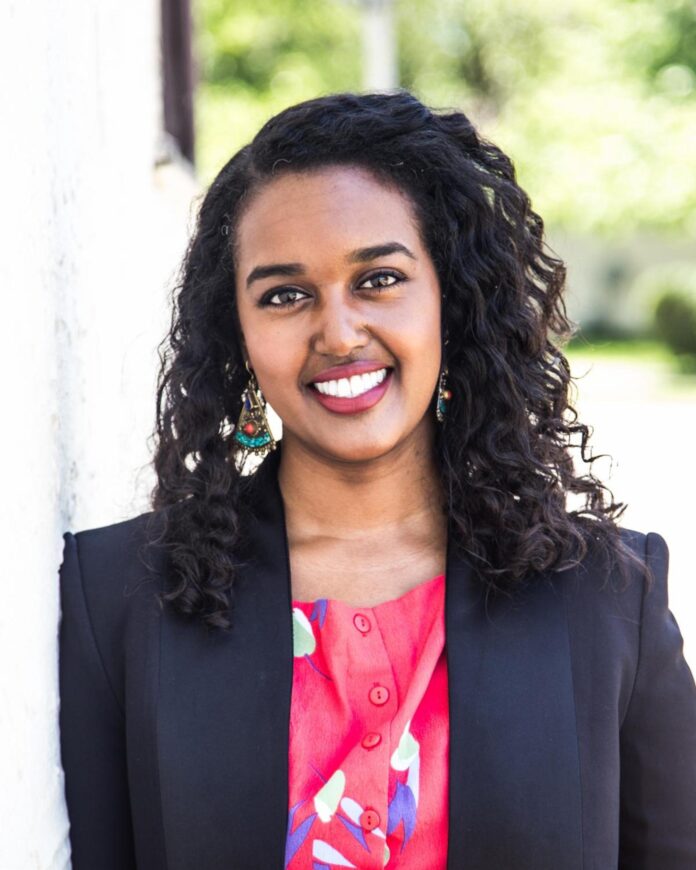 US President Joseph Biden has named Tsione Wolde-Michael, the director of the Center for Restorative History at the Smithsonian Institution’s National Museum of American History in Washington, DC, to be the executive director of the President’s Committee on the Arts and the Humanities (PCAH). The committee had been dissolved by the administration of Donald Trump in 2017 after all its members resigned in protest of the president’s response to the deadly riots in Charlottesville, Virginia. Biden re-established it through an executive order signed in September.

“I’ve spent my career as a public historian launching large-scale projects from the ground up and working to transform understandings of our nation’s past,” Wolde-Michael said in a statement. “President Biden’s new executive order supports telling a fuller, more expansive American story through the arts and humanities; it recognizes that these areas are essential to the vitality of our democracy while centering equity, accessibility and the inclusion of historically underserved communities in an unprecedented way.”

Wolde-Michael studied at Macalester College and Harvard University before beginning her museum career at the National Museum of African American History and Culture (NMAAHC)—where she helped produce the inaugural exhibition Slavery and Freedom. She has also been involved in the NMAAHC’s Slave Wrecks Projects, a multi-pronged marine archaeology research project to identify and study sunken ships involved in the transatlantic slave trade. She is the youngest and first Black person to lead the PCAH.

In her new role, Wolde-Michael will lead a 25-person committee of leaders from the museums, libraries, arts and humanities sectors whose names will be announced by the White House in a few weeks. The committee will advise the president on policy goals, partnership opportunities and programmes to increase support for libraries, museums, humanities and the arts. She will work in league with the chairs of the National Endowment of the Arts (NEA) and the National Endowment for the Humanities (NEH), Maria Rosario Jackson and Shelly C. Lowe (Navajo), respectively, as well as Institute of Museum and Library and Services (IMLS) director Crosby Kemper.

“Through her work for the Smithsonian, Wolde-Michael has shown herself to be an extraordinarily talented curator and historian with an ability to engage communities through innovative and impactful exhibitions and public history projects that illuminate the ways history shapes both our country and daily lived experience,” Lowe said in a statement. “She brings to the position a deep understanding of the issues of vital concern for museums, archives, historic sites and other cultural institutions, and a passion for using the humanities to help build a more just and equitable society.”

The PCAH was created in 1982 under president Ronald Reagan to advise the White House on arts and humanities policy in consultation with the three main federal agencies interfacing with those sectors, the NEA, NEH and IMLS. At the time of the committee’s mass resignation in 2017, its acting executive director was John Abodeely, who now serves as the executive director of the Houston Arts Alliance, and the honorary chairman was first lady Melania Trump (who did not resign).

Ever Noticed All the Maps in Vermeer’s Paintings? Here’s What They Mean

Can a Sculpture Dance? Here Are Three Things to Know About Artist Nick Cave’s Beloved ‘Soundsuits’