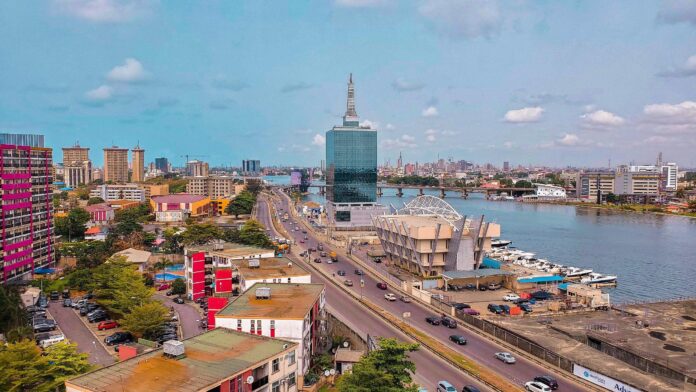 The largest-ever edition of Art X Lagos—West Africa’s leading commercial art fair—opens to VIPs today (until 6 November). This year’s instalment presents work by 150 artists from over 40 countries across Africa and the diaspora, brought by 31 international art galleries. Newcomers, such as Selebe Yoon (Dakar) and African Arty (Casablanca) join regular exhibitors, including Kó from Lagos and Paris’s Galerie Clémentine de la Féronnière. Works at Art X Lagos range from around $3,500 to $100,000, with the majority around the $15,000 mark.

Reflecting on the scaling force of the fair, now in its seventh edition, its founder Tokini Peterside-Schwebig says: “We are not defined as a West African fair. We are the leading international fair in the region. Is there any place in the world where you have Black collectors, Black dealers, and Black artists, all of African descent?”

But as its international outlook grows does Art X Lagos run the risk of resembling more-established fairs in the Global North such as Frieze London and Art Basel at the expense of the community that built it? Asked whether local heritage and artistic practices are at risk amid Africa’s growing share of the art market, Peterside-Schwebig maintains that Art X Lagos is intentional, self-examining and “does not drive an international outlook at the expense of the local”.

This opinion is supported by prominent Lagos collectors such as Femi Akinsanya, who focuses on Nigeria’s historical artistic traditions and the patronage of the arts among the Yoruba and other indigenous ethnic groups. He says of the local collecting ecosystem: “We have seen a significant rise in the volume and value of collecting in recent years,” but “Nigerians have led the culture of collecting and support of artistic traditions for centuries”. Akinsanya adds that investing in local artistic practices to strengthen their conceptual engagement, knowledge and craftsmanship is key to maintaining their competitive edge within a global market.

Indeed, a number of events are taking place across Lagos and beyond to coincide with the fair, all of which signal long-term investment in local art infrastructure. Most notable is the international launch of the Guest Art Space (GAS) residency programme, founded and developed by the British-Nigerian artist Yinka Shonibare.

The residency spans two sites, one in Lagos and the other in Ijebu, a three hours drive from the city centre. The latter, designed by Papa Omotayo MOE+ architects, rests on a 54-acre plot in a working farm that produces crops ranging from cassava to cashew and maize. It offers a regenerative farming model that is responding to food insecurity within the local community, and in doing so it provides a new model for artist residencies globally. Next year, four workshops dedicated to craft practices such as ceramics and weaving will be built on site.

Meanwhile the Lagos space will host a large research library, currently in the process of being developed and digitised. Eventually, it will become accessible to the public. According to Yinka Shonibare, both these spaces have been created to deepen conversations between local art markets and international patrons, galleries, and the broader community. “I think it’s important to not to be passive about these issues”, he says. “I think the residency spaces are going to make a huge difference because many Nigerian artists want to have a dialogue with international artists, and there might be artists, who may not be travelling or may not be able to travel from Nigeria.”

GAS has also awarded seven fellowships to local artists, for which an interrogation of the relationship between art and ecology will be central. This conversation is certainly timely as Africa prepares to host the Cop27 summit in Egypt from next week. Despite the festivities of Lagos art week, it is difficult for environmental concerns to not remain centre stage. Devastating floods across Nigeria displaced more than one million people in September, although Lagos was one of the lesser-affected regions. Nonetheless, low-lying coastal cities like Lagos are at increasing risk of being permanently submerged by 2100 due to seasonal flooding.

But for many, this only provides a greater impetus to develop collaborative and knowledge-sharing events and spaces in which issues such as climate change can be discussed. “Art X Lagos is far more than just a fair; it is a catalyst for the place and space we call home,” Peterside-Schwebig says. And while barriers to developing infrastructure across the country remain—including insufficient knowledge exchange and a lack of financial backing and accountability—this week makes clear that a master plan to harness Lagos’s tremendous cultural potential is in formation.