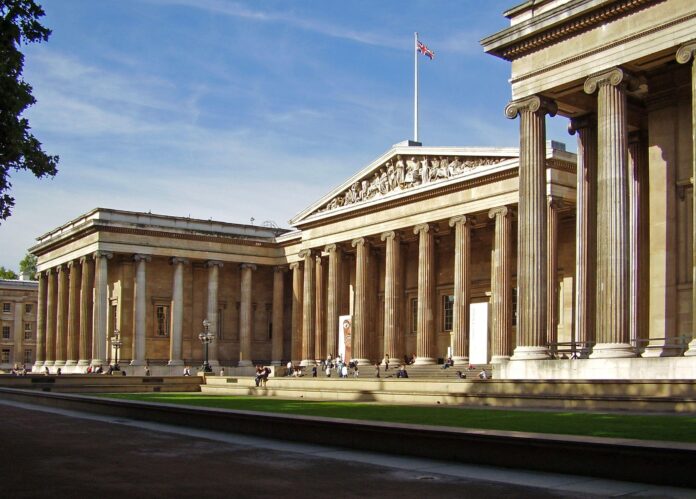 After years of rebutting the Greek government, the British Museum is now striking a conciliatory tone over the Parthenon Marbles, as Jonathan Williams, the museum’s deputy director, suggests that a new “cultural exchange” arrangement with Greece could be on the horizon.

For decades, officials at the museum have adopted a hardline stance on sending the works back to Greece, insisting that a 1963 act of parliament prevents deaccessioning the ancient objects that have been housed at the London institution since the early 19th century.

In an interview with the Sunday Times, Williams said: “What we are calling for is an active ‘Parthenon partnership’ with our friends and colleagues in Greece. I firmly believe there is space for a really dynamic and positive conversation within which new ways of working together can be found.” Crucially, the British Museum says in a statement: “We will loan the sculptures, as we do many other objects, to those who wish to display them to other public around the world, provided they will look after them and return them.”

“The sculptures are an absolutely integral part of the British Museum,” Williams added. “They have been here over 200 years.” But he says that “we want to change the temperature of the debate”, raising the option of loaning the works. “We need to find a way forward around cultural exchange of a level, intensity and dynamism which has not been conceived hitherto. There are many wonderful things we’d be delighted to borrow and lend. It is what we do,” Williams added.

In return, Greece may lend key treasures to the UK, says the Sunday Times report. Earlier this year, the Antonino Salinas Regional Archaeological Museum in Palermo, Sicily, agreed to return a Parthenon fragment to Greece as part of an extensive exchange agreement with the Acropolis Museum in Athens.

A spokesperson for the Parthenon Project campaign group says: “We need a forward-looking, mutually beneficial agreement, in the form of a cultural partnership between Greece and Britain. This would see the Parthenon Sculptures permanently return to their rightful home in Athens and other wonderful Greek objects displayed in Britain for the first time, making sure this exchange works for both sides.”

But how the debate moves forward remains to be seen as Greece has always wanted to regain “ownership” of the Marbles. “There is definitely space for not just warm words, but doing stuff together. We want to do something qualitatively different,” Williams said, refuting the idea that the museum could show instead 3D replicas of the Marbles. “People come to the British Museum to see the real thing, don’t they?” he said.

The fifth-century-BC statues have been housed at the British Museum since 1817 after they were removed from the Parthenon temple on the Acropolis in Athens by the Scottish nobleman Lord Elgin, the then Ottoman ambassador. An online statement previously posted by the museum reiterated that the trustees have never been asked for a loan of the Parthenon sculptures by Greece, “only for the permanent removal of all of the sculptures in its care to Athens”.

But in June, George Osborne, the chairman of the British Museum, said there is a “deal to be done” over sharing the Parthenon Marbles with Greece, fuelling the long-standing debate over the reunification of the ancient sculptures.

Earlier this year, Eleni Vassilika, the former keeper of antiquities at the Fitzwilliam Museum in Cambridge, said that “the arguments against the return of the Marbles are no longer tenable”. But the classical archaeologist Mario Trabucco della Torretta said that sending the sculptures to Athens would “only feed the beast of ideology and nationalist myth”.

Art Star Christina Quarles on the Joys of Her ‘Chunky’ Studio in the U.K. Countryside, and the Home Depot Purchase She Can’t Do Without