Home News Can this ‘art world outsider’ draw in an art-curious YouTube crowd? 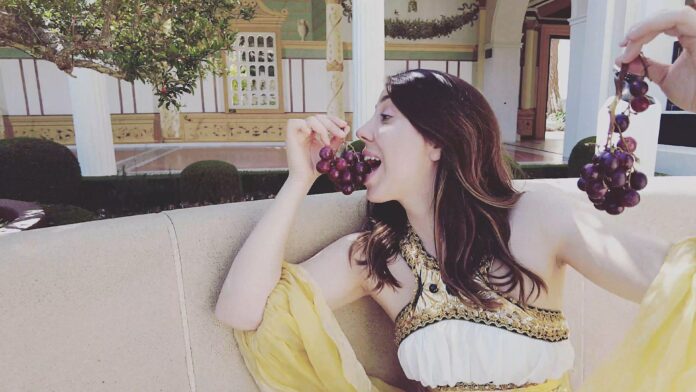 “Hi, I’m Jessie. I’m a sciencey math kind of person, and yet, I work at the Getty—famous for its art and culture.” So begins each ten-minute episode of the J. Paul Getty Trust’s light-hearted YouTube video series Becoming Artsy.

The initiative was launched a year ago as an introduction to the Los Angeles-based organisation’s museum, research institute and gardens. In its newly released second series, it has morphed into a programme that promotes learning about art through the lenses of science and history, with recent episodes including topics such as jousting and human anatomy.

The goal is to make the Getty (and the art world in general) less intimidating for people who do not know much about art but are curious to learn. As a science writer and actor with little knowledge of art history, Jessie Hendricks, the series host, is “becoming artsy” along with her audience.

The series is the brainchild of Christopher Sprinkle, the lead creative producer at the Getty, who had grown increasingly frustrated with making YouTube explainers alongside the Getty’s curators and staff. While being extremely knowledgeable, his expert interviewees were often not comfortable in front of the camera. “It was like pulling teeth trying to get emotion and drama out of them,” Sprinkle says.

That is how he got the idea of hiring a host who could “lighten the air and ask questions in a way that people without a background in art history could relate to”. Hendricks says: “They wanted a host not afraid to ask the simple questions, like, who’s Ed Ruscha? I did ask that question.”

Hendricks is not only the host of the series but also the writer, producer and—most of the time—cameraperson. (She calls herself a “one-man-band content creator”.) She and Sprinkle work together on the series, but after the first couple of introductory episodes, he gave her free rein to explore any topic she wanted, wrangling curators and asking fellow staff members for suggestions in the process. “I’ve been fortunate to craft the episodes to my interests and follow my instincts,” she says. Both she and Sprinkle are particularly enthusiastic about a recent episode in which she and Getty staff make ultramarine pigment from scratch, just as artists did during the Renaissance.

Becoming Artsy is an unusual YouTube series for an art museum, and not just because it is hosted by an art outsider. While other museum videos focus on specific works in their collections and film using what Sprinkle calls a “traditional documentary style”, the Getty’s series is more hands-on. In an episode on jousting, for instance, Hendricks and Larisa Grollemond, a curator in the manuscripts department, drive more than an hour north of LA to take a jousting class together while discussing the history of the sport and its depiction in Medieval manuscripts.

When asked which videos inspired the feel of Becoming Artsy, Hendricks and Sprinkle cite history and science series more than those about art. Hendricks is a fan of Physics Girl, Raven the Science Maven, and The Brain Scoop from the Field Museum in Chicago. They both mention the explainers from the US media company Vox as some of their favourite videos.

Sprinkle says in his original pitch for Becoming Artsy, he used the example of a 2017 video on Stonehenge by Vox producer Joss Fong, in which she explains the history and significance of the prehistoric monument while making a scale model of it on her living room floor. He liked how “anti-stock footage” and “conversational” it felt. In the first episode of Becoming Artsy, Hendricks sits on the floor of her porch and tiles a surface while talking about the Getty Villa.

It is clear from the videos that the Getty staff are having a great time and, although some moments come off as twee, it is all part of the appeal. “We want to counter the impression that the Getty is an elitist organisation,” says Sprinkle. “I want us to make content that both my mum and my daughter would want to watch.”

Casting a wide net is the reason behind hosting a video series on YouTube in the first place. “It’s the largest searched site on the internet after Google, and an incredible way to reach audiences around the world,” Sprinkle points out.

According to Hendricks, Becoming Artsy has been viewed in more than 50 countries, with the two main audiences being the US and the UK. The first episode, released on 5 October 2021, currently has the most views —almost 10,000. One titled A Beginner’s Guide to Appreciating Art comes in second with more than 7,000 views. “The priority is to attract new audiences, those who might be art-curious,” Hendricks says. And not just to the Getty, but to any art museum in the world.

• Becoming Artsy is a free series available on YouTube

‘One Night I Just Googled, ‘How Do You Repatriate Antiquities?’’: How...

Spotlight: Wham, Bam, Pow! Artists’ Use of Onomatopoeia Is Traced in...

‘One Night I Just Googled, ‘How Do You Repatriate Antiquities?’’: How...

John Gomperts wanted to give back his Grandma's antiquities so he dropped them off at their respective embassies in Washington, D.C.