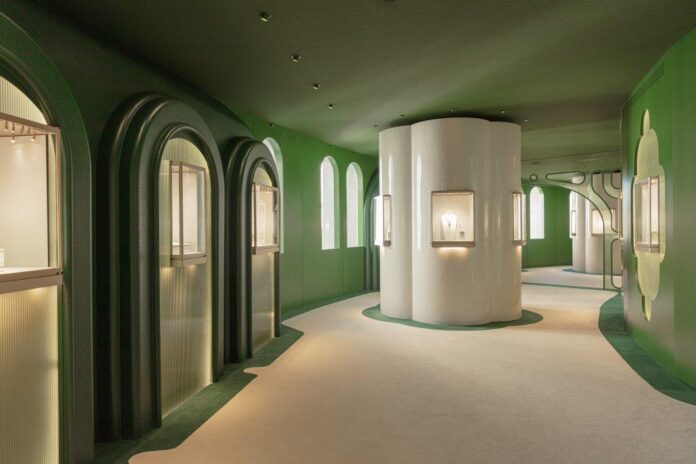 For its latest high jewelry collection, Cartier hosted a Madrid rollout almost as grandiose as their own creations. A star-studded gala (guests included Lily Collins, Rami Malek, Yara Shahidi, and Blackpink’s Jisoo) at the 18th-century Liria Palace was just embellishment for the French luxury maison’s main event: transforming an abandoned Brutalist building in the Spanish capital into a temporary museum to display 100 pieces of “Beautés du Monde.” 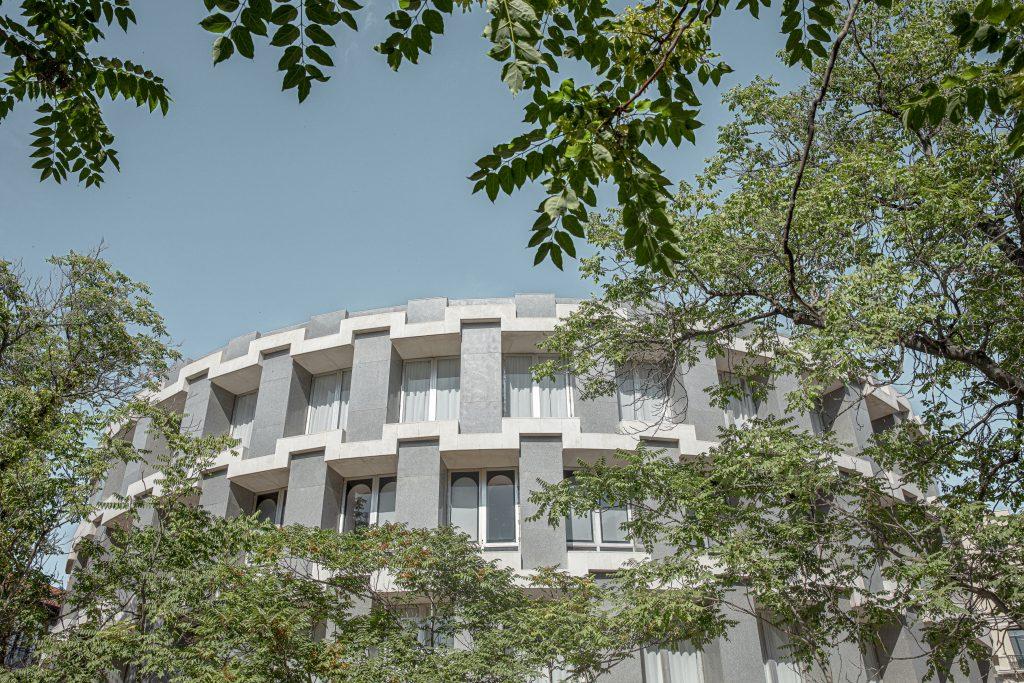 The exterior of the former British embassy in Madrid. Courtesy of Cartier.

The former British embassy had been empty since the ambassadors and staff decamped to new digs in the Torre Emperador skyscraper in 2009. Standing out among the neighborhood’s more classically designed palaces and residences, the idiosyncratic rounded monolith was designed in 1966 by the British architect W.S. Bryant and Madrid native Luis Blanco-Soler. The building was meant to echo the shape of a bullring, with alternating windows and burladeros surrounding it. But Cartier must have seen it as a jagged gem instead of a coliseum, the perfect locale to highlight exquisite, one-of-a-kind items from the new collection, all inspired by disparate wonders of nature—snakes, coral, even iguana skin. In keeping with the brand’s key tenet of heritage preservation, Cartier completely renovated and safeguarded the entire building. On June 13, the dramatic rehabilitation was revealed, along with the chicly quirky and innovative collection. 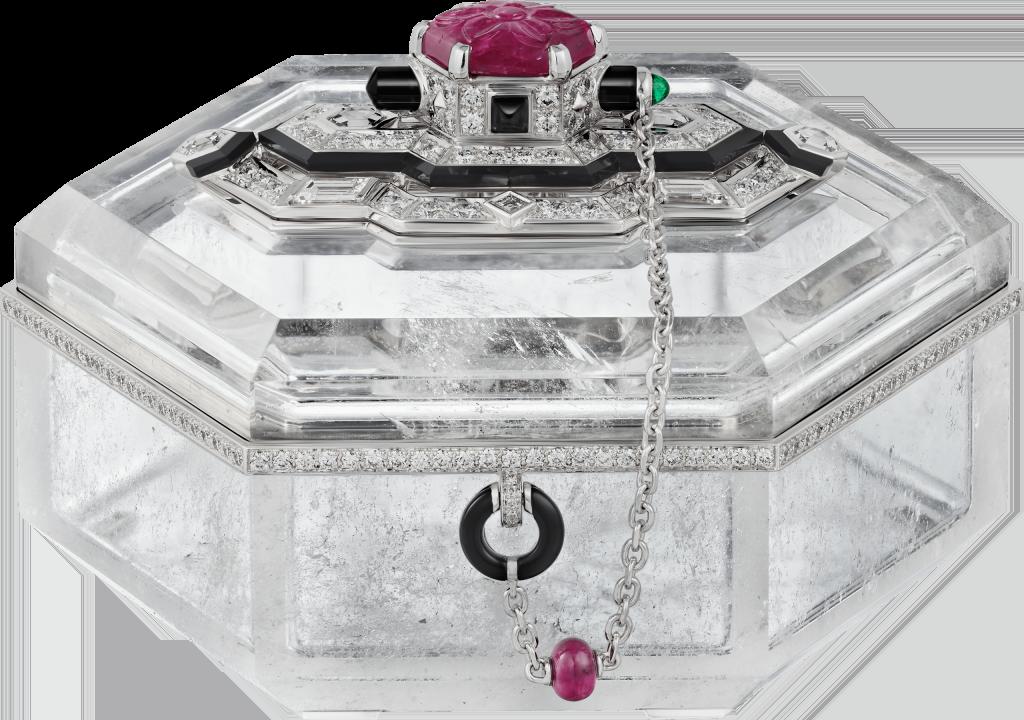 There are echoes of the embassy’s design in this rock crystal dressing-table box. The lid is comprised of white gold, onyx, diamonds, and rubies. The top lifts off to become a brooch. Courtesy of Cartier.

The exhibition’s scenography was helmed by the local design star and artist Jaime Hayon. He told the , “The first day I entered, I said: ‘It’s beautiful, but you have a problem. You lose yourself in all the circles.’ So number one was to leave some windows open, which brings nature in and helps you to know where you are. And second, we had to bring softness to it, and more light, more calm—because this building is heavy. It’s brutal.” 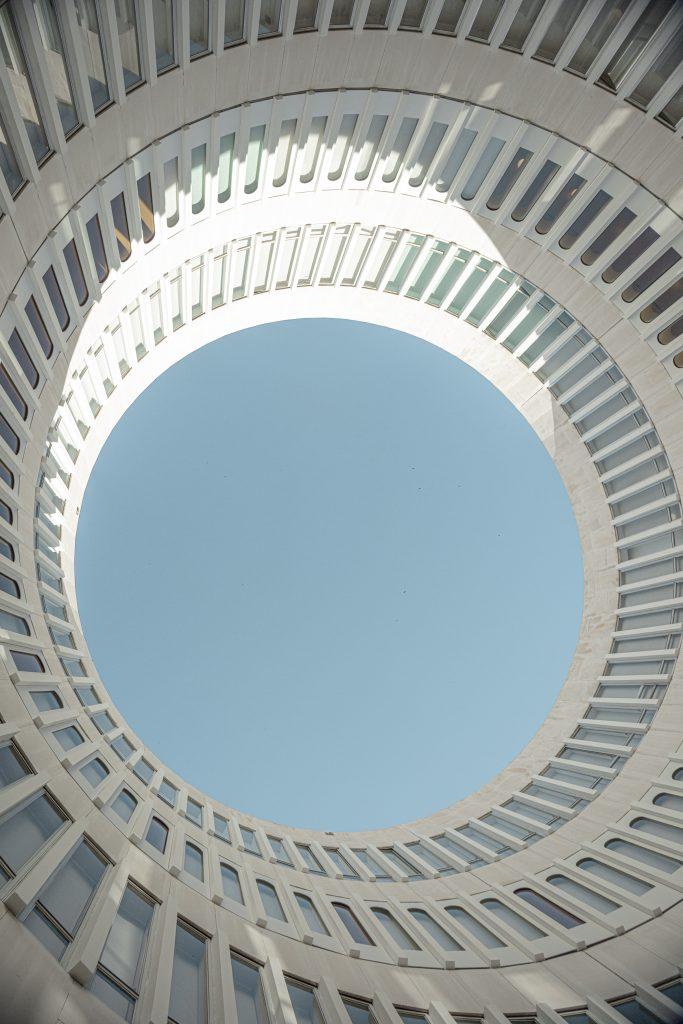 An arresting view from the interior of the “bullring.” Courtesy of Cartier. 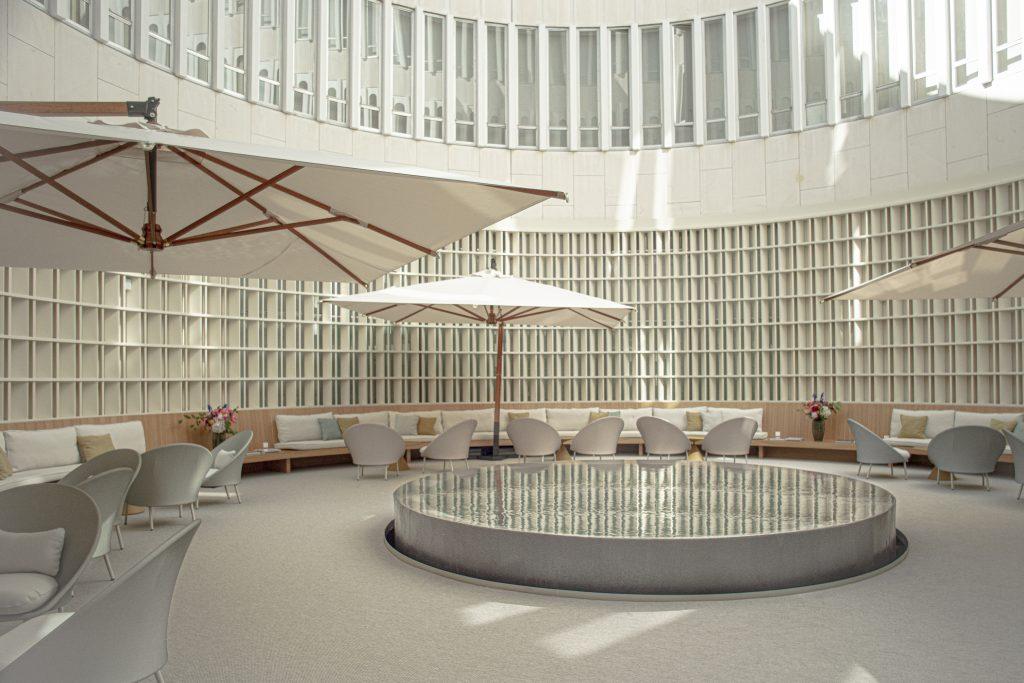 The rotunda retains a 1960s flair. Courtesy of Cartier. 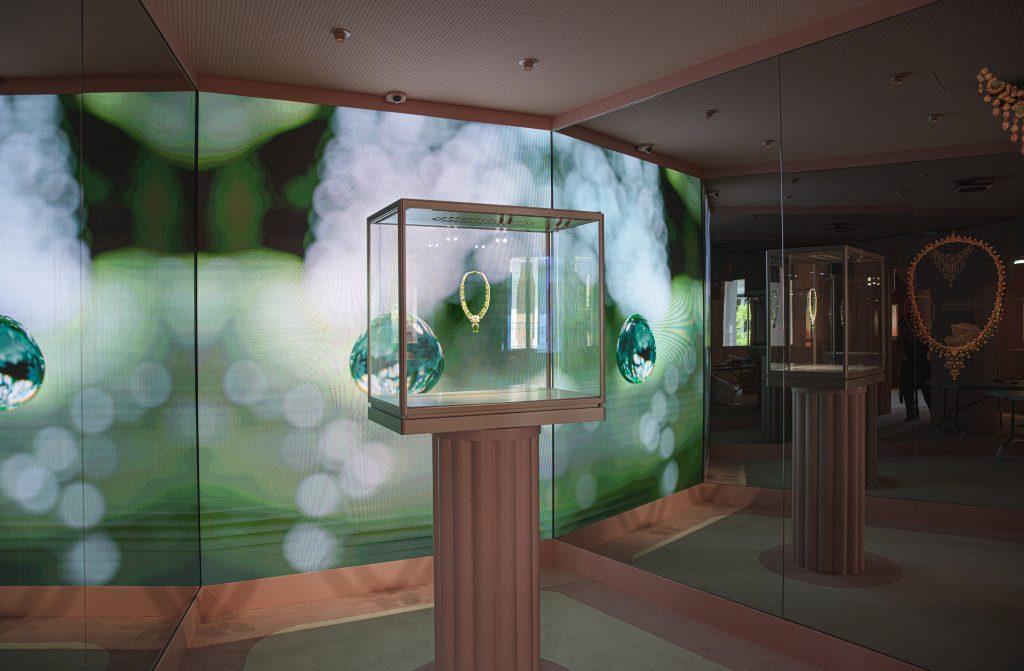 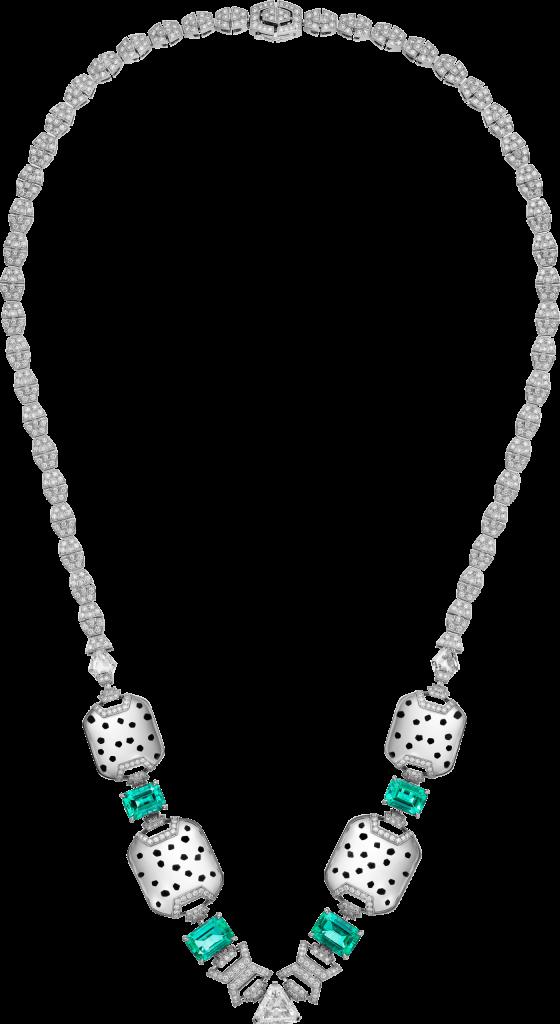 The Panthère Erindi necklace features rock crystals dotted with onyx, along with almost 10 carats of emeralds. Courtesy of Cartier.