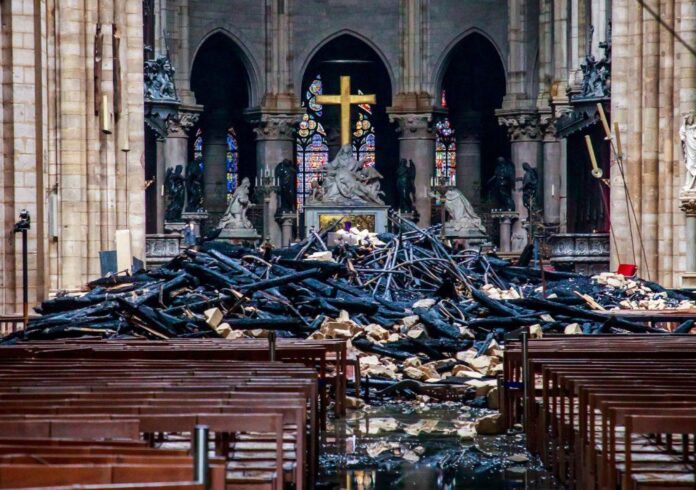 Notre Dame Sets Reopening Date – The beloved cathedral will reopen in time for the 2024 Olympics, following the devastating fire of 2019.

IRL Art Trumps NFTs – Damien Hirst’s year-long experiment has ended, and the results prove that buyers would rather keep physical artworks in lieu of digital tokens.

Ukrainian Women Rally Behind First Lady – Following an avalanche of criticism for a photoshoot of Ukraine’s First Lady, women are rallying around Olena Zelenska with a viral hashtag.

Hollein Gets a Promotion – The Metropolitan Museum of Art’s director Max Hollein will also take on the role of CEOin the wake of Dan Weiss’s departure.

A Glimpse Into the Past – A trove of recently rediscovered photographs show a young woman’s trip to postwar South Korea, providing a snapshot of the country’s modernization.

Conceptual Artist Claims to Be Pak – Italian Federico Clapis claimed to be the famous artist, who is the creator of some of the most expensive NFTs ever.

Heir Not-So-Apparent – Family members of the late outsider artist Henry Darger are mired in a court battle with the artist’s former landlords over control of the lucrative paintings.

Police Seize Art From ‘Putin’s Palace’ Architect – Italy’s tax police seized more than $144 million worth of assets from Lanfranco Cirillo, the architect who designed the infamous estate known as “Putin’s Palace,” as part of an investigation into alleged tax fraud.

Activists Glued Themselves to Another Artwork – Following a rash of protesters literally affixing themselves to paintings, members of climate activist group Ultima Generazione glued themselves to an Umberto Boccioni sculpture in Italy.