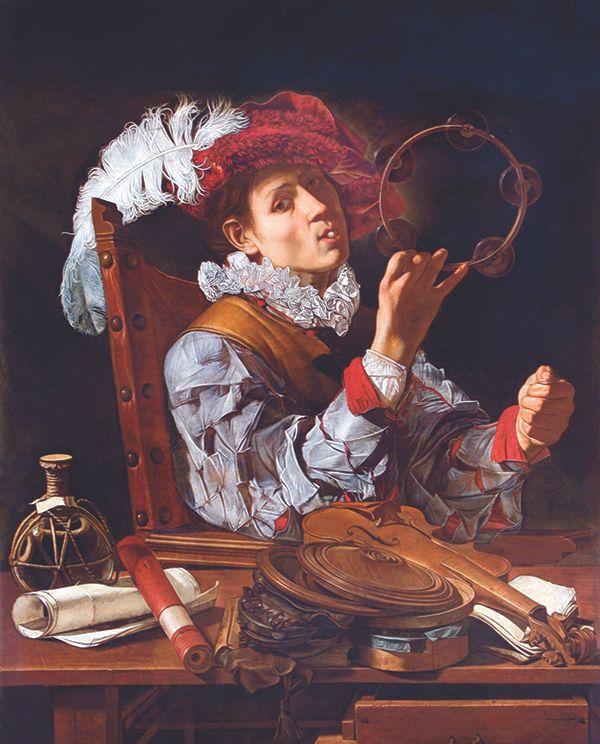 The life of the artist given the name of “Cecco del Caravaggio” was possibly as salacious as it was shrouded in mystery. While there are few known contemporary accounts of the Baroque artist, specialists claim he was a lover of rowdy taverns and enjoyed a passionate homosexual relationship with his teacher, Michelangelo Merisi da Caravaggio. This enigmatic figure will now be introduced to a broader audience in Bergamo, with the world’s first show entirely dedicated to Cecco.

The show is linked with this year’s Italian Capital of Culture, a title that Bergamo shares with the nearby city of Brescia. It also marks the reopening of the prestigious Museo Carrara following a major refurbishment. Displays include 19 of the 25 paintings attributed to the artist, on loan from institutions including the Galleria degli Uffizi, the Museo Nacional del Prado and Vienna’s Kunsthistorisches Museum. They will be shown alongside works by artists who influenced Cecco, including Caravaggio himself.

Experts claim that Cecco was apprenticed to Caravaggio as a boy and posed for some of the artist’s paintings—including Sacrifice of Isaac (around 1598) and Amor Vincit Omnia (around 1602)—while developing his master’s gift for dynamic compositions, chiaroscuro drama and complex draperies. Police records suggest that, like Caravaggio, Cecco was involved in violent misdemeanours. Until recently, however, the artist’s actual identity had long perplexed scholars.

That, though, was before the art historian Gianni Papi first identified Cecco as the painter Francesco Boneri, probably from the Bergamo territories, in 1990. The absence of such documents as the artist’s birth and death certificates have complicated efforts to learn more about him. “There was a sort of damnatio memoriae, during and after the artist’s life,” says Papi, who has curated the exhibition. “He was a rebel who lived by his own rules; people were eager to forget about him.”

Fresh research for the show suggests the Merisi and Boneri families were closely connected (representatives of both families are recorded as having attended the same wedding in 1601, Papi says). After a period working in Rome, the young artist may have fled to Naples with Caravaggio after the latter murdered Ranuccio Tommasoni in 1606.

The sexually charged nature of Caravaggio’s supposed depictions of Cecco suggest a homoerotic relationship between the two, Papi says, adding that the English traveller Richard Symonds, who observed Caravaggio at work, wrote that Cecco was “his boy […] that lay with him”. The possessive “del” in the young artist’s nickname also hints at their intimacy, he suggests. (Cecco, on the other hand, is merely the diminutive of Francesco.)

The exhibition features important works by Cecco, including the dramatic Cacciata dei Mercanti del Tempio (around 1613-15), and what Papi describes as the “highly ambiguous” Fabbricante di Strumenti Musicali (1610). “We can appreciate that Cecco was the most modern, and perhaps the most intellectual, of the Caravaggisti, with a capacity to balance multiple meanings in his works,” he says.

An opening section dedicated to the artist’s Neapolitan paintings is followed by music-themed works and some of the artist’s most sensual pieces.

“Visitors will be able to appreciate how audacious this artist was,” Papi says. “They will see how he was an anti-conformist and took the lessons of Caravaggio to new extremes.”

Are You Familiar With ‘Hop-Hop Architecture’? See Examples of Style From an Illuminating New Museum Show Dedicated to the Movement