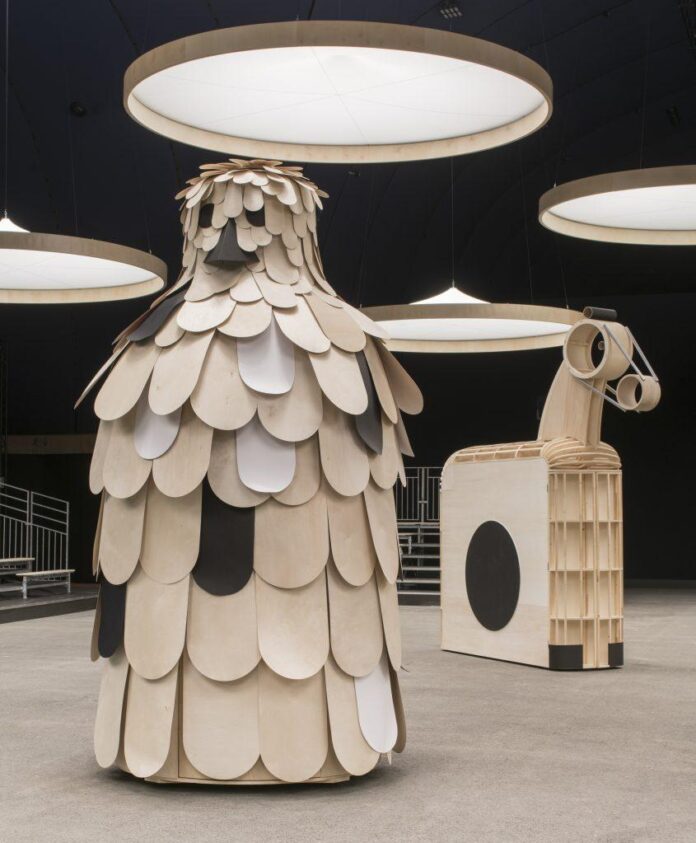 Chanel enlisted French artist Xavier Veilhan to craft a menagerie of animals as the set design for its spring 2023 haute couture collection at the Grand Palais Éphémère in Paris today.

The last in the three-part collaboration with the French luxury house, Veilhan created the animated sculptures—a lion, camel, buffalo, and elephant, among many others—to evoke a “parade of animals” in a village festival. 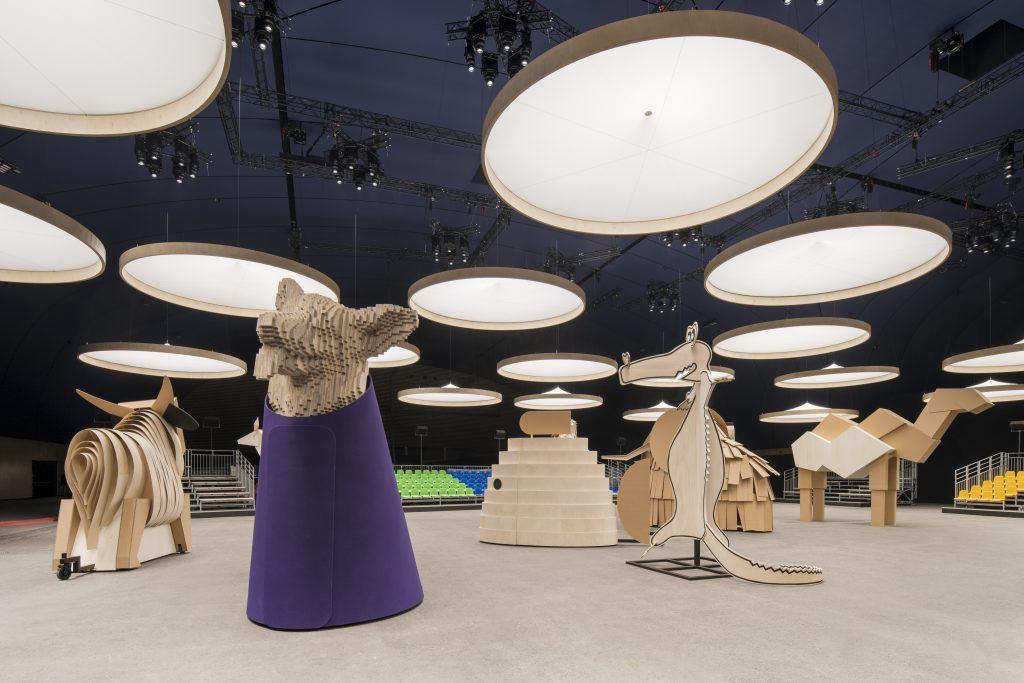 “I’m interested in how animals are linked to certain places: towns, folklore, traditions…[so] I suggested a setting that resembled a village fête,” explained the artist. “It’s also an exploration of what our own imaginings can be.”

The 59-year-old artist works in a variety of mediums, including photography and painting. He’s best-known for sculptures in his signature angular or jagged style, like that of his cardboard and wood animals for Chanel. Veilhan’s work has been installed in public spaces around the world, most recently in Miami’s Design District, where he created an homage to Le Corbusier, and in 2009 at the Palace of Versailles. 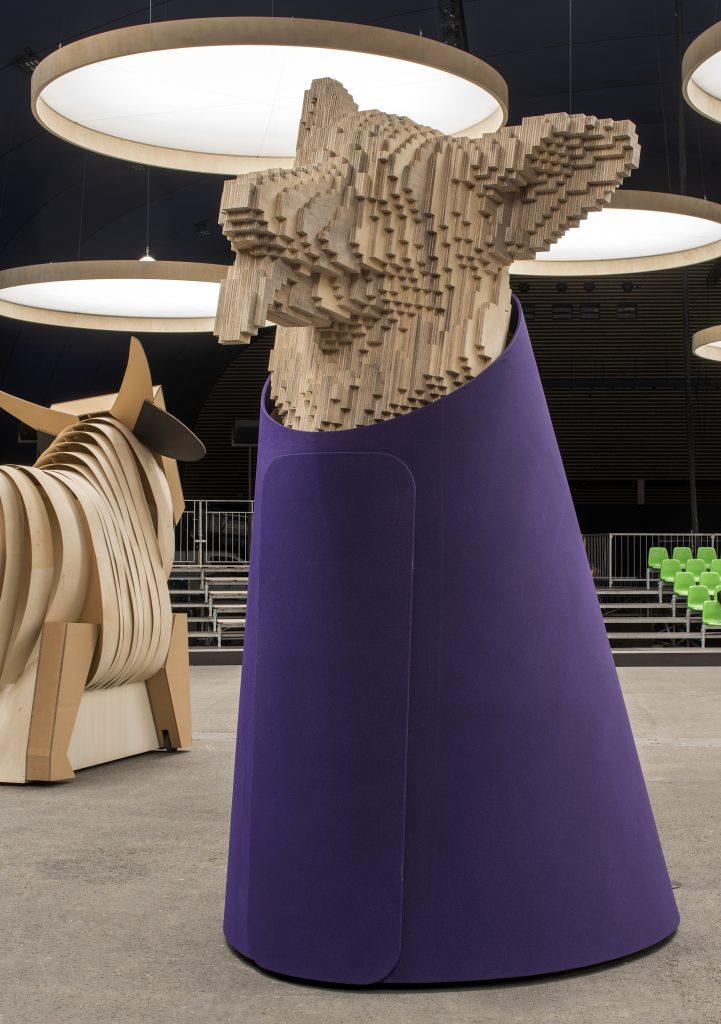 A dog sculpture by Xavier Veilhan for Chanel haute couture. Courtesy of Chanel.

Xavier Veilhan represented France in the 2017 Venice Biennale, for which he transformed the French pavilion into an immersive recording studio and invited musicians and artists from around the world to perform in it for the duration of the Biennale.

His collaboration with Chanel came at the request of its creative director Virginie Viard—who assumed the role following Karl Lagerfeld’s death in 2019. 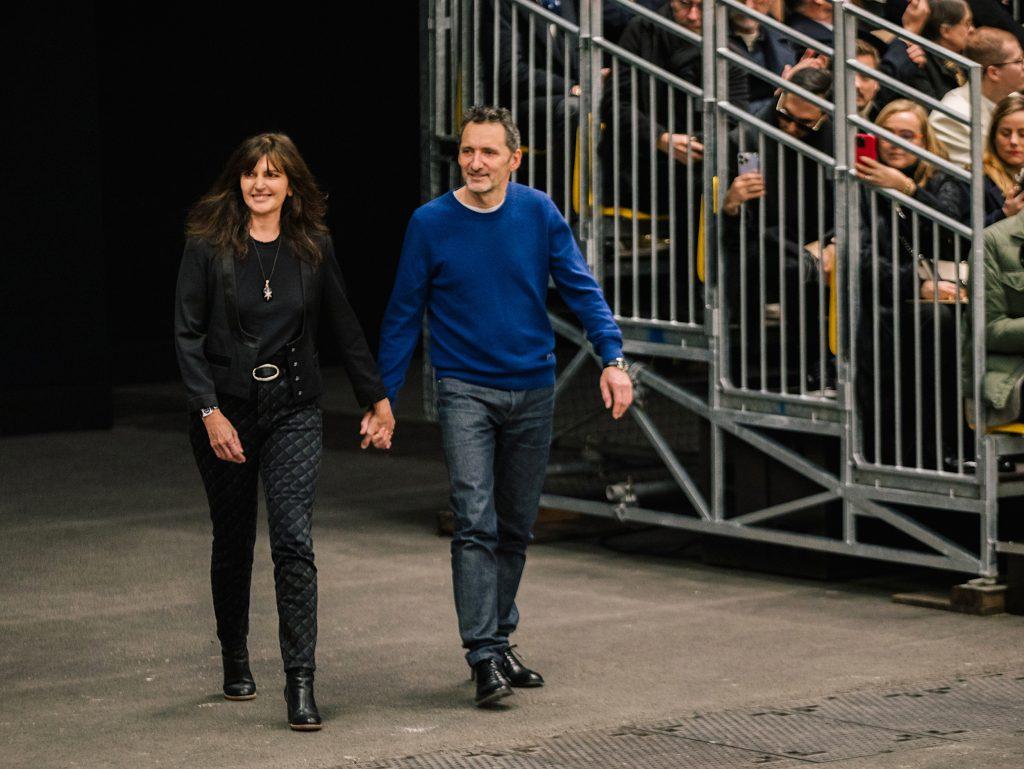 “Virginie Viard asked me if I could work around the idea of Gabrielle Chanel’s apartment and its bestiary,” the artist said, referring to the original couturière’s home atop the spiral staircase of her Paris shop (although she famously retired to the Ritz each night). That’s where Viard and Veilhan would meet to go over ideas, amid the fashion icon’s collection of small animal sculptures, thus a theme was born.

Madonna Bought This Painting 30 Years Ago. A French Town That Once Owned It Is Asking for Its Return on Loan