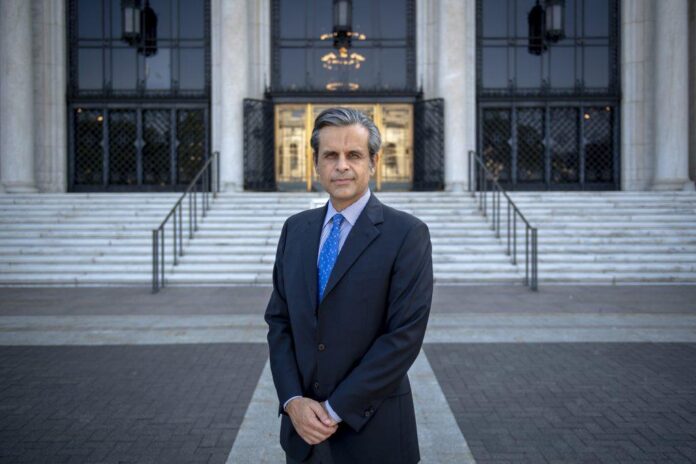 Accusations of mismanagement and discrimination have once again surfaced at the Detroit Institute of the Arts (DIA), marking the latest chapter in a now years-long saga surrounding the museum’s controversial director, Salvador Salort-Pons.

Last month, the legal nonprofit Whistleblower Aid sent a public letter to the ​​American Alliance of Museums (AAM), arguing that DIA does not meet the membership organization’s criteria for accreditation, which is set to lapse this year. A week later, the legal group sent a separate missive to Michigan Governor Gretchen Whitmer, Attorney General Dana Nessel, and Secretary of State Jocelyn Benson, claiming that the museum has violated multiple state laws.

Among the allegations deailed in the two documents are that DIA has “violated employment laws,” promoted “race- and gender-based hiring,” and “engaged in self-dealing through art loans.”

Many of these claims date back to 2020, when numerous employees at the museum went public with complaints of ethics violations and nepotism at the top of the institution. Speaking anonymously for fear of retaliation, staffers told Artnet News at the time that Salort-Pons inspired mass resignations, unilaterally filled job openings without posting them publicly, and arranged for the museum to exhibit two paintings owned by his father-in-law.

“The mismanagement here is top to bottom, every aspect of what they’re doing,” said John N. Tye, a lawyer and founder of Whistleblower Aid, who sent last month’s disclosures, as well as several others in 2020. (He now counts as clients current and former DIA staffers, as well as one board member who resigned in protest of Salort-Pons last year.)

Our new disclosure on behalf of #Whistleblowers showing years of misconduct at @DIADetroit showing they fail to qualify for @AAMers accreditation. https://t.co/Ea3ovIICCz @DrBeckyBeaulieu@chevyluvscience@marisemcdermott@melissarrusso@MIAttyGen@MayorMikeDuggan@GovWhitmer

Recently, DIA applied to renew its AAM accreditation status—a designation, awarded every 10 years, that speaks to an institution’s credibility to community members, funders, insurers, policymakers, and peers. The organization’s accreditation commission met to review the museum’s application in June, and a decision is expected to come within the next month, said Natanya Khashan AAM’s senior director of audience development and engagement.

What the organization decides could have a major impact on DIA’s reputation—and the future of its embattled director.

“While we wait for the final verdict, it is important to recognize that from our own perspective the accreditation application is an extraordinary opportunity to stop and internally review all aspects of our operation, as we continually glean insights and reflect on what we do and how we do it,” Salort-Pons, who is now in his seventh year as DIA directors, wrote in a statement earlier this year.

Citing policy, Khashan declined to comment on the specifics of DIA’s reaccreditation process, but explained that the organization is “aware” of the letter sent by Whistleblower Aid.

“AAM takes allegations of misconduct seriously and has a formal process and policy for addressing [them],” she said. “The Commission is aware of, and reviewing, the matter.”

A spokesperson for the museum said the legal nonprofit’s claims had not brought new revelations to light. “The claims made by Whistleblower Aid revisit anonymous allegations from two years ago,” the representative said in an email to Artnet News.

Following our disclosure last week on Detroit Institute of Art’s misconduct, we have now written on behalf of #whistleblowers to @GovWhitmer, @JocelynBenson, and @MIAttyGen, about @DIADetroit violating MI law. https://t.co/Im8A8glAo6

The spokesperson pointed to an investigation conducted by the independent, Washington D.C.-based law firm Crowell and Moring following the 2020 staff allegations. According to the museum, the investigation ultimately found that the claims against DIA and Salort-Pons lacked merit. However, months later, a leaked audio recording of a November 2020 meeting between the institution’s own legal counsel and Crowell and Moring painted a different picture, revealing that current and former staffers found Salort-Pons to be “erratic, autocratic, condescending, intolerant of dissent, and lacking in clear and effective communication.”

Since then, the spokesperson said, DIA has “initiated a process of heightened engagement with its internal constituencies designed to facilitate open dialogue within the institution and promote the ongoing advancement of the museum’s culture and operations.”

“We are proud of the success of this initiative and the DIA is fully committed to a process of continual improvement and enhancement of our practices.”

Tye—whose 2020 whistleblower disclosures on behalf of museum employees led to DIA’s hiring of the outside law firm—cast doubt on the validity of Crowell and Moring’s “supposedly independent investigation.”

Tye claimed that the law firm never got in touch with Whistleblower Aid, nor did any of the museum’s leaders. “They’ve never made a good faith effort to evaluate the situation,” Tye said.  He also pointed out that Crowell and Moring’s final report was not made public, throwing the conclusions reported by the museum into question.

“They’re not even really trying to follow the rules,” Tye went on. “The only way they’re able to get away with this is if the IRS is too busy, the Michigan state officials haven’t bothered to look into this yet, and the foundations and donors haven’t cut off the supply of funds. Because everyone wants this entity to succeed for the people of Detroit and everywhere else—but they’re actively enabling misconduct at this point.”