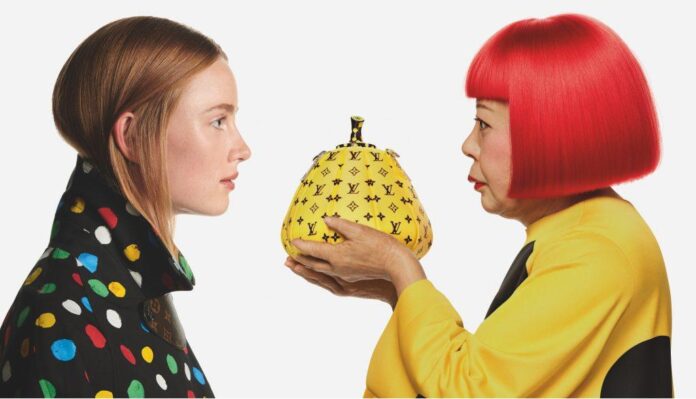 In 2012, the visionary Japanese artist Yayoi Kusama’s sci-fi, op-art pumpkins, polka dots, and tendrils overtook Louis Vuitton’s high-fashion realm. The brand, then under the helm of Marc Jacobs, opened a veritable Pandora’s trunk and revealed another dimension. The jaw-dropping pairing pushed the boundaries of how far a fashion/art collaboration could go, and redefined the heritage luxury brand.

Now 93, Kusama is back to shake up Louis Vuitton with her second outing of dot mania for the brand. It’s the right time for this otherworldly escapist fantasia. 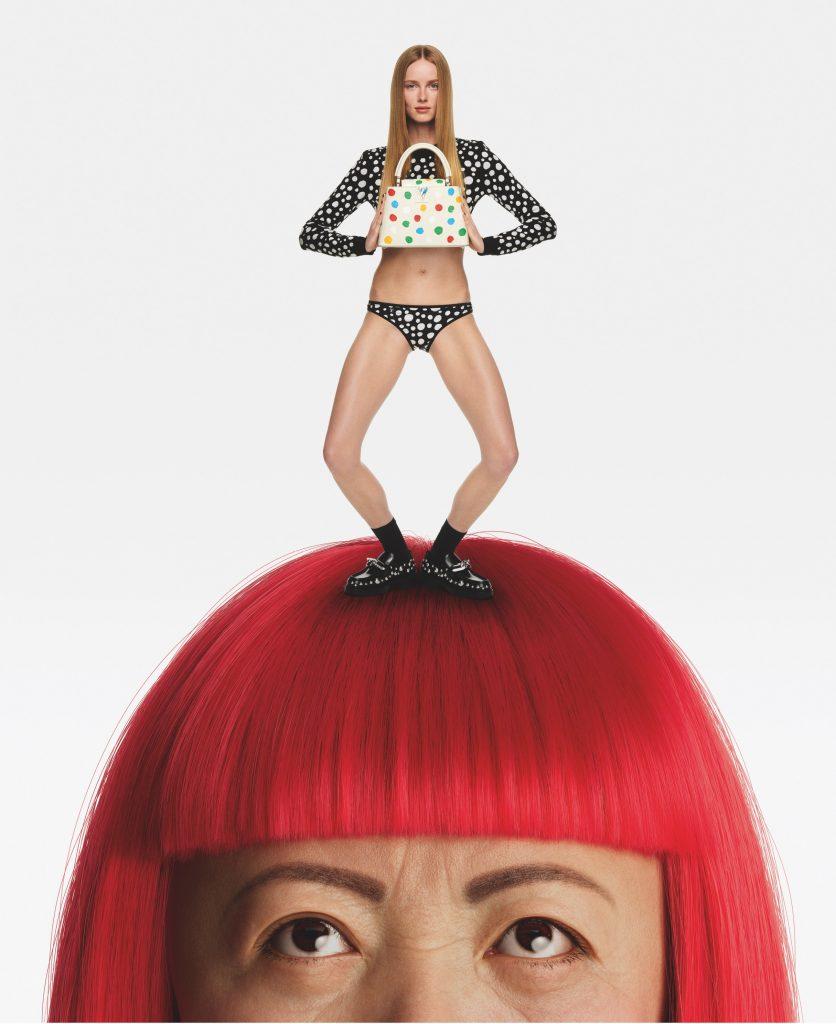 Just like the first go-round, it wasn’t about clinging to codes but jettisoning them. Reinvention and evolution. Fans got a teaser for what was in store when some of Kusama’s dotted pieces appeared on the runway in Louis Vuitton’s 2023 cruise show in May, 10 years after her first series.

Kusama’s oeuvre melds well with Louis Vuitton creative director Nicolas Ghesquiere’s vision when he veers into space-age and utopian territory. The first drop of this second collaboration—dubbed Creating Infinity—is divided into the categories Painted Dots, Metal Dots (which alludes to her mirrored orbs at the 1966 Venice Biennale), Infinity Dots, and Psychedelic Flower collections. The next and final installment will be released March 31. 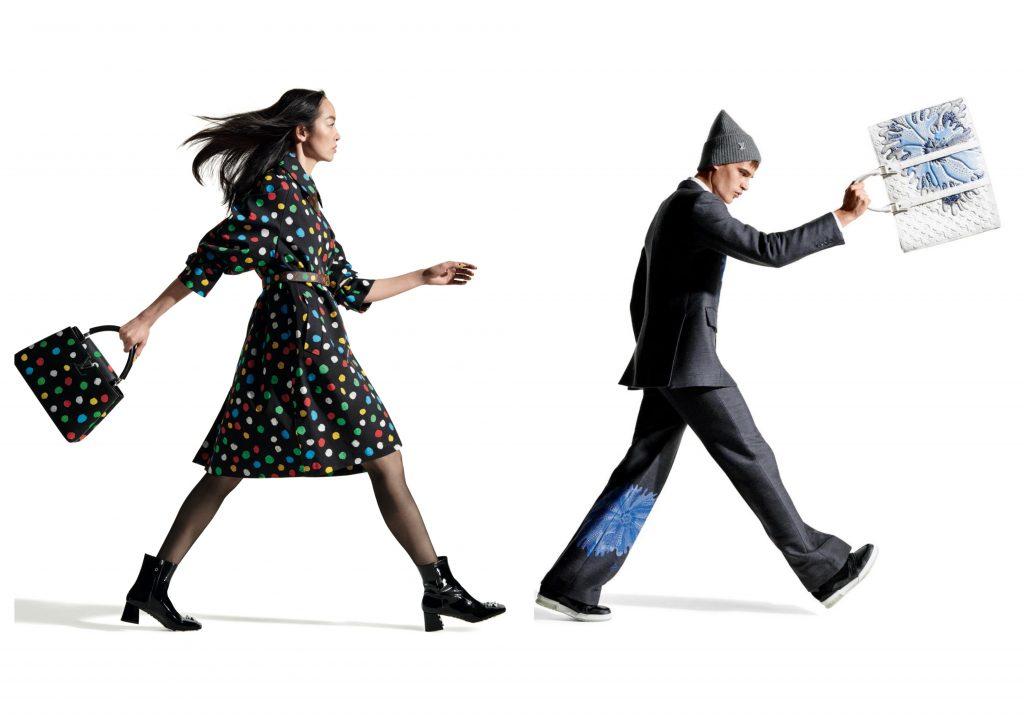 “Louis Vuitton understands and appreciates the nature of my art,” the artist said to magazine in 2012. “Therefore there isn’t much difference from my process of making fashion.”

The first team-up was a leviathan art activation, coinciding with a series of Kusama shows at major institutions like the Tate and Centre Pompidou, cresting with a Whitney retrospective. Kusama was already an art-world legend, but now she was a figurehead in the greater limelight of mass culture consciousness. 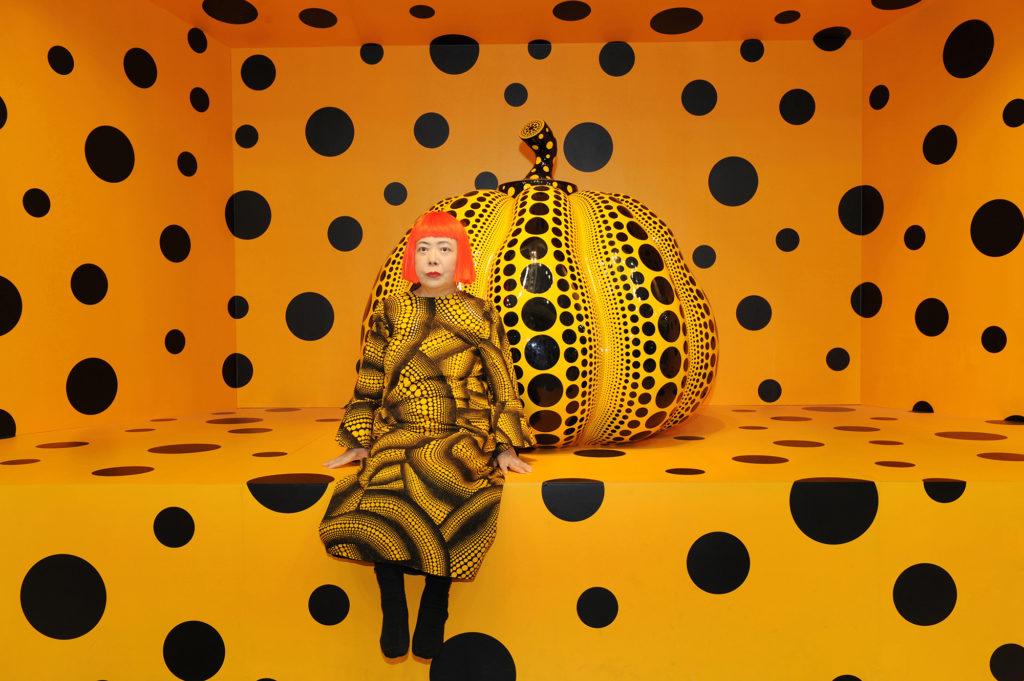 The new Yayoi Kusama x Louis Vuitton collection sidesteps the artist’s signature red bobbed wigs and hypnotic custom muumuus, and chicly translates her visionary motifs into womenswear and accessories, and for the first time, menswear is included as well. Often, the dots vie with the iconic Monogram print, and are layered over it. 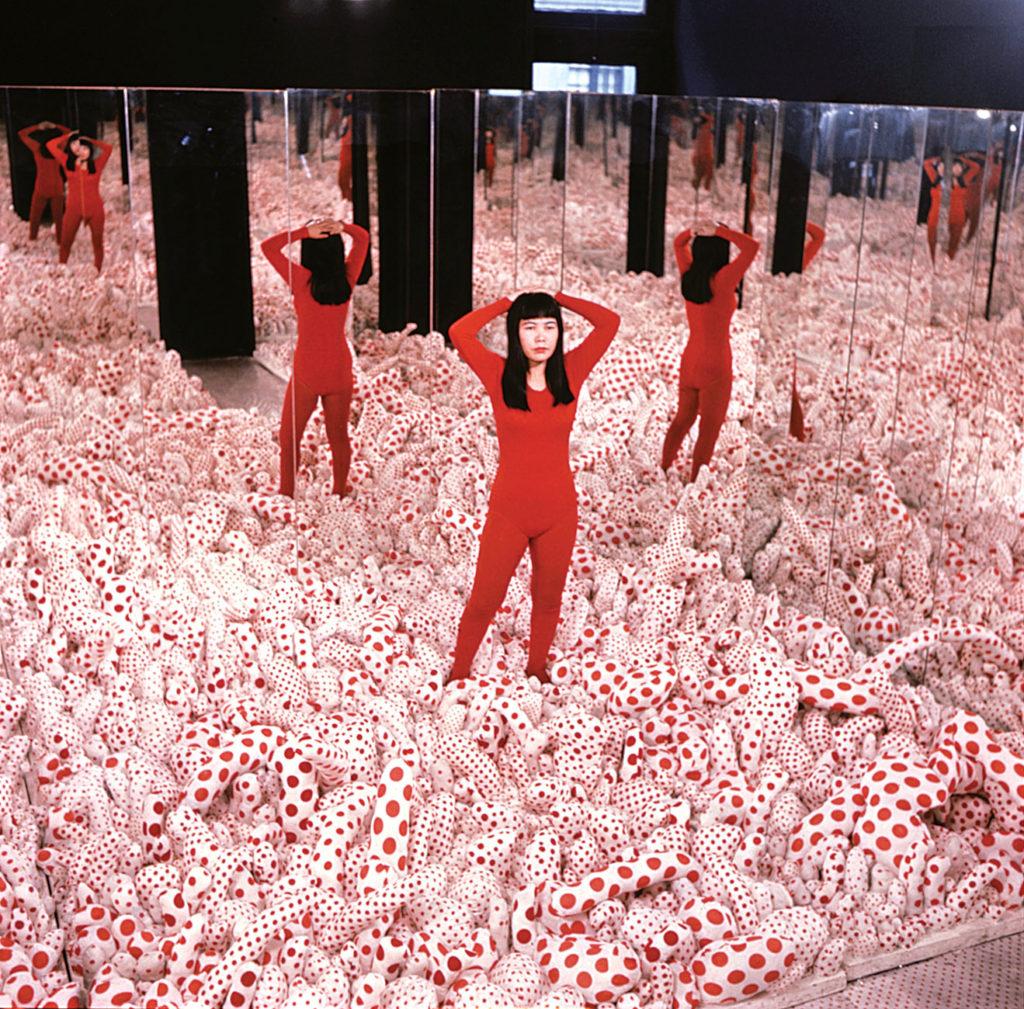 Kusama has been transfixed by dots since the 1950s, and they’ve never stopped inspiring her. Broadly, they encapsulate infinity. She wrote in her autobiography, “My desire was to predict and measure the infinity of the unbounded universe, from my own position in it, with dots—an accumulation of particles forming the negative spaces in the net. How deep was the mystery? Did infinite infinities exist beyond our universe? In exploring these questions I wanted to examine the single dot that was my own life.”

She continued, “Bring on Picasso! Bring on Matisse, bring on anybody! I would stand up to them all with a single polka dot.”

Pumpkins became her gourd of choice in elementary school in Kyoto. She wrote, “Pumpkins do not inspire much respect. I was enchanted by their charming winsome form. What appealed to me most was the pumpkin’s generous unpretentiousness. That and its solid spiritual balance.”