Home News Corporations Are Writing the Rules of the Metaverse as We Speak. If...

This week, taking nothing for granted…

In the roughly 14 months since NFTs stormed into the popular consciousness via the $69 million sale of Beeple’s Everydays: The First 5,000 Days, chatter about the metaverse and its looming importance to culture have become more and more prevalent in art-industry circles. Despite proponents portraying this new frontier as a benevolent reset, the dominant discourse about the metaverse is quietly carrying the same spores that have mutated much of the internet into an ad-driven, extractive nightmare since the mid-2000s. Unless we recognize and root out the contagion quickly, the art economy of the future is likely to be just as bleak, inequitable, and tedious as the art economy of the present.

University of California, Irvine anthropologist Tom Boellstorf distilled the problem and its origin into a compact essay last month: Most of the people debating the norms, potential, and perils of the metaverse don’t share even a basic understanding of what “the metaverse” actually means.

That might sound at first like a problem more fit for university students than for stakeholders in the worlds of art and business. But Boellstorff, who has now been researching metaverses for two decades, makes a strong case that it has practical implications for everyone who will ever log into an online virtual world. The main reason? The less time the average person spends thinking about what the underlying concept means, the freer it leaves rich, powerful interests to set the terms of the debate to their own advantage. And if we don’t act fast, history shows that their preferred terms are likely to become everyone’s terms for the long haul.

Although the obvious antagonist here is Meta (formerly known as the Facebook Company), Mark Zuckerberg’s metaverse-refocused empire isn’t alone. Other corporate colossi inside and outside of Silicon Valley are making the same case, too. This June saw the formation of the Metaverse Standards Forum (MSF), a consortium of more than 50 companies aiming to establish universal technological and procedural guidelines that will ensure every participant’s virtual contributions are compatible in the same shared online world. Current members range from popularly known giants Meta and Microsoft to chipmaker Nvidia and 3D game engine Unity to… um, budget home goods emporiums Ikea and Wayfair. (In a statement, the MSF noted that membership is “free and open to any organization.”)

This odd gumbo of corporate interests typifies a particular vision of the metaverse built around interoperability. For the uninitiated, that term describes a situation where many different pieces of hardware and software can all communicate with one another for a shared purpose (here, collaborating on the same virtual world). Boellstorff’s concern (and mine), however, is that this vision of an interoperable metaverse is being seeded in the public imagination as the best and only one—neither of which is necessarily true, especially when it comes to art and culture. 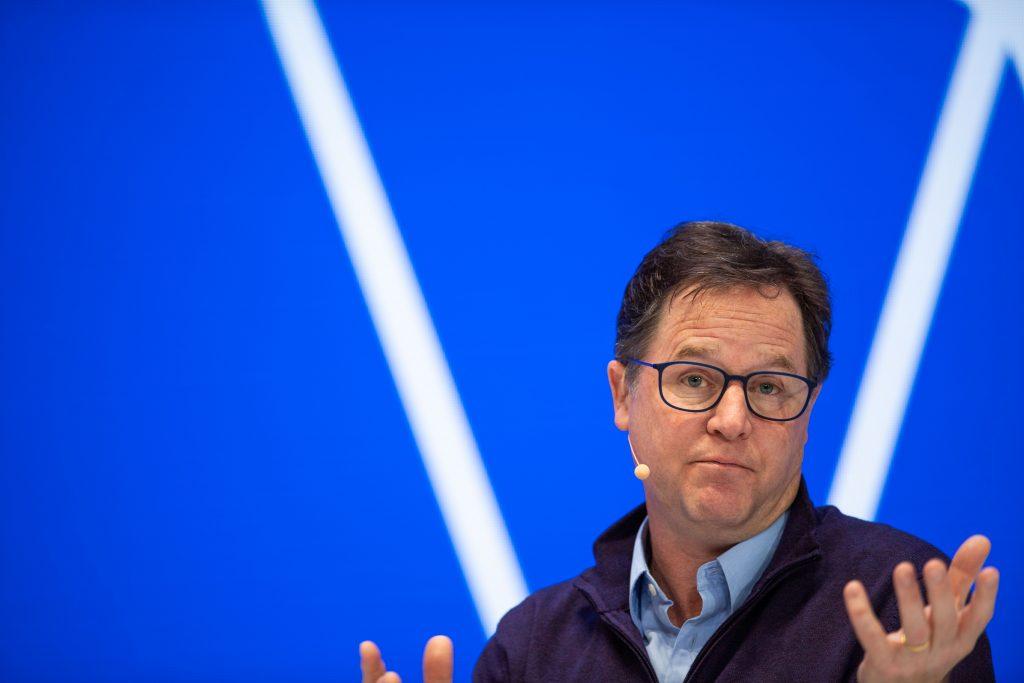 Although Boellstorff’s essay predated the launch of the Metaverse Standards Forum, the campaign for an interoperable metaverse has been in progress for years. But for a recent primer on the endgame, look no further than Meta president of global affairs Nick Clegg’s May essay “Making the Metaverse,” a marketing plan disguised as a public service announcement. There, Clegg analogizes the metaverse to a building under construction and cautions that “without a significant degree of interoperability baked into each floor, the metaverse will become fragmented.” In his view, a fragmented metaverse is no metaverse at all, and the losers will be those of us in the public at large.

Yet practically everything about Clegg’s framing of the issue is bunk. Worse, it’s bunk with an agenda.

As Boellstorff points out, “Thousands of virtual worlds already exist, some gaming oriented, like Fortnite and Roblox, others more open-ended, like Minecraft and Animal Crossing: New Horizons.” I would add that shared virtual worlds of one type or another have been around since at least the 1990s—and depending on how one defines the terms, arguably as far back as the late 1970s. None of them would satisfy the definition of “the metaverse” being championed by Clegg or his employer. But that’s the point: the definition determines the possibilities.

Boellstorff and other subject experts outside the nexus of the MSF agree that all any particular offering needs to provide to be credibly considered a “metaverse” is a shared virtual world with social interaction at its foundation. That’s it! Everything else is strictly elective.

So, a metaverse doesn’t require full-sensory immersion through virtual-reality headsets. It doesn’t have to platform all of the same corporations that impact so much of our lives on and off the current internet. It doesn’t have to be interoperable with even a single third party. Suggesting otherwise is little more than a power play for a partisan version of the future, as Boellstorff argues:

Clegg’s warning that ‘without a significant degree of interoperability baked into each floor, the metaverse will become fragmented’ ignores how interoperability isn’t prototypical for the metaverse. In many cases, fragmentation is desirable. I might not want the same identity in two different virtual worlds, or on Facebook and an online game.

In other words, we’ve been partitioning different aspects of our virtual lives throughout the Web2 era for our own good. How would we benefit from knocking down all those walls in a comprehensive, interoperable metaverse? And if the answer is that we wouldn’t benefit at all, then the next question is simple: Who else would?

Boellstorff knows the answer. “Left unsaid in Clegg’s essay is the ‘foundation’ of Meta’s profit model: tracking users across the metaverse to target advertising and potentially sell digital goods with maximum effectiveness,” he writes. It’s the same creepy, extractive strategy that has rocketed Zuckerberg and his company to incredible fortune (and infamy) over the past 20 years, only beefed up for a new era.

The other members of the Metaverse Standards Forum stand to gain in much the same way. Regardless of whether a given company is trying to sell video games or assemble-it-yourself furniture, an interoperable metaverse would be the greatest power-up that surveillance capitalism could ever ask for. All activity in all phases of your metaverse life could be monitored, quantified, fed into predictive algorithms, and extruded in pursuit of profit. And if your metaverse life is nearly your entire life, as Zuckerberg has nodded toward, then there would be precious few private places left.

Boellstorff’s essay targets more than just interoperability. It targets any and all attempts to, in his words, “assert that some optional aspect of the metaverse is prototypical”—that is, necessary to the entire enterprise. Most conspicuous among the other covertly optional traits lately is (you guessed it) the blockchain, specifically via cryptocurrencies and NFTs.

Enabling an interoperable metaverse is increasingly offered by web3 boosters as the great utility that will justify continued investment in crypto, including by some artists. Yet the grand irony is that combining these two technologies will likely only amplify the harm caused by both, especially when it comes to art and culture.

My colleague Ben Davis saw a version of my fears on full display at June’s NFT.NYC conference. While the rhetoric around all corners of the crypto space continues to portray the blockchain as Excalibur in the average person’s battle in a winner-takes-all economy dominated by powerful corporate interests, more and more use cases seem to unsheathe it as the exact opposite. Ben put it this way: “In theory, the promise of Web3 should be that it allows people to return to independent models of production. And yet, at NFT.NYC, people kept talking about Kraft Foods or Burger King or Whirlpool doing NFTs as if it was a very exciting development for NFT culture.”

This twist in crypto’s lifecycle is all the more vexing since, as Boellstorff notes, plenty of shared virtual worlds long ago found other, simpler ways to verify ownership of digital assets and support bustling economies based on virtual currencies—the two alleged problems that the blockchain was supposed to solve once and for all in the interoperable metaverse now being pursued by the MSF. Good ol’ password-protected accounts seem to be sufficient for the former. Examples of the latter include everything from Linden Dollars, the coin of the realm in popular mid-aughts metaverse Second Life, to Robux, the equivalent in kid-centric online sensation Roblox, to in-game currencies for various titles in the Playstation and Xbox libraries. 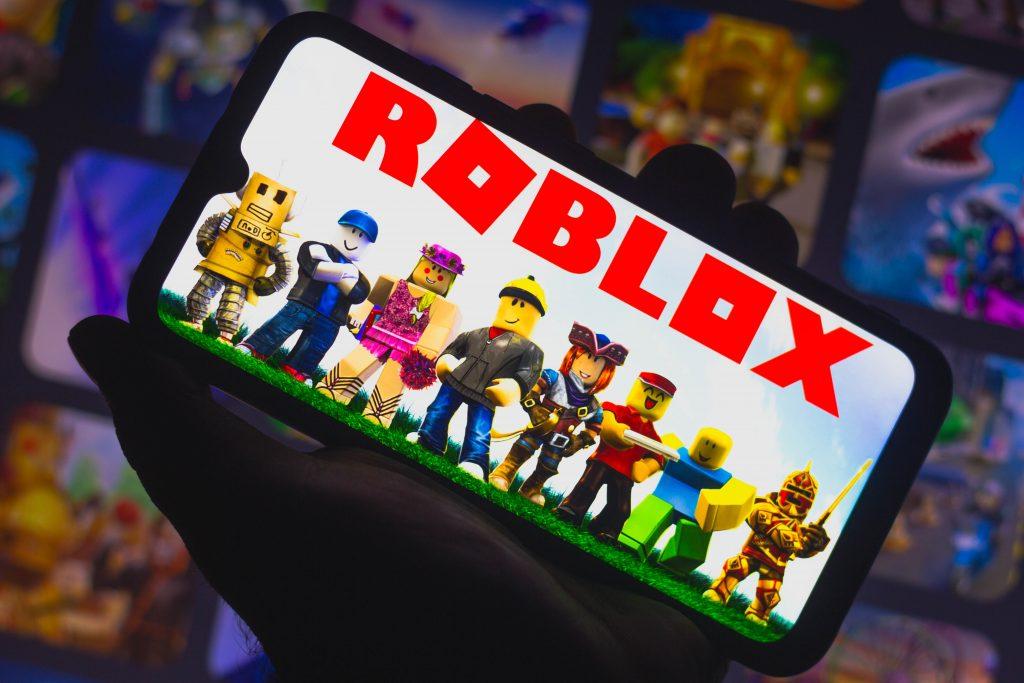 Because it could fence off grassroots spaces for the rest of us to flourish free of surveillance capitalism. Because it could replace the scale-hungry profit motive ruling the web2 economy with the potential for unmediated peer-to-peer exchange. Because it could empower different people from different social groups to build virtual worlds true to their own value systems rather than bowing to a regime of top-down standards set by a consortium of companies worth billions or trillions of dollars.

That means a metaverse might “look different in Alaska than it will in Addis Ababa,” Boellstorf writes, “or when at work versus at a family gathering.” It also might mean talented artists and alternative organizations creating collaborative virtual worlds with mind-expanding specs that also reject the rules of both the legacy art market and the NFT economy.

Personally, I’d take that version of the future over a single high-fidelity metaverse where immersive Ikea ads chase me through faithful 3D models of my favorite offline museums and galleries. If you would say the same, then join Boellstorff and me in pushing back against the notion that “the” metaverse doesn’t have to adhere to a pan-corporate vision board. Despite the entrepreneurial talking point that we’re still in the early days of shared virtual worlds, in actuality, we’re running out of time.

That’s all for this week. ‘Til next time, remember: the powers that be love nothing more than to shut down debate before it’s even begun.