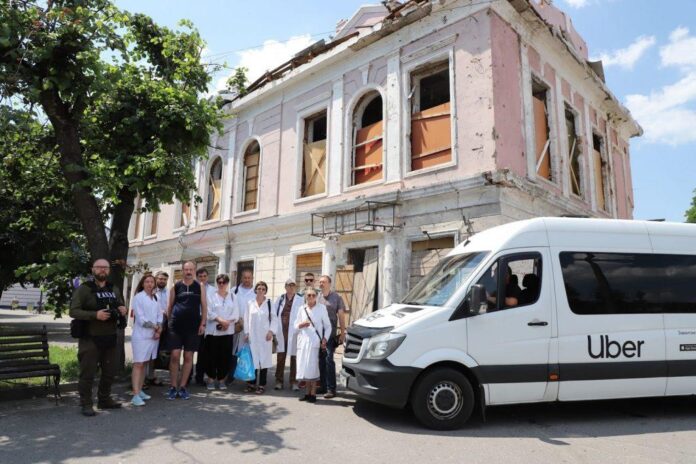 The Russian invasion still poses a major threat to museums, historic sites, and other cultural heritage in Ukraine. Now, an unlikely ally has stepped into the fray. Believe it or not, it’s Uber.

The ride-sharing service is partnering with the Ukrainian Ministry of Culture’s National Research and Restoration Center to help protect and preserve endangered artifacts and locations through a special version of the Uber app called Uber Restore.

The company is offering Ukrainian conservationists free, on-demand rides as they work to identify, restore, and protect damaged or threatened cultural heritage. Since May, Uber has provided transport to over 100 sites across the nation, helping secure important national treasures, and evacuating them to safety when necessary.

“Since the first days of the war, Russia has been destroying Ukrainian cultural heritage,” Ukrainian Minister of Culture Oleksandr Tkachenko said in a statement. “Museums, places of worship, architectural landmarks were heavily damaged, many irreversibly. Colleagues from Uber offered us the necessary logistical support, such as cars, fuel, and drivers for checking the state of preservation of objects of the museum fund.” 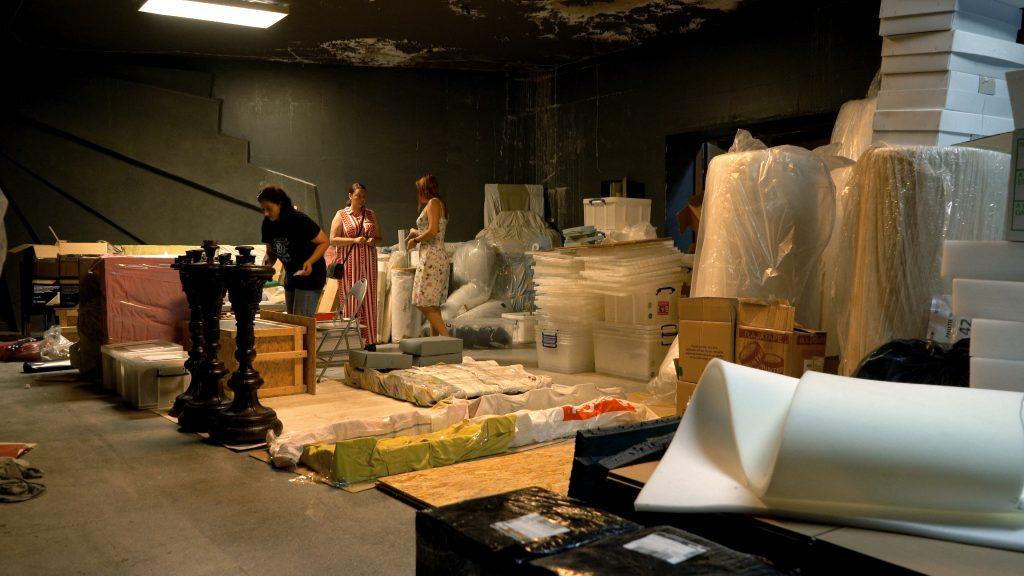 Employees of Khortytsia, a museum-island in Zaporizhzhia prepare artworks to take away for safekeeping in the west of the country in Zaporizhzhia on August 12, 2022. Photo by Marina Moyseyenko via Getty Images.

The Uber Restore app offers rides in 12-passenger vehicles, allowing teams of specialists to travel comfortably with their conservation equipment in tow. To date, it has logged over 12,000 miles.

“We’re proud to be assisting Ukraine in its efforts to protect the country’s cultural heritage which is under threat from this devastating war,” Uber CEO Dara Khosrowshahi said in statement. “We’re enabling conservationists to carry out their critical work to safeguard Ukraine’s national identity.”

The U.S. State Department and the Smithsonian helped connect Ukraine’s Ministry of Culture to Uber to create the philanthropic initiative, reports Euronews.

Since the war began in February, the initiative has been launched in 12 cities in Ukraine. Uber Restore has also provided free rides for Ukrainian refugees as well as nurses, doctors, and local government workers. It has also delivered emergency food supplies as part of a partnership with the UN World Food Program. 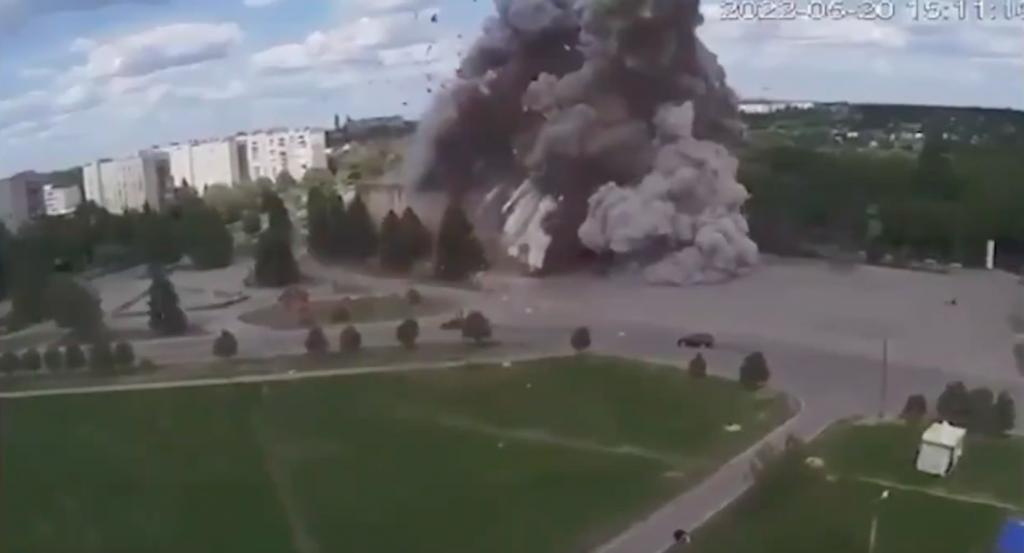 Surveillance footage shows the Palace of Culture in the Kharkiv region of Eastern Ukraine being hit by a Russian missile.

Among the Ukrainian cultural heritage that has been damaged or destroyed during the current war are the Hryhorii Skovoroda house museum in Kharkiv, the Kuindzhi Art Museum in Mariupol, the Babyn Yar Holocaust memorial complex in Kyiv, and the Ivankiv Historical and Local History Museum known for housing the work of Ukrainian folk artist Maria Prymachenko.

At last month’s International Council of Museums General Conference, one panelist likened the invasion to “genocide on cultural grounds.” The organization is releasing a new “Emergency Red List of Cultural Heritage at Risk” to help prevent the looting of Ukrainian artifacts.