Home News Could a Perfect 3-D Copy Solve the Quandary Over Who Gets the... 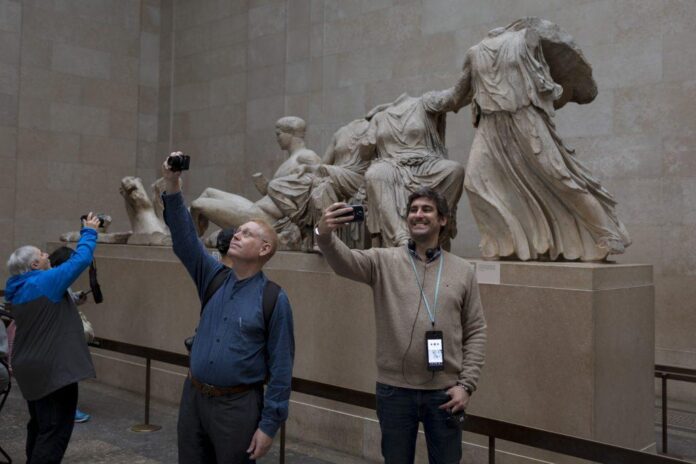 An Oxford scholar has come up with a clever way to solve the ongoing dispute over the Parthenon Marbles that would leave everyone happy.

Roger Michel, who runs a team at the Institute for Digital Archaeology (IDA), says he can make a replica of the famed statues using a 3D printer so that the British Museum, which owns the original marbles, can return them to Greece, which claims the works belong back home.

After the museum denied Michel permission to scan them, he and his team used digital imagery software on tablets and smartphones to scan the work in the galleries. It’s not clear what the museum policy is on taking such images, but Michel told the CBC that he believes his team “operated entirely within the visitor guidelines of the British Museum, which does permit 3D scanning from the floor.”

He added that they worked with security guards to take the pictures and got “a lot of co-operation from the floor staff at the museum.”

Neither the museum nor the IDA responded to requests for comment.

Now, Michel and his team, in consultation with the Greek Embassy in London, are working to reproduce the most iconic objects within the Parthenon collection, including an image of a horse that was used as the model for the knight in the Staunton chess set.

“The goal here is to do something that will promote the interest of Greece and Britain and get these objects back home where they belong,” Michel told CBC.

Asked about the Marbles’ significance, Michel called them “akin to the Statue of Liberty in the United States, the Crown Jewels in England. The value of these objects goes far beyond their art historical value. These are symbols of the Greek [Hellenic] Republic.”

But he added that Scottish nobleman Lord Elgin’s taking of the marbles in 1801 was not, at the time, an illegal act, because it was sanctioned by the then-rulers of Greece.

“The reality is that at the time when Elgin visited Athens, it was under the control of the Ottoman Turks. They had been in control of Athens for centuries—400 years. This was for the government to deal with at that time.”

The controversy over where the marbles belong has been simmering since Elgin sold the sculptures to the British government. Since 1817, the works have been on permanent display inside London’s British Museum.

Greece has demanded the return of the marbles for years, yet even amid a wave of successful repatriation attempts in other contexts, the British Museum as refused the claim, which has been the center of the heated debate.

“We will loan the sculptures, as we do many other objects, to those who wish to display them to other public around the world, provided they will look after them and return them,” a British Museum rep told the CBC.