Home News Egyptian Archaeologists Rewrite History With the Discovery of a Tomb of a... 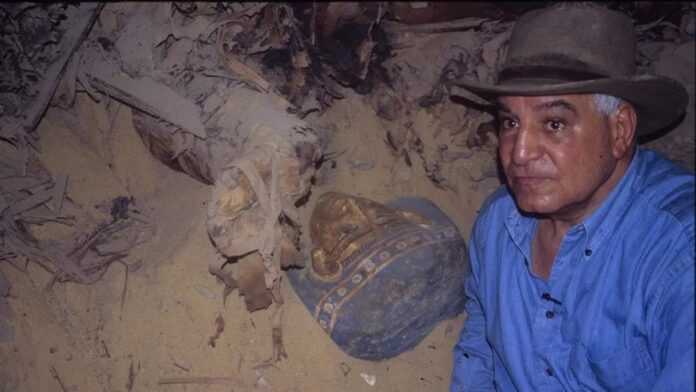 The latest finds from a team of archaeologists working at the ancient necropolis of Saqqara in Giza include the tomb of a previously unknown Egyptian queen as well as a new trove of 300 coffins, over 100 mummies, and other antiquities.

The discoveries were made not far from King Tut’s tomb, and follow the recent unearthing of objects relating to the pharaoh Teti and the sarcophagus of King Ramses II’s treasurer. Earlier this year, the Egyptian authorities also announced that a tomb of a royal dignitary had been found at the site.

The latest cache of mummies likely contains the remains of Tut’s generals and advisors. Even more intriguing is a pyramid that experts now believe was dedicated to an ancient queen who is being identified for the first time.

“We have since discovered that her name was Neith, and she had never before been known from the historical record,” Egyptologist Zahi Hawass, the nation’s former minister of antiquities, told Live Science. “It is amazing to literally rewrite what we know of history, adding a new queen to our records.” 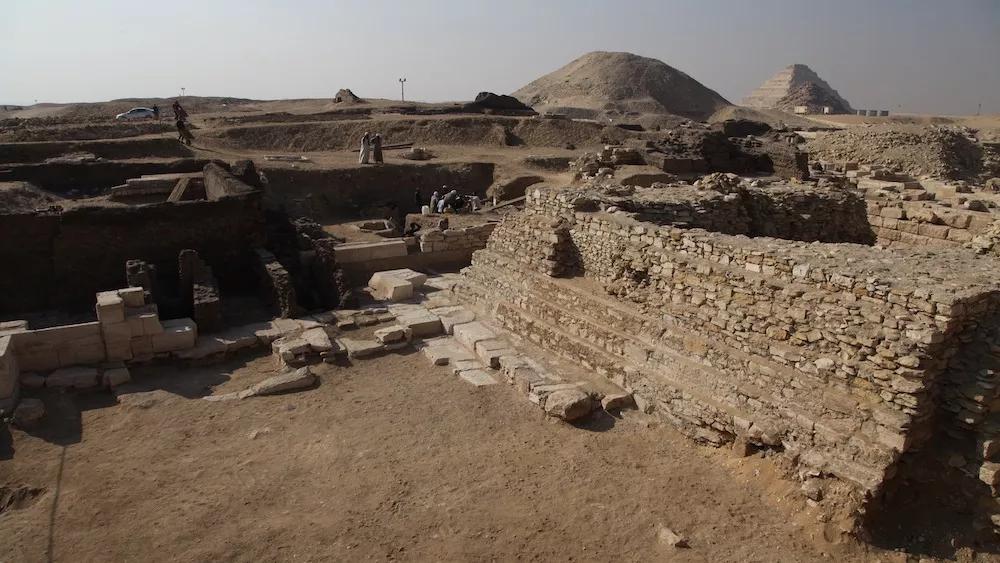 Excavations also uncovered a series of 22 interconnected tunnels. Unlike earlier discoveries at Saqqara, the majority of which date to the Old Kingdom or the Late Period, Hawass believes these are New Kingdom burials, from the sixth century B.C.E. to the 11th century B.C.E.

“Burials from the New Kingdom were not known to be common in the area before, so this is entirely unique to the site,” Hawass added. “The coffins have individual faces, each one unique, distinguishing between men and women, and are decorated with scenes from the Book of the Dead. Each coffin also has the name of the deceased and often shows the Four Sons of Horus, who protected the organs of the deceased.”

The dig at Saqqara has been underway since 2020, yielding a wealth of new finds. The most recent include a mummy of a woman with a solid gold mask, gaming pieces for the ancient game of Senet, a massive limestone sarcophagus, and a soldier buried with a metal axe in his hand.

The nation plans to display some of these artifacts at the forthcoming Grand Egyptian Museum, slated to finally open next year in Giza.