Home News As They Arrive in New York, the Dealers Behind Sprüth Magers Discuss... 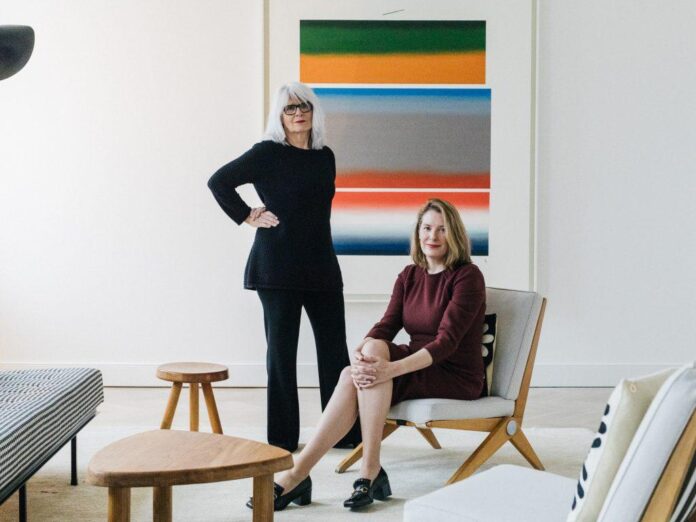 Art dealers Monika Sprüth and Philomene Magers have represented some of the most influential artists of the 20th century—but they don’t like to talk about themselves too much.

The German dealers have worked with artists including John Baldessari, Barbara Kruger, Cindy Sherman, and Andreas Gursky for two decades, largely opting to let their artists have the limelight. Their Berlin-based gallery, Sprüth Magers, has branches in London and Los Angeles—and, as of this summer, in New York, too. The new space officially opens on September 7 with an exhibition of work by Baldessari, whose estate they began to represent exclusively last year. Louise Lawler and Barbara Kruger shows are up next.

The duo is the latest international heavyweight to arrive in the Big Apple. Paris-based Galerie Templon is opening in Chelsea. London’s White Cube is setting up on the Upper East Side, with an opening slated for spring 2023. Just two blocks north, Sprüth Magers took over Old Master dealer Otto Naumann’s former gallery on East 80th Street. Gone are the cloth-lined walls where paintings by Rembrandt and El Greco used to hang in ornate frames. The bright white cube is now outfitted with mid-century furniture.

Sprüth, 73, and Magers, 57, have known each other for almost four decades, having met through Magers’s mother who was an art dealer as well. Each had her own gallery, but they collaborated on art fair presentations and, eventually, established a joint venture in 1998. The two women have been early, staunch supporters of female artists, organizing regular all-female exhibitions. The gallery has grown into an admired, blue-chip business with 85 employees, 61 artists and 10 estates, and about 17,000  square feet of gallery space.

I caught up with the partners by phone and email. Here’s an edited version of our conversations. 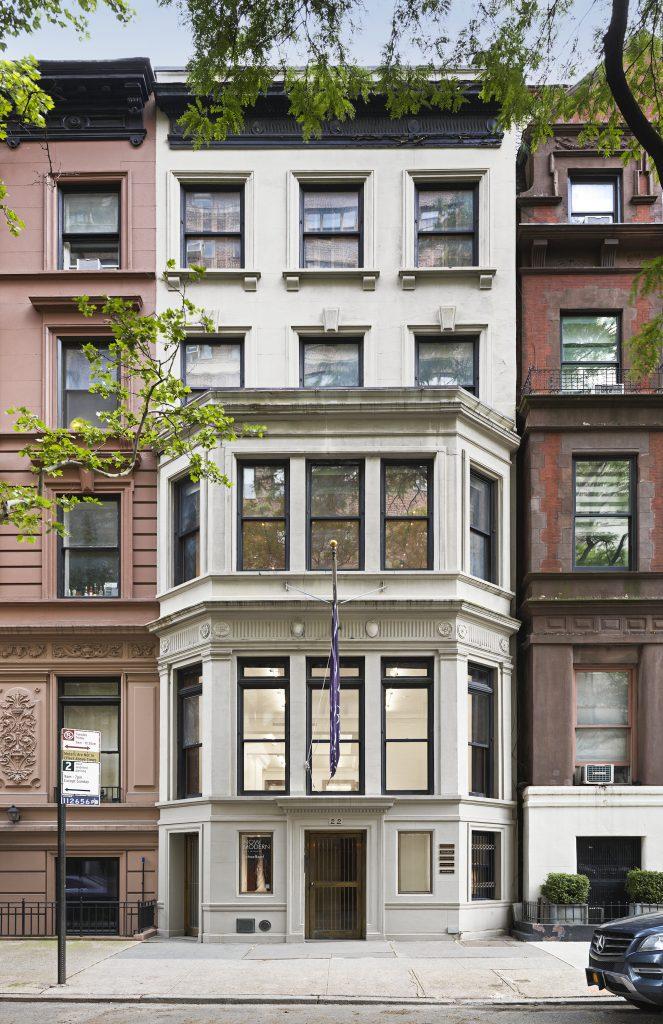 You’ve been steadily expanding around the globe. In 2007, you were an early international arrival on Grafton Street in London’s Mayfair district. In 2016, you opened a space in Los Angeles. What finally made you pull the trigger and come to New York?

Magers: It was basically the same story as L.A. Some of our artists were represented by Margo Leavin and then a couple of them were represented by L & M. And then they closed one after the other [in 2013]. I made a trip to L.A. and on the same day, both John Baldessari and Barbara Kruger told me—one at lunch and the other one at dinner—that they won’t have a gallery anymore in L.A. and they needed one. So we better come.

With [New York’s] Metro Pictures gallery closing and us taking over the Baldessari estate, it just started making sense to open here. We’re working with so many artists who don’t have New York representation: Baldessari, Louise Lawler, Kaari Upson. Look at the list. If you just take the ones who don’t have representation in New York, you already have a full gallery program.

And just like in L.A. in 2016, you are inaugurating your New York space with a Baldessari show.

Magers: John was really the one who said, “I want this gallery in L.A. to open sooner than later because I am getting old.” With New York, it came along because the space is really intimate and calls for very specific, focused shows. The idea of the show is to present John’s line of thinking. We will have these vitrines with materials and books from the studio. Actually, we had been working on it for a while because we had been inventorying all the materials. So it just happened that the material was ready and we thought, “Okay, that makes a good opening show for New York.”

Your other spaces are much bigger than your New York gallery.

Magers: We have very large spaces in Berlin and L.A. and in London we have an entire building. The New York space is the smallest one. It’s made for really thoughtful, targeted projects. We were always thinking about something like a jewel box on the Upper East Side, which gives us the possibility of doing shows focused on a very specific aspect of the work of our artists. It’s really beautiful for experiments. 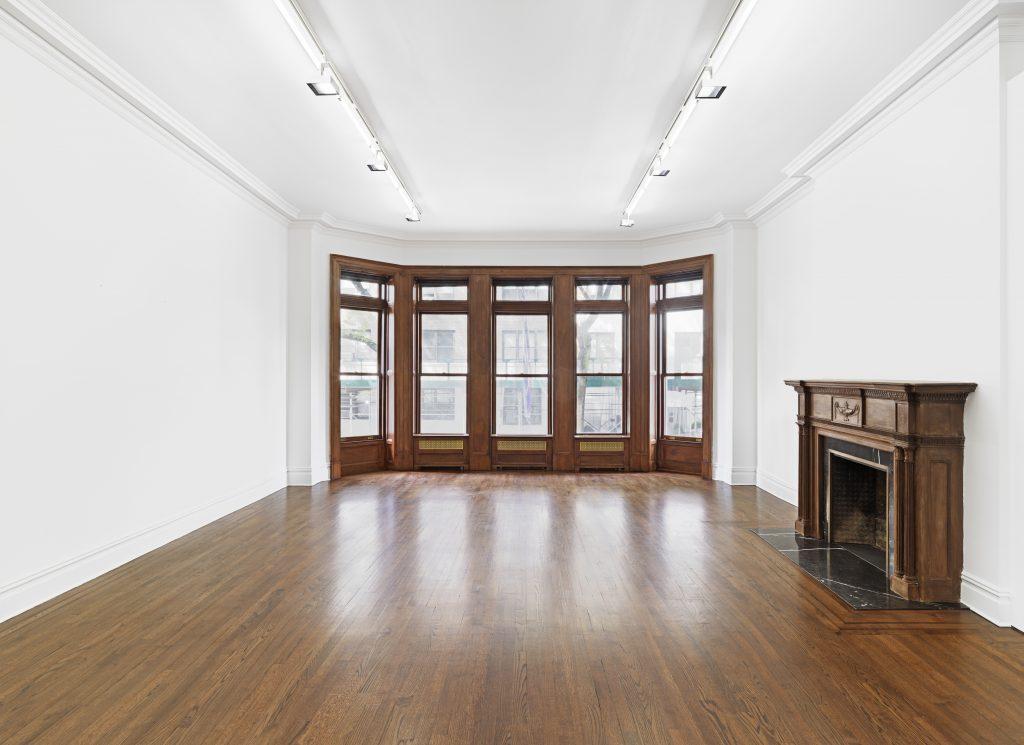 A lot of galleries have been seeking out artists of color, and specifically Black artists, to add to their rosters and diversify their programs. Have you?

Magers: We’re very careful about adding artists to our gallery program. So if you look at our program, you don’t really see a lot of changes. We have been specifically really into Kara Walker and have been showing her since the 1990s in group shows. And we’re really happy that we managed to be the gallery representing her beside Sikkema Jenkins. I was always really super interested in Senga Nengudi’s work, which I learned about through David Hammons. We are doing a lot of work for our artists, which also means that logistically, we can’t shoulder a huge amount of others.

How has the art market changed since you started the gallery?

Sprüth: In the 1980s, the art-market centers were Cologne and New York. There was space for really interesting questions and discourse, and for us that meant focusing on why female artists were so underrepresented in the market. We tried to change this imbalance with the exhibition project “Eau de Cologne.” We organized three all-female group exhibitions in the 1980s with artists like Jenny Holzer, Barbara Kruger, Louise Lawler, Cindy Sherman, and Rosemarie Trockel.

Later on, of course, the art market expanded and became the “art world,” a phrase that reflects globalization. Art fairs play a major role in the market, and their proliferation opened doors to new audiences. Looking back over these many years, though so many things have shifted, what hasn’t changed at our gallery is really trying to take a careful, well-considered approach that centers on the art and the artist.

What are the biggest challenges and opportunities in the market?

Sprüth: Both the biggest challenge and the biggest opportunity is staying focused and believing in your own way forward. We care less about the market and more about the business in general. Being loyal to our artists, growing together over decades, staying in close conversation with them—all this is complex and makes a mark on the business. At the level we are working, we leave a cultural footprint. We have a responsibility. 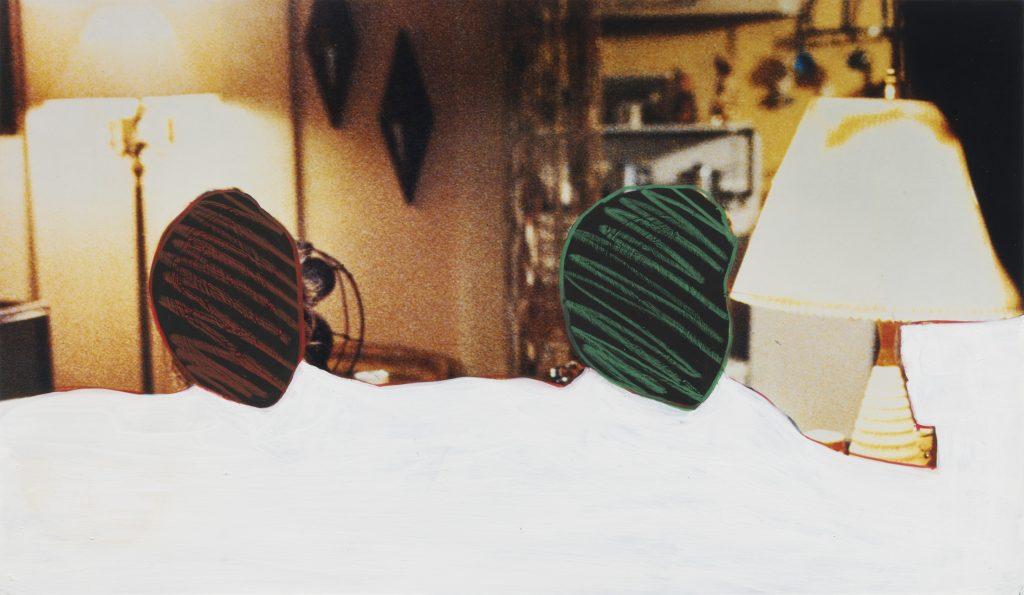 Everyone now is very excited about Korea. You recently announced the representation of South Korean artist Hyun-Sook Song, and gallery artist Andreas Gursky has an exhibition at the Amorepacific Museum of Art in Seoul.

Magers: We have been very, very active in Korea in the last couple of years. We have been organizing a whole bunch of really great projects for our artists there. We have also been working with Korean partner galleries who have been showing our artists. We have a real team in Korea and we’re looking to find physical gallery space there. We started looking a year ago, but it hasn’t been easy with COVID.

You are also doing Frieze Seoul. What’s the response been like so far? I know the opening is still a couple of days away.

Magers: We have almost sold out our booth already. Most of the works are going to Korean collections. I think we also sold something to China and Taiwan.

From where you sit, where do you think the art business is at this point and where is it heading? There’s been a lot of talk about the potential recession. Interest rates are going up. The war in the Ukraine doesn’t seem to have an end in sight.

Magers: I am really troubled by the place the world is in right now. And I ask myself the same questions all the time. But looking at our sales in Seoul, I don’t think that this is afflicting the art market right now. Here in Berlin, we are so close to the war. It’s really upsetting. But there’s a lot of capital around. Art has become an asset, which is something we all are not very happy about, but it’s a fact.

The art market has been incredibly robust. There’s a lot of speculative trading. What are you doing to ensure that your artists don’t end up in the wrong hands?

Magers: It’s really difficult. And it’s a real frenzy. You just try to do it well. Sometimes it works out, sometimes it doesn’t work out.

You have to be really thorough. You take time. We sit together with our team and look at potential clients. You have a conversation, an honest conversation. Maybe don’t do every deal. And then a lot of people who are really fast, they don’t like you and they think, “Oh, you are complicated,” and they rather go someplace else.

I think that’s what we owe the artists. As art dealers, we have a whole bunch of artists, but every individual artist has only one life and one career. They want you to be faithful to their work.