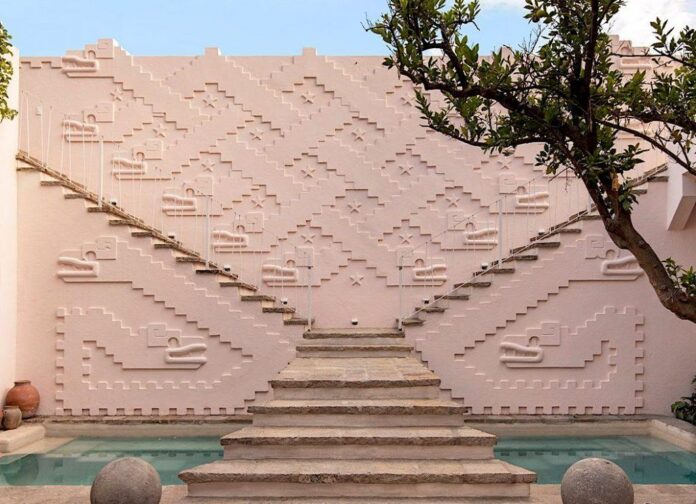 It’s fitting that Pedro Friedeberg is best known for his iconic (1962). Because the 87-year-old Mexican artist’s work is featured throughout a new spot for relaxation. The noted surrealist, who studied to be an architect, and has made paintings, sculptures, murals, and set designs, never attempted to design a hotel. But he created several wall adornments in a property in San Miguel de Allende that has been bought and preserved by a hotelier. 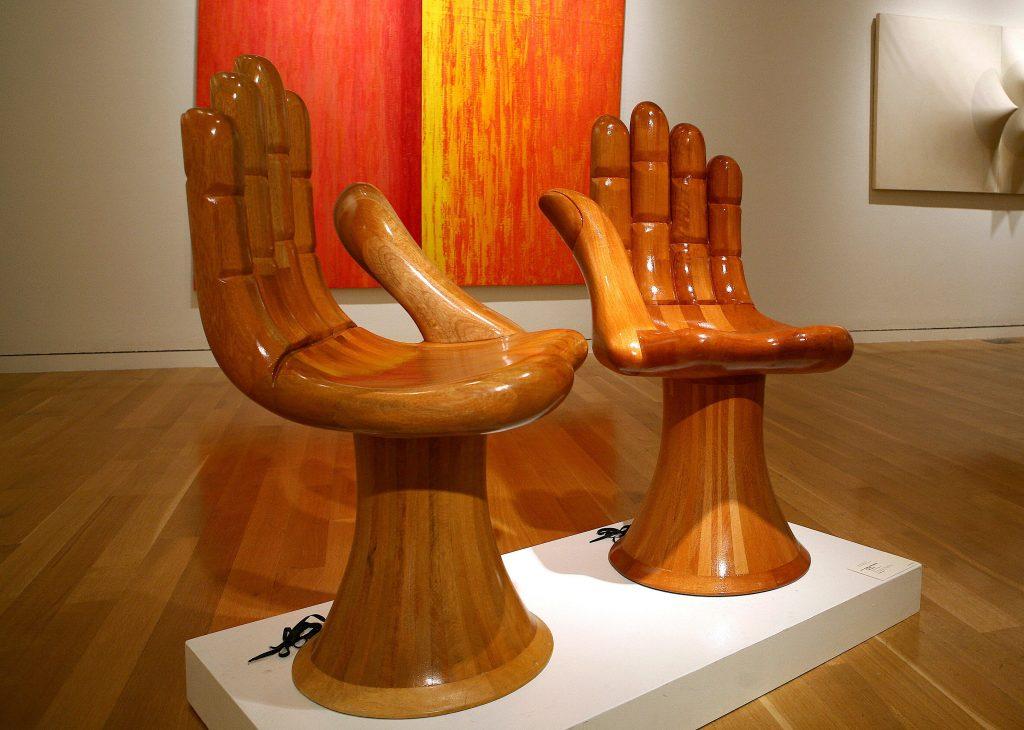 La Valise San Miguel de Allende opened this past fall. “When the estate was first presented to us, what struck us most was the surrealist art embedded in many of the walls by Pedro Friedeberg,” hotelier Yves Naman told Travel + Leisure magazine. “We could not believe the scale of the art and uniqueness of the property and instantly knew this property was the right one for La Valise.”

The six-room luxury hotel sits in the historic center of the city, which earned a UNESCO World Heritage site designation for its cultural vibrance and colonial architecture. The Mexican destination has long been favored by expats, beatniks, and artists. Frida Kahlo is said to have held salons here. Friedeberg’s dynamic yet soothingly repetitive wall embossments set a contemplative tone for the suites and spa-like bathrooms. A dragon motif on the courtyard wall overlooks a double staircase and a pool. Aztec symbols, mythical iconography, and graphic precision imbue the suns, birds, and monkeys that pop up throughout.

Friedeberg, who lives in Mexico City, is considered the country’s pre-eminent surrealist, a contemporary of Alice Rahon, Leonora Carrington, and Remedios Varo. They eschewed the social and political art in vogue during the postwar period. He counted Tamara de Lempicka and Salvador Dalí among his friends. Like another friend, the poet Edward James, Friedeberg is a provocateur, fond of proto-Warholian pronouncements such as “Art is dead” and “I admire everything that is useless, frivolous and whimsical. I hate functionalism, postmodernism and almost everything else.” 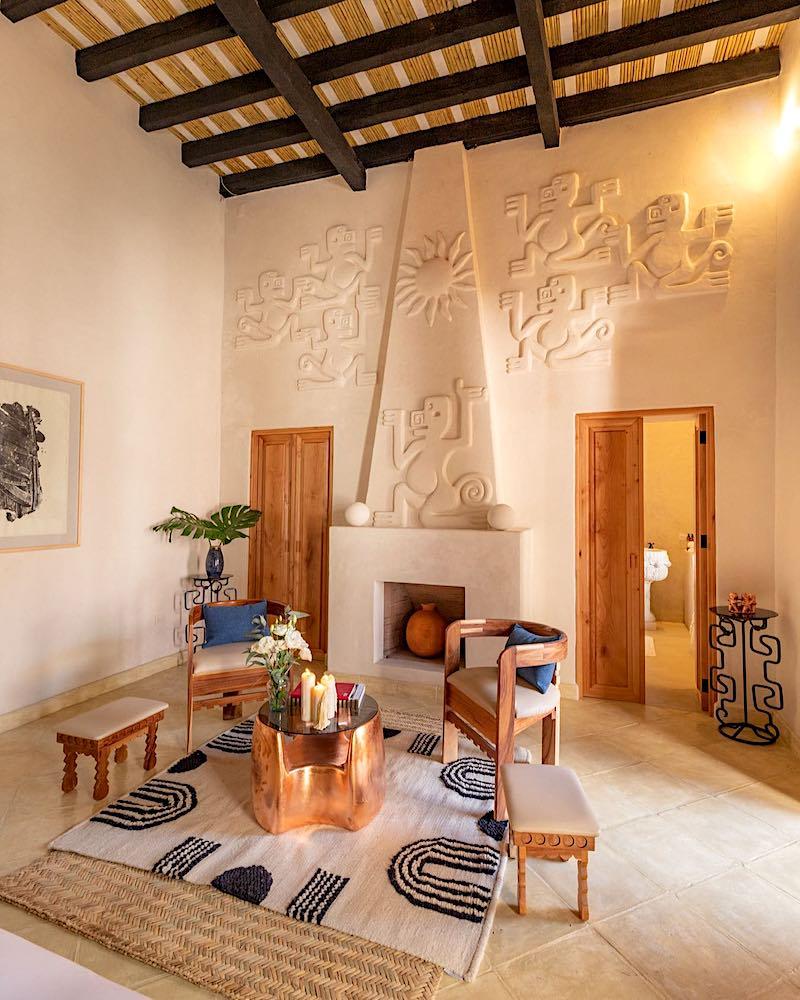 Paintings, pottery, and sculpture by other artists in the gallery-like hotel were locally curated by owner Naman and Roberto Ayala, who is listed as the manager of La Valise hotels. Like Tulum and Mexico City, where the La Valise brand also operates small, upscale hotels, San Miguel de Allende, 170 miles northwest of the capital, has recently gone from an affordable vacation spot to a pricier, de rigueur hangout for the arty jet set. Current part-time members of the town’s sizable expat community include writer Beverly Donofrio (Riding in Cars with Boys), photographer Tim Street-Porter and his interior-designer wife Annie Kelly, Los Angeles Times art critic Christopher Knight, and David Cruz of the art and design gallery Blackman Cruz.