Home News For Its Latest Haute Jewelry Release, Bulgari Takes Its Cues From the... 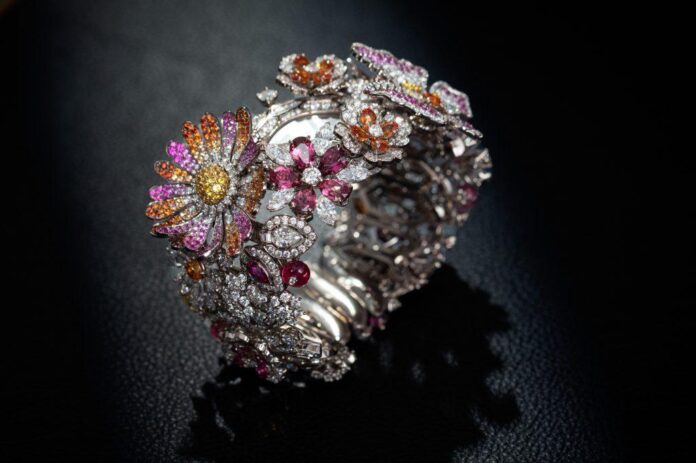 Bulgari’s latest high jewelry collection, “Eden, The Garden of Wonders,” offers several different versions of paradise—including a rather literal tribute to the divine .

The Italian luxury house has mastered the art of conjuring the broad animal kingdom, but they’re renowned for their snake-inspired motif, which slither into necklaces, bracelets, watches. and rings. The has been a house design staple since the 1940s; according to ancient Roman mythology, the reptiles symbolize fertility, rebirth, and protection.

Each one-of-a-kind piece in the collection of 140 accessories touches upon a marvel of the natural world. The Flowers of Eden necklace pairs tourmalines, diamonds, carnelians, amethysts, and emeralds: a dazzling bouquet of colors and array of precious stones paired with more ornamental gems. Another necklace is inspired by an Italian fern.

The timepieces are masterful, sculptural assemblages of jeweled flora (with added butterflies) that push the boundaries of shape and celebrate the haphazard and wondrous aspects of nature. They’d be impressive as bracelets and cuffs even without the pinnacle Swiss . Bulgari artisans required 4,400 hours to create the breathtaking Giardino Dell’Eden tourbillon. It’s composed of 6,500 stones, a medley of cabochon Paraiba, emeralds, garnets, pink tourmalines, opals, rubies, multicolor sapphires and diamonds. For a slightly less spectacular statement, the wearer can detach part of it and wear as a brooch. It truly stands in a class of its own. 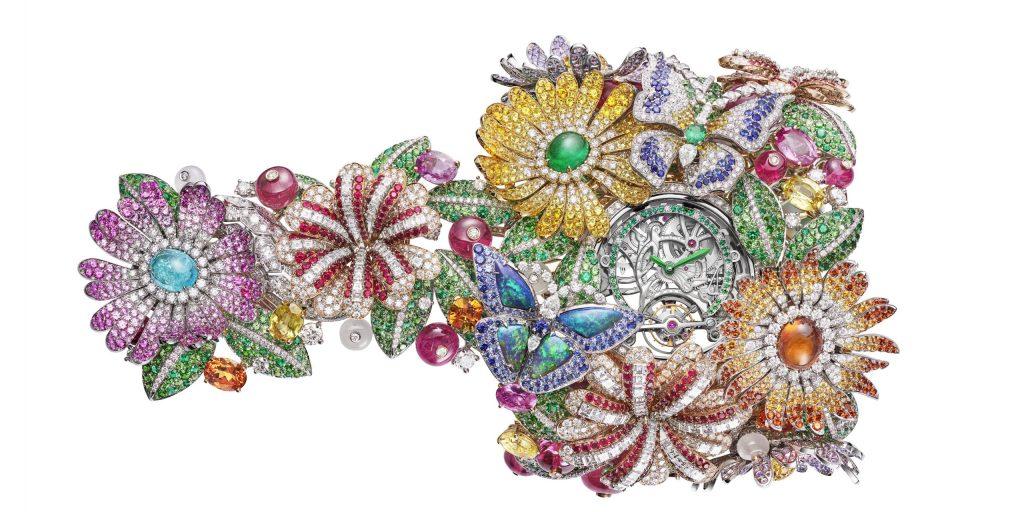 But Bulgari steps out of the garden altogether and into another sort of paradise—the lover’s sanctuary of Paris. “Tribute to Paris” is Bulgari’s stunning ode to the city and its special bond to the Roman luxury purveyor (Bulgari’s collections are traditionally debuted in the Place Vendôme flagship). It took Bulgari’s artisans 2,000 hours to construct the intricate piece.

The necklace’s heart is a massive cabochon-cut, 35.53-carat Colombian emerald that is orbited by handcrafted emerald and diamond inlays that echo the silhouette of the Eiffel Tower, a stunning yet subtle homage to the city’s quintessential symbol. 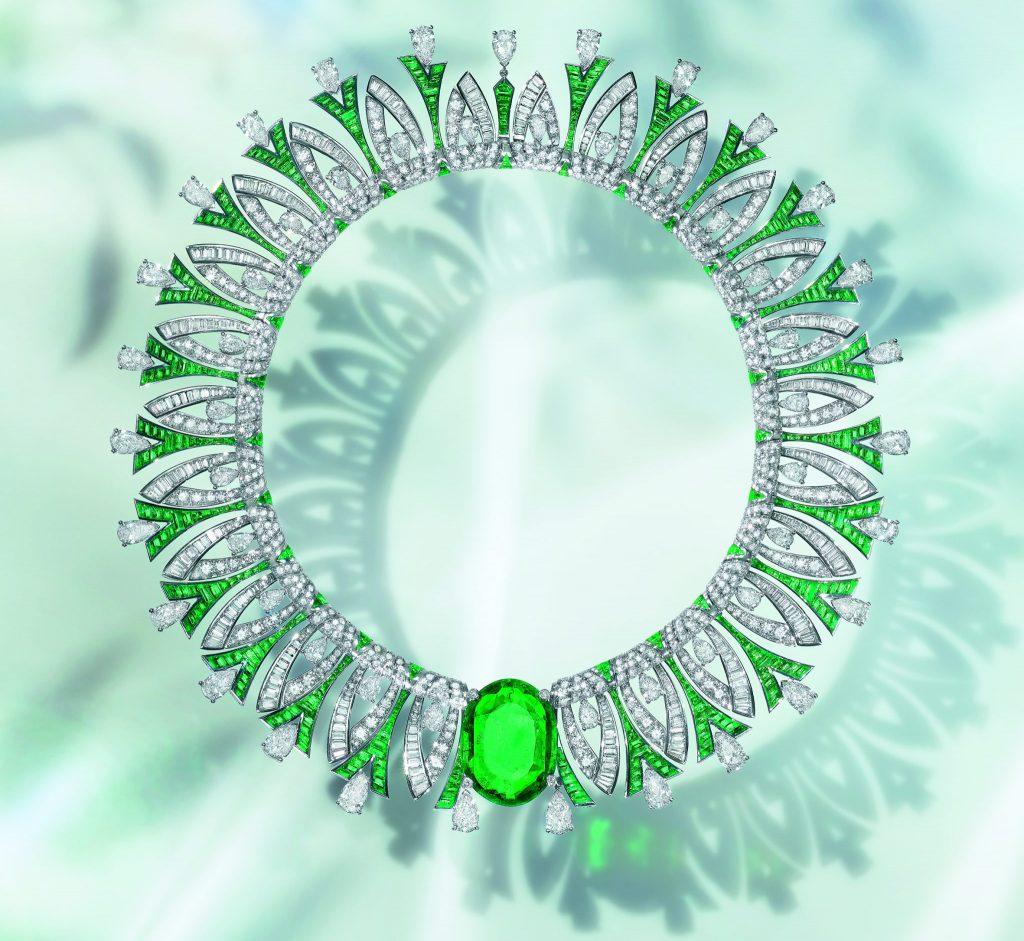 In the Tribute to Paris necklace, emerald and diamond Eiffel Towers orbit a 35.53-carat emerald. Courtesy of Bulgari.