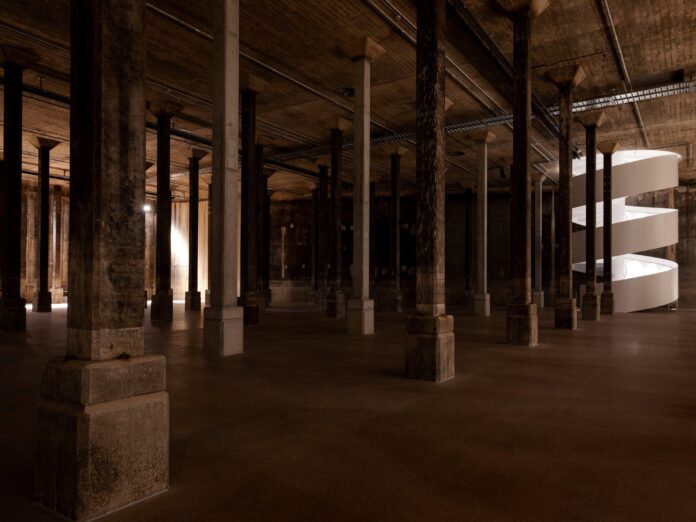 A repurposed, underground Second World War oil reservoir is the centrepiece of Sydney Modern, the A$344m ($225m) extension to the Art Gallery of New South Wales (AGNSW) set to open in the Australian harbour city on 3 December.

When the director of AGNSW, Michael Brand, first announced Sydney Modern in 2013, his vision was to transform the gallery into “a truly great art museum in the Asian century, in an interconnected and digitised world”. Speaking at a media preview of the newly completed building in Sydney this week, Brand acknowledged that the world was “even more complex” than the one he envisioned nine years ago. The only “constant” he remarked, is the “the encounter [that takes place] between the museum visitor and an artist’s work in our evolving architecture”.

Sydney Modern may be sparkling new, but it is the culmination of a decades long struggle to house and display the AGNSW’s ever-growing collection and cater to increasingly ambitious exhibition programmes and new forms of art.

When it opens, Sydney Modern will almost double AGNSW’s exhibition space overnight and put an end to nearly a century of expansions and additions to the beloved but ill-fitting neo-classical, 19th-century building that has housed the AGNSW since 1897.

SANAA’s design capitalises on the gallery’s location, perched atop a sandstone escarpment that overlooks Sydney Harbour. At the entrance, a forecourt covered by a vast corrugated glass roof will house Here Comes Everybody, three playful bronze works by the New Zealand-born, London-based artist Francis Upritchard. Linking the old and the new buildings is bial gwiyuno (the fire is not yet lighted), an art garden designed by Wiradyuri and Kamilaroi artist Jonathan Jones.

Inside, visitors are greeted by three limestone-clad pavilions and several exhibition spaces that descend four stories below. At ground level is the Yiribana Gallery, which first opened in the existing building in 1994 and has now been given greater prominence. The level below houses a pavilion for exhibitions of contemporary art, below that, a pavilion that will house major exhibitions.

On the lowest level is the Tank, a vast 2,200 sq. m gallery space in a repurposed concrete reservoir. Entrance to the Tank is via a pristine-white spiral staircase of generous width that pierces through the concrete membrane.

Within the gallery’s ranks, hopes are high that this unique space with its seven-metre-high ceilings, 125 concrete pillars and oil-stained concrete walls will attract leading artists keen to undertake bold site-specific projects.

The Argentine-Peruvian artist Adrian Villar Rojas was tapped for the inaugural tank commission in 2018. On his first visit, Villar Rojas understood “the power and potential of this underground realm”, he said in a statement.

Unable to make site visits during the Covid pandemic, the artist turned to the virtual realm, creating with his team virtual environments into which the artist embedded sculptures that then underwent space and time-bending simulations. The result is The End of Imagination, a series of large-scale sculptures that will be unveiled in when Sydney Modern opens to the public on 3 December.