Home News London’s Natural History Museum Has Come Under Fire for Agreeing Not to... 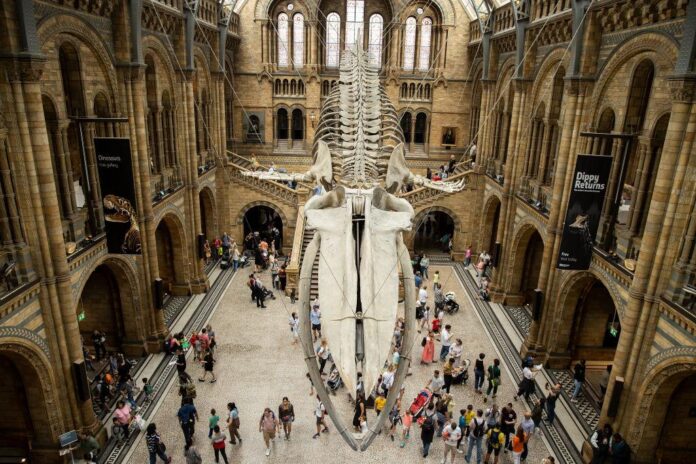 London’s Natural History Museum is being accused of greenwashing after entering into a series of contracts with an energy conglomerate that contain a “gagging clause.”

According to an investigative report from the Guardian, the institution signed a multi-year deal with DONG, a Danish power brand, to sponsor its annual Wildlife Photographer of the Year competition starting in 2016. Included in the agreement was a stipulation that barred the institution from making “any statement or [issuing] any publicity which may reasonably be foreseen as discrediting or damaging the reputation” of the company, which previously invested heavily in oil and gas.

Such a clause represents a clear conflict of interest for the museum—a publically funded venue dedicated to the natural world—critics have argued. Others online have called out the company’s use of sponsorship tools to steer public conversations about environmental issues—a practice known as greenwashing.

“It is totally unacceptable that, when the public walk through the doors of British museums, the information they consume is being controlled by large corporations,” Robin Wells, a representative from the advocacy group Fossil Free London, told the .

Revealed: The Natural History Museum signed a gagging order with the Danish oil company Dong Energy when it sponsored Wildlife Photographer of the Year.

In one photograph included in the 2016 edition of the Wildlife Photographer of the Year exhibition, a cormorant darts through thousands of fish below an oil rig. The image, contributed by underwater photographer Alex Mustard, was accompanied by a caption that downplayed the effect of oil excavation on marine ecosystems.

“Drilling for oil is not generally considered beneficial for wildlife, yet oil rigs can provide shelter and a rich food supply for many animals including Brandt’s cormorants,” the text read.

In the fall of 2020, the museum re-upped its contract with the energy company, which has since changed its name to Ørsted and divested of fossil fuels in an effort to focus on renewable sources of energy. Set to remain in effect through September of this year, the agreement contains the same content clause as its predecessor.

In a statement, the Natural History Museum explained that Ørsted and other sponsors have no control over the institution’s content.

“Clauses such as this are standard for corporate partnerships but, as they can be open to misinterpretation with regards to the absolute editorial control we retain, we no longer include them in new agreements,” a spokesperson for the museum said.

Representatives from Ørsted did not immediately respond to Artnet News’s request for comment, but told the that the company “would not seek to influence the Natural History Museum’s views or limit its ability to provide its usual high standard of independent, critical, fact-based commentary on any aspect of the energy industry sector, should it choose to do so.”

Spotlight: An Exhibition of LGBTQIA+ Artists Testifies to the Art Students League’s History as an Incubator for Radical Talent