Home News Frick Director Ian Wardropper on How the Museum’s Temporary Move to a... 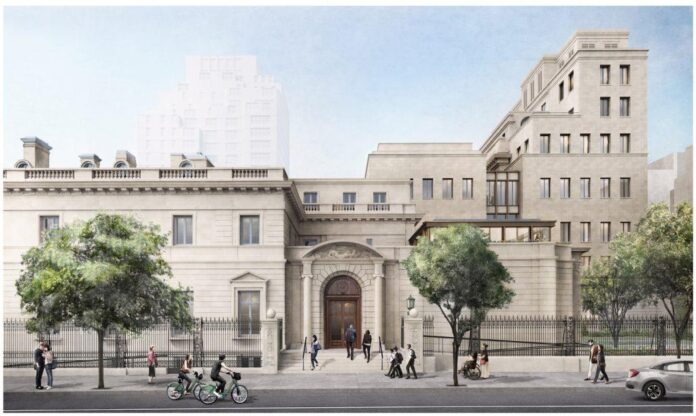 “Consider that, in the beginning, I thought the whole collection would have to go into storage for three years,” said Frick CEO and director Ian Wardropper in a recent interview with Artnet News. He was referring to mid-2018, when the beloved Upper East Side museum scored a hard-fought win, finally getting the green light for an ambitious expansion plan at its longtime home in the eponymous mansion on East 70th Street, after a string of unsuccessful proposals.

However, instead of the lights going dark and the world-class collection of art getting temporarily tucked away, a serendipitous art world twist occurred. In June 2020, the Metropolitan Museum of Art decided not to continue operating its Met Breuer outpost in the Whitney’s former Madison Avenue home, and the Frick leapt at the opportunity to take over the space. The museum moved its collection there in late 2020 and Frick Madison was born. The doors opened in early 2021. 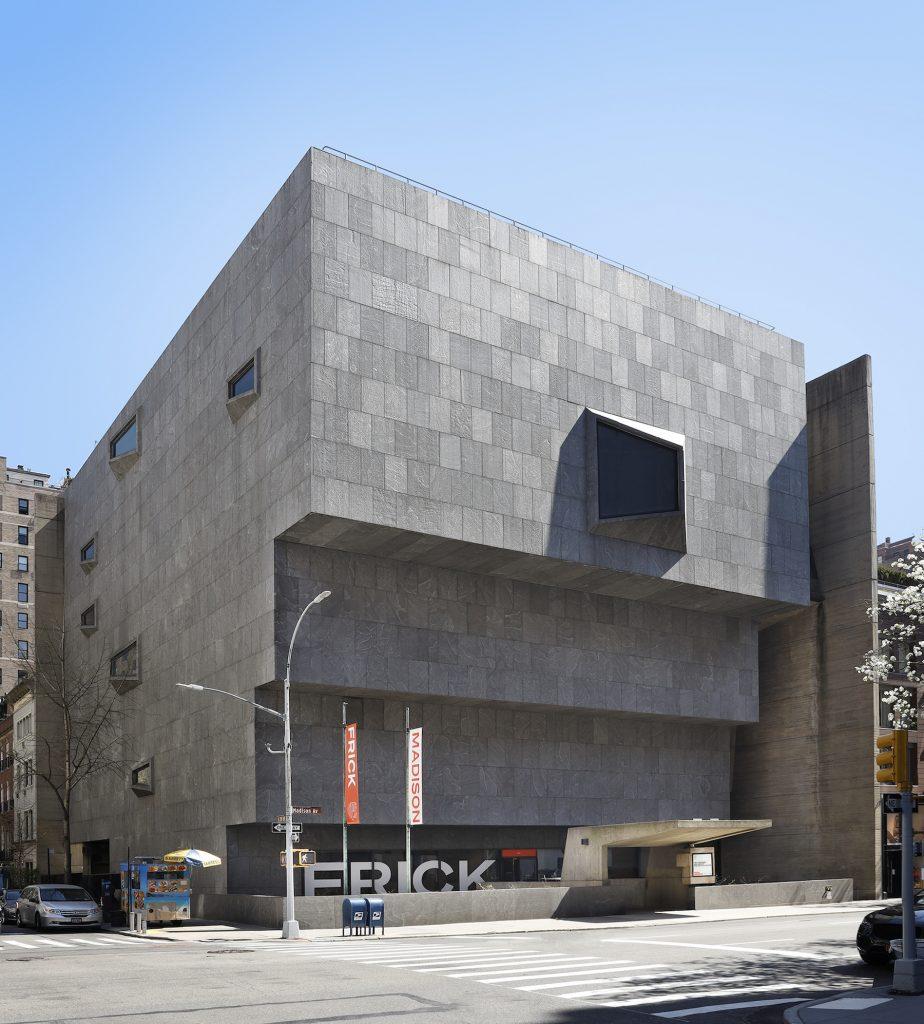 “That was a real gift,” Wardropper said, seated in his temporary office in the Breuer building. “We were lucky that this building was available at the time that we needed to vacate our premises. We had the opportunity to rethink the collection and how we show it here. That charged everybody up and made our audience pay new attention to the Frick.” The new layout in the cantilevered building is now organized by region. 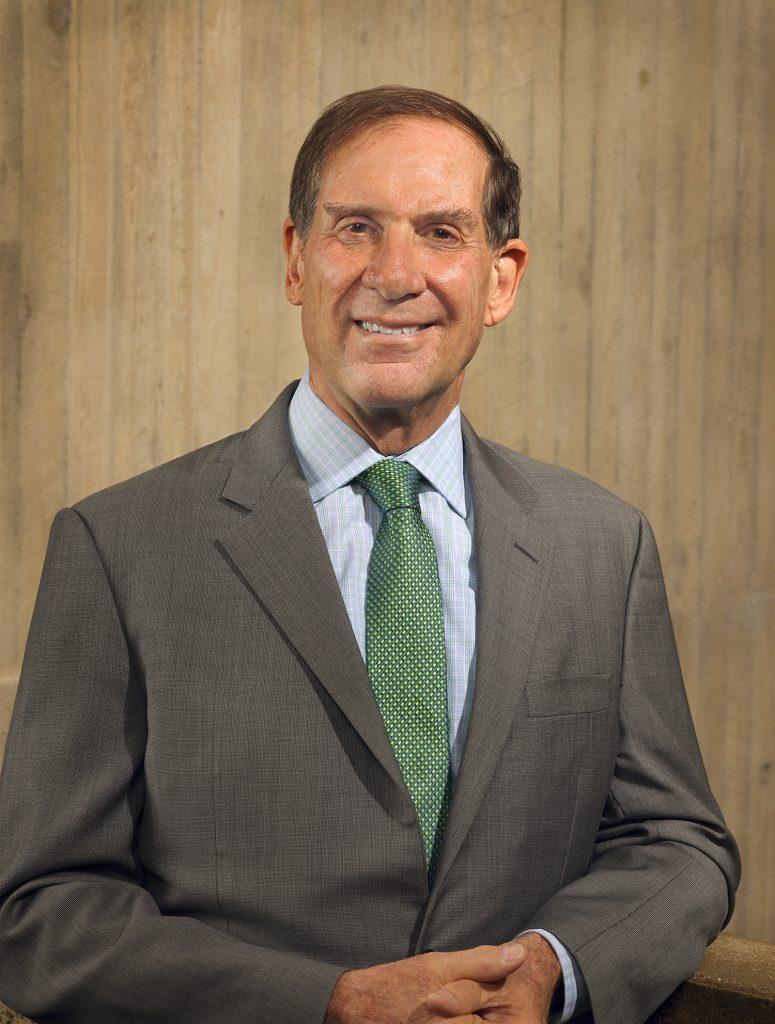 For a museum founded by a single owner, now more than eight-decades old and a beloved New York institution to boot, the Frick has proved surprisingly nimble amid the challenges of recent years, from the massive temporary collection move itself, to the embracing of digital programming that quickly went viral amid the months-long pandemic-related lockdown. For instance, the wildly popular “Cocktails With a Curator” series garnered nearly 1.8 million views across 65 episodes despite virtually no marketing budget, all with the power of social media and word-of-mouth at the height of the pandemic. 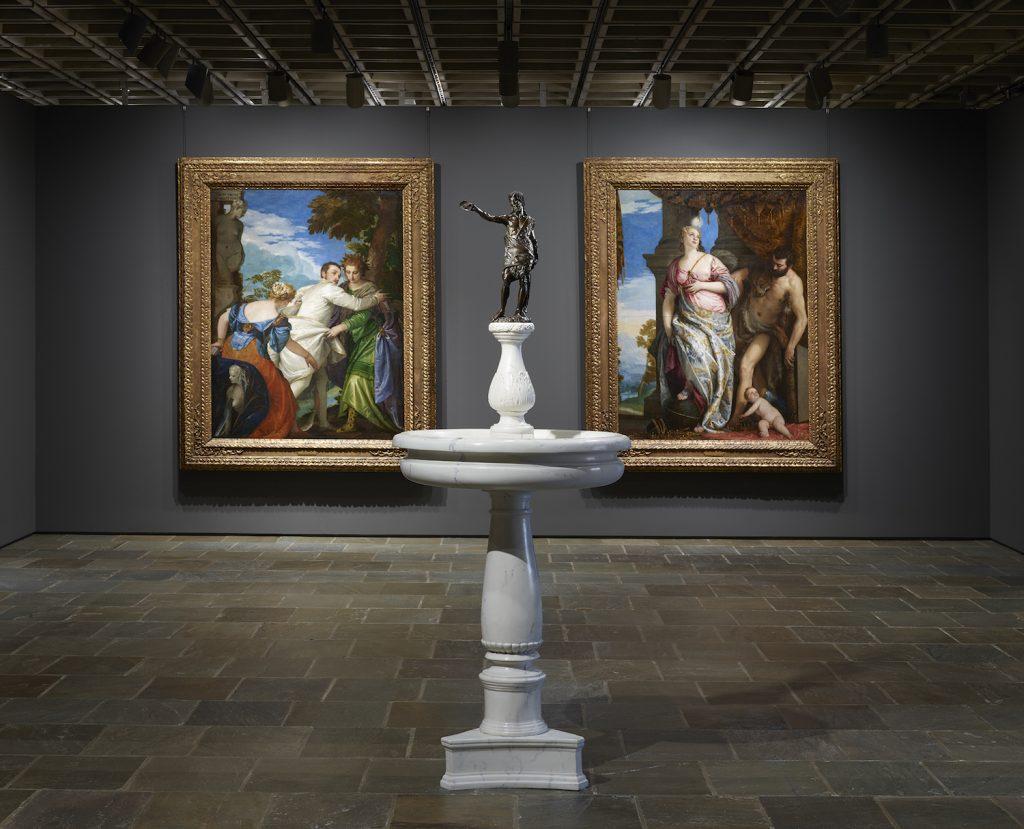 Installation view of third floor central Italian gallery and Francesco da Sangallo’s St. John Baptizing atop a replica of its original base, the marble holy water font in the town of Prato, in Tuscany. Photo by Joseph Coscia Jr.. Image courtesy The Frick.

Wardropper and his staff also continue to keep the programming fresh through a mix of building on contemporary art “interventions” by living artists, to expanding educational programming and outreach, including plans for a new purpose-built education center as part of the renovated 70th Street space. The Frick also immediately took advantage of some related “dispensation” freedoms amid the temporary collection move to make important, unprecedented art loans to prestigious museum shows in the U.S. and abroad, including a major Vermeer show opening at the Rijksmuseum in Amsterdam this Spring.

“One of the big challenges for more traditional museums—and we are focused on Old Master art—is the existential question of how do you get younger audiences interested in what we have,” said Wardropper, who was appointed to lead the museum in 2011. “There is no one solution, so we’re trying all kinds of different things.” 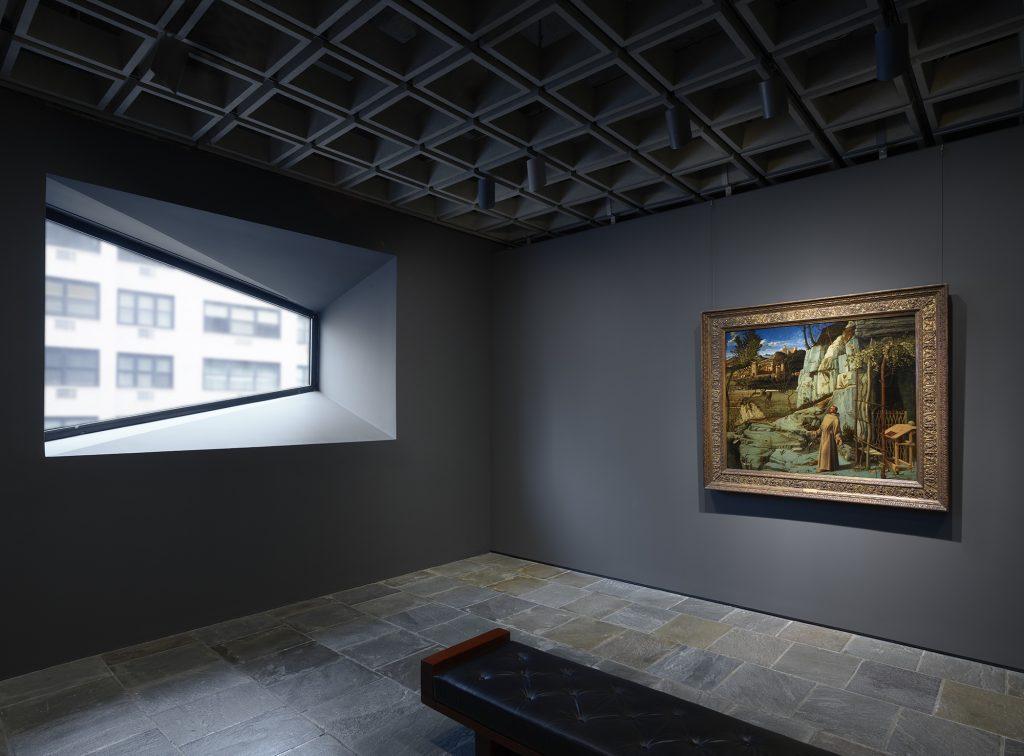 “Being in this building, where there have been so many contemporary exhibitions, I think the audience is expecting that. We love having a younger audience coming in and discovering us,” he said. 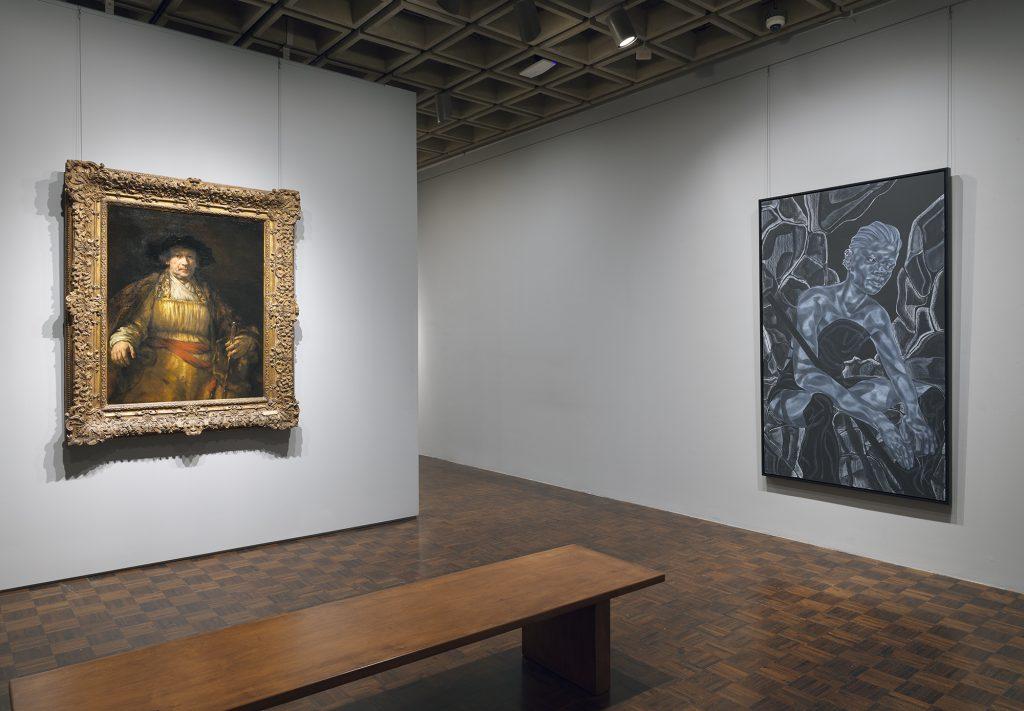 As part of the Living Histories series of installations in 2021-22, Rembrandt’s Self-Portrait was shown in conversation with Toyin Ojih Odutola’s work The Listener Photo by Joseph Coscia Jr. Image courtesy The Frick.

More recently under initiative labeled “Living Histories: Queer Views and Old Masters,” the museum invited contemporary artists who identify as queer to respond to works in its collection. Over the course of a year, sought-after artists including Doron Langberg, Salman Toor, Jenna Gribbon, and Toyin Ojih Odutola created portraits responding individually to works by Holbein, Vermeer, and Rembrandt. The resulting works were displayed near the originals.

“It wouldn’t really make sense for us to start collecting contemporary art,” said Wardropper. However, “you can have a contemporary intervention.” 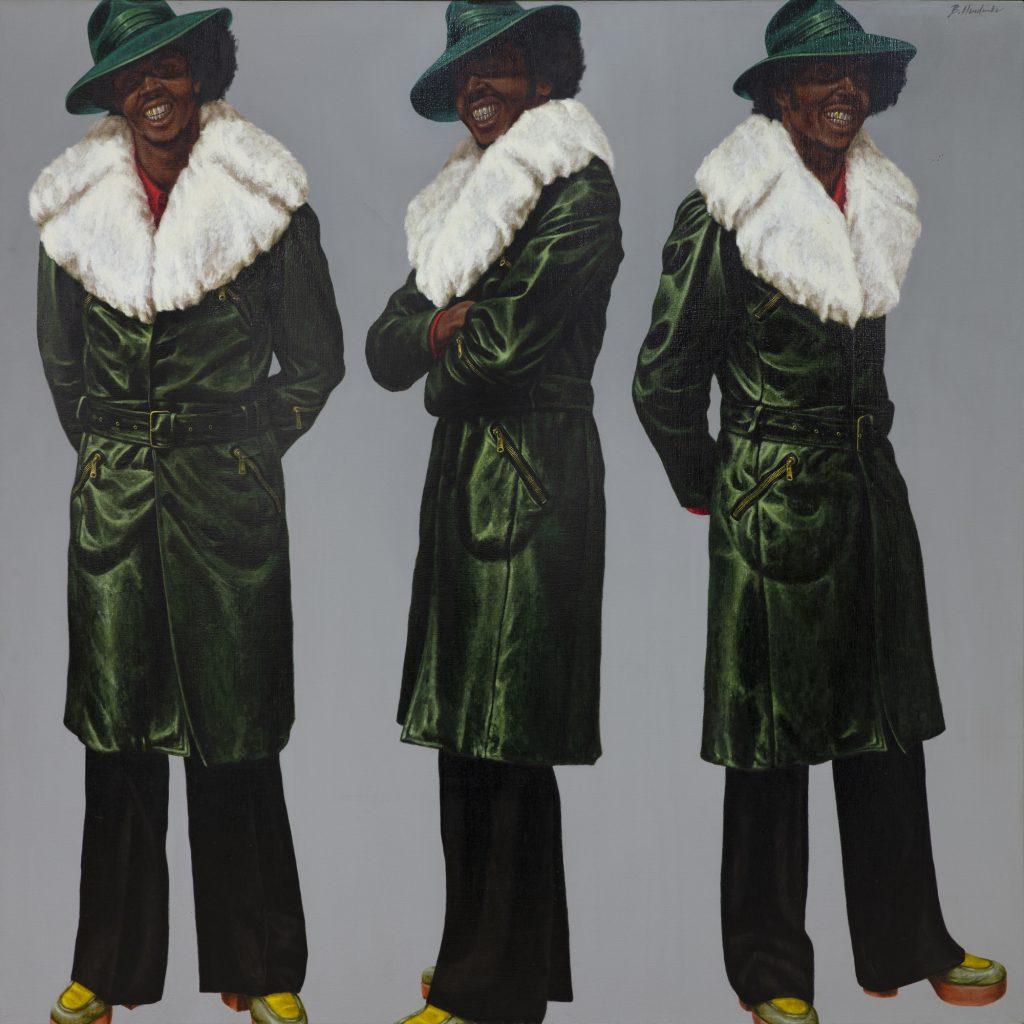 Later this year the Frick is organizing a show of the early work of Barkley Hendricks, who passed away in 2017 and has lately been drawing growing posthumous acclaim for his realist and postmodern paintings of Black Americans living in urban areas.

The idea for the show, which is being curated by Aimee Ng and Antwan Sargent, came about through conversations with Hendricks’s widow and his gallery, who were thrilled at the prospect of a Frick exhibit. “It turns out the Frick was one of his favorite museums and he came here often,” said Wardropper.

Hendricks’s work will be shown in the galleries adjacent to artists he greatly admired such as Thomas Gainsborough and Sir Joshua Reynolds, accompanied by videos of Hendricks discussing his favorite artists and sources of inspiration at the museum. The Frick is further inviting well-known creatives including artist Kehinde Wiley and playwright Jeremy O. Scott to weigh in on the artist in writing.

Hendricks’s portrait paintings “seem to really resonate today. What does this younger generation take from somebody who was a pioneer?” said Wardropper.

“While we’re here, it allows us more freedom, in this building that’s kind of a laboratory,” said Wardropper. “It’s almost the antithesis of the Gilded Age mansion, where we can experiment more easily. We’re hoping we develop audiences and ideas here that we can take back to the mansion.”

Another major focus for the museum in recent years is bolstering its education department, in anticipation of the standalone center being created at the overhauled mansion. Last September, the museum appointed veteran and former teacher April Kim Tonin to the newly created position of head of education and public engagement.

Tonin told Artnet News in a recent interview that she has been focused on the museum’s audience, “coming out of 2020 programs online and onsite, and what is that going to look like down the road.” Tonin stressed the importance of interdepartmental collaboration, noting that the museum’s education division falls under the curatorial department. “There is an emphasis on research and the research that we share with our public is really high. There is a rigor that I really appreciate,” she said.

Tonin said it’s clear the Frick has audiences that are “local, national, and international, which I think is wonderful. But they all engage in different ways. There are certain people who come here all the time, sort of a community base, and those who may not come to the museum physically but they’re very much participating in the online programs—for example, ‘Living Histories’ was incredibly popular.” This summer the museum launched a well-received series of free after-hours community evenings.

Tonin says one of her main focuses is determining “where the audience is coming from” in an effort to boost inclusivity, adding that “for example, it’s really encouraging to see people coming from all five boroughs of Manhattan.”

Though the Frick works with students of all ages, from middle to high school, and at the college level with schools such as the nearby Hunter College, certain demographics stand out.

Tonin said the Frick’s school audience is 77 percent from the New York City area, and that 45 percent of those are Title 1 schools (Title 1 funding provides financial assistance to schools with high numbers or high percentages of children from low-income households). Further, the Frick saw a 65 percent increase in Fall 2022 in the numbers of participants in its “guided school” and “college visits” program as compared with the previous year.

Both Tonin and Wardropper stressed the importance of online initiatives, such as “Where in the World,” which provide expanded context about artworks by explaining the origins of everything from a pearl in a Vermeer painting to the mahogany used as a base in an Old Master work.

“All the objects carry a history. They’ve been in multiple places, or they may have been made for a very different setting originally, so that enters the conversation… what is its history that you trace?” said Tonin. “Also thinking about why an artist made a certain object: What is its purpose?”

They stressed the need to find a balance between robust virtual programming and IRL programming moving forward, particularly with the return to 5th Avenue and 70th Street, which is currently slated for late 2024. “We’re trying to find that sweet spot,” said Tonin, in terms of frequency of programming.

She is anticipating the Hendricks show will have a robust educational component. It will be one of the last special exhibits at the Breuer before the Frick starts preparing for the return to the Frick Mansion, when the lease is up.

While Wardropper is excited and enthusiastic about all the changes afoot, he also stresses the need to find a balance and keep the essence on which the Frick was founded. 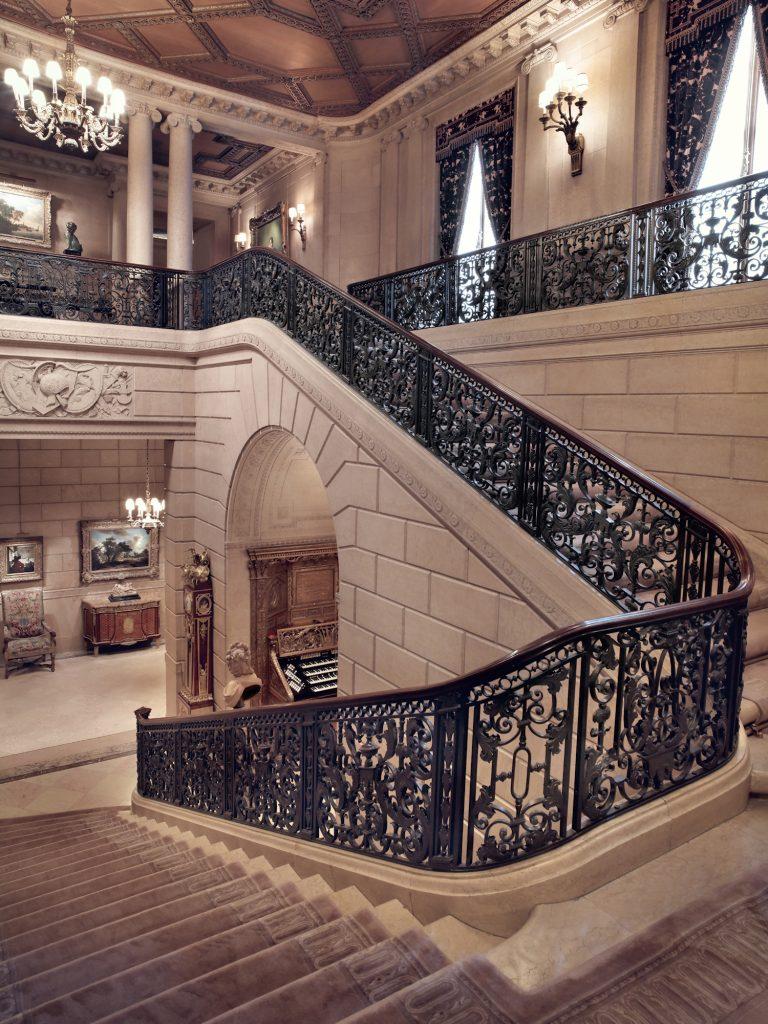 He acknowledged that founder Henry Clay Frick, who had a reputation as a ruthless businessman, was “far from perfect,” particularly when it came to labor practices in the mining and coking operations that made his fortune.

“The Frick is rare as being a place that’s very much of its moment and of its time, but it will become a mausoleum if we don’t continually try to rethink and refresh it,” said Wardropper. “That’s why being here [at the Breuer] has been a blessing in a way. The enhancement and renovation program also gives us an opportunity to look to the future. We’ve been in existence for 85 years. What are the next 85 years going to be like?”