Home News Guards at the Musee d’Orsay Thwarted an Attempted Soup Attack on a... 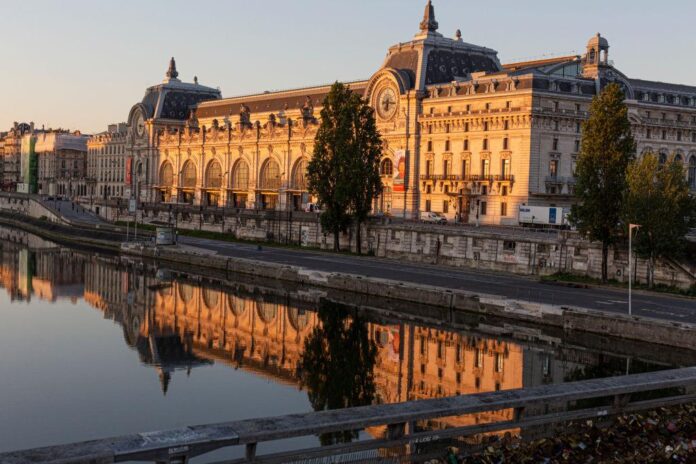 An attempted attack on a painting at the Musée d’Orsay in Paris on Thursday was intercepted by security, the museum has confirmed to Artnet News.

This news comes shortly after France’s culture minister, Rima Abdul Malak, called on “all national museums to redouble their vigilance.”

Guards in the gallery spotted a woman removing a sweater to reveal a white t-shirt with the slogan “Just Stop Oil.” She was accompanied by several other people holding cameras ready to film the action, according to a report in Le Parisien.

The woman was apparently planning to press her face against the artwork before dousing it with soup stored in a water bottle, according to one source who spoke to the French paper.

Security apparently asked the woman to empty out the contents of her water bottle before allowing her to leave. She was able to exit the museum before any police were called to the scene and was therefore not taken into custody.

Le Parisien reported that the planned target of this attack was van Gogh’s Self-portrait in Saint Remy, with another work by Gauguin selected as a back-up should the first attempt fail. This has not yet been confirmed by the museum.

The intended protest was inspired by similar climate protests in the U.K. and Germany, most notably when two supporters of Just Stop Oil, wearing the same t-shirts, threw tomato soup at van Gogh’s Sunflowers at the National Gallery in London.

The Musée d’Orsay has filed a complaint for voluntary attempted damage with the Paris prosecutor’s office, which has reportedly opened an investigation, according to The National. With no actual offense committed, it is unclear what the outcome will be.

On the same day as this thwarted attack, a male activist for “Just Stop Oil” glued his head to Vermeer’s The Girl With a Pearl Earring at the Mauritshuis in The Hague. A collaborator then poured a can of tomatoes over his head.

The museum announced that the masterpiece was not damaged by the action.

Protests staged in museums are showing no signs of slowing. Just yesterday, two climate activists associated with the group Letzte Generation (Last Generation) in Germany glued themselves to a dinosaur skeleton at Berlin’s Natural History Museum. The object is more than 60 million years old.

Other German institutions have fined activists partaking in similar protests.