Home News Here’s What to Expect From the Debut of David Byrne’s 15,000-Square-Foot Immersive... 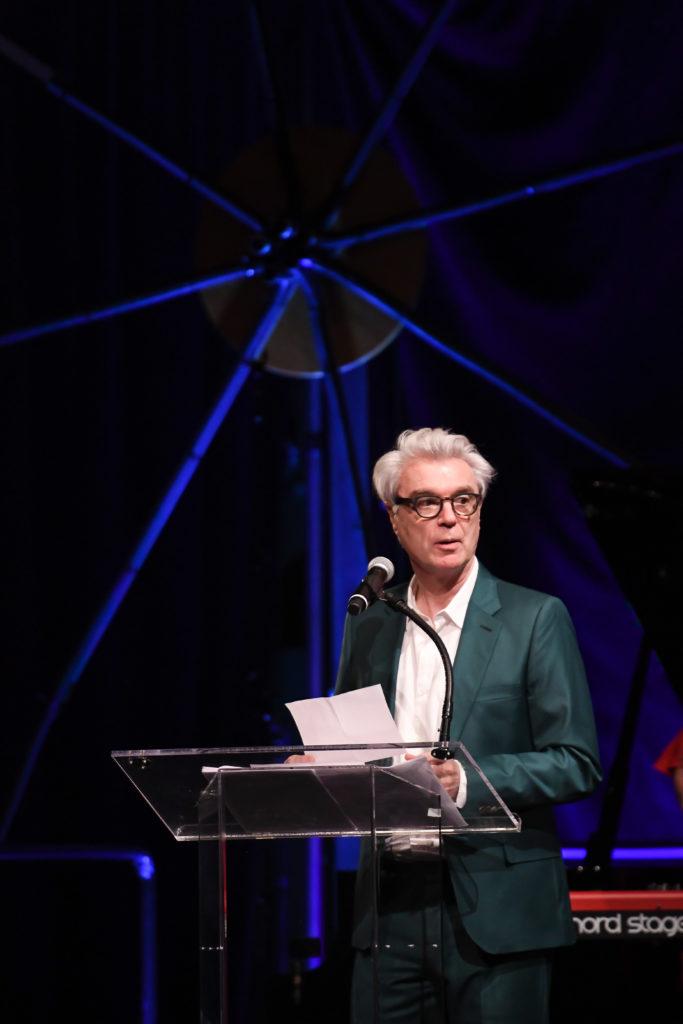 The hands-on show, created in partnership with technology investor Mala Gaonkar, explores human perception at the Denver Center for the Performing Arts, specifically at its experimental Off-Center space, a former cannabis grow house in the Clayton neighborhood.

Byrne told that he chose to debut the show in Denver based on the center’s previous experience with immersive programming. “Not quite like this,” he said, “but they’ve cultivated an audience in Denver.”

Byrne and Gaonkar collaborated on a similar project in 2016 at Pace Gallery’s Menlo Park location. Called “Neurosociety,” the experience contextualized brain research for the gallery setting.

Byrne later staged an early version of “Theater of the Mind” in 2017 on Governors Island as a series of “workshop performances.”

“Theater of the Mind” builds on that beta testing. Like “Neurosociety,” the show guides small groups of attendees through sensory experiments demonstrating how negotiable consensual reality actually is.

“Experiments, we feel, are a form of theater,” Byrne and Gaonkar told Artnet News in 2016. At “Neurosociety,” visitors saw themselves reimagined as dolls, predicted the results of fictional elections, and experienced moving objects freezing.

There’s no word on what specific gauntlets “Theater of the Mind” will entail, though it does take a more personal approach. Actors and actresses from the Denver Center’s stable play the guides who lead each group through “sensory experiments that reveal the inner mysteries of the brain,” inspired by actual stories from the lived experiences of Byrne and Gaonkar. They’ll engage sight, but also scent, touch, and sound.

“I think a thing that’s going to really track for a lot of these audience members is the way that these different perceptual phenomena actually make up our perception of the world,” director Andy Scoville told the news outlet Denver 9. “And then the experience will ask the question, is that reliable? How malleable is that? And what does that mean for us as people?” Ego dissolution could help us actually use new scientific insights.

Unlike Byrne’s zeitgeist Broadway show, attendees at won’t really get to see the musician perform—unless they make it out for a live conversation between Byrne and leading neuroscientists moderated by Radiolab co-host Latif Nasser at the Denver Center on September 12.

“The conversation will explore the intersections between art and science and the neuroscience research that inspired this groundbreaking production,” the center said in a statement in May.

The most expensive tickets, up to $1,000, “may include a photo opportunity with David Byrne, cocktails with the creative team, [and] reserved seating.” Proceeds benefit immersive programming at Off-Center. General performances run through December 18.

A Thief Swiped a $70,000 Glass Sculpture From an Oklahoma Museum—Then Was Caught When He Returned to the Exhibition