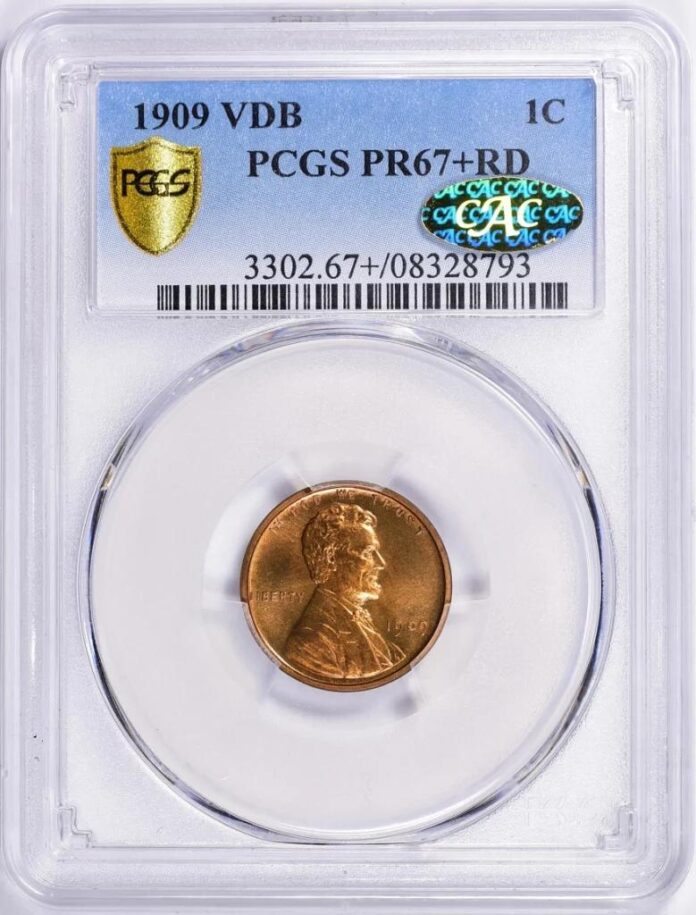 According to Time Magazine, the cost to produce a single penny in the United States in 2009 was 1.4 cents. Since then, that cost has almost certainly increased—but to nowhere near the price achieved this week by the California-based Great Collections auction house, which sold ten rare 100-year-old rare pennies for a gargantuan $1.1 million.

“The ten pennies were specially struck proof coins made for collectors by the United States Mint in Philadelphia in the early years of the Lincoln cents,” the auction house explained in a statement. “All are still in pristine, mint red condition and sold for a combined total of $1,113,174.”

A penny from 1909 was the star of the show. It is, in fact, considered one of the rarest and most highly valued pennies in existence, made to celebrate the centennial of Abraham Lincoln’s birth and inscribed with the initials of its designer, Victor D. Bringer. It sold for $365,000.

According to WYTV, the coins were previously in the collection of a New York-based collector, who had amassed a significant collection of rare coins over a 50-year collecting career.

Though its recently experienced a slowdown, the market for rare coins and currency, a.k.a. numismatics, has been on something of a tear in recent years. In June 2021, a1933 Double Eagle formerly owned by shoe designer Stuart Weitzman sold for $18.9 million at Sotheby’s, setting a world record for a coin.