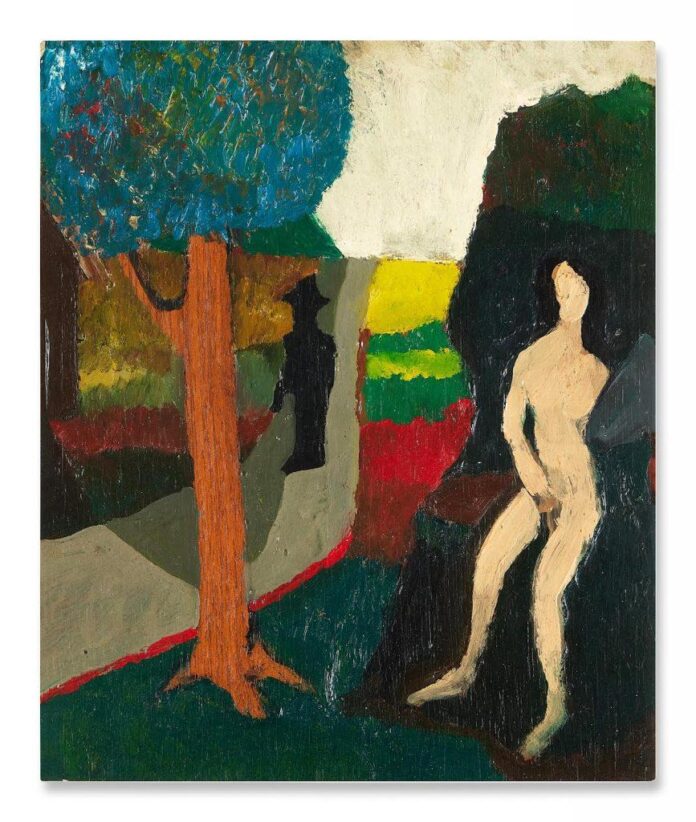 Marquee evening sales may get the most eyeballs, but don’t sleep on the day sales. While these workmanlike auctions may not deliver the eye-popping sums of their nocturnal siblings, they are keen barometers of what is on the rise—and what is on the decline.

We combed through hundreds of lots offered at this season’s day sales at Christie’s, Sotheby’s, and Phillips in New York to bring you a range of works that shattered expectations. Notably, few were of the ultra-contemporary ilk; many more were by overlooked or established artists from the mid-20th century. Plus, for the first time, as the market begins to fall back down to earth, we’re also highlighting objects that failed to drum up interest. Both offer unique insight into the state of the industry. 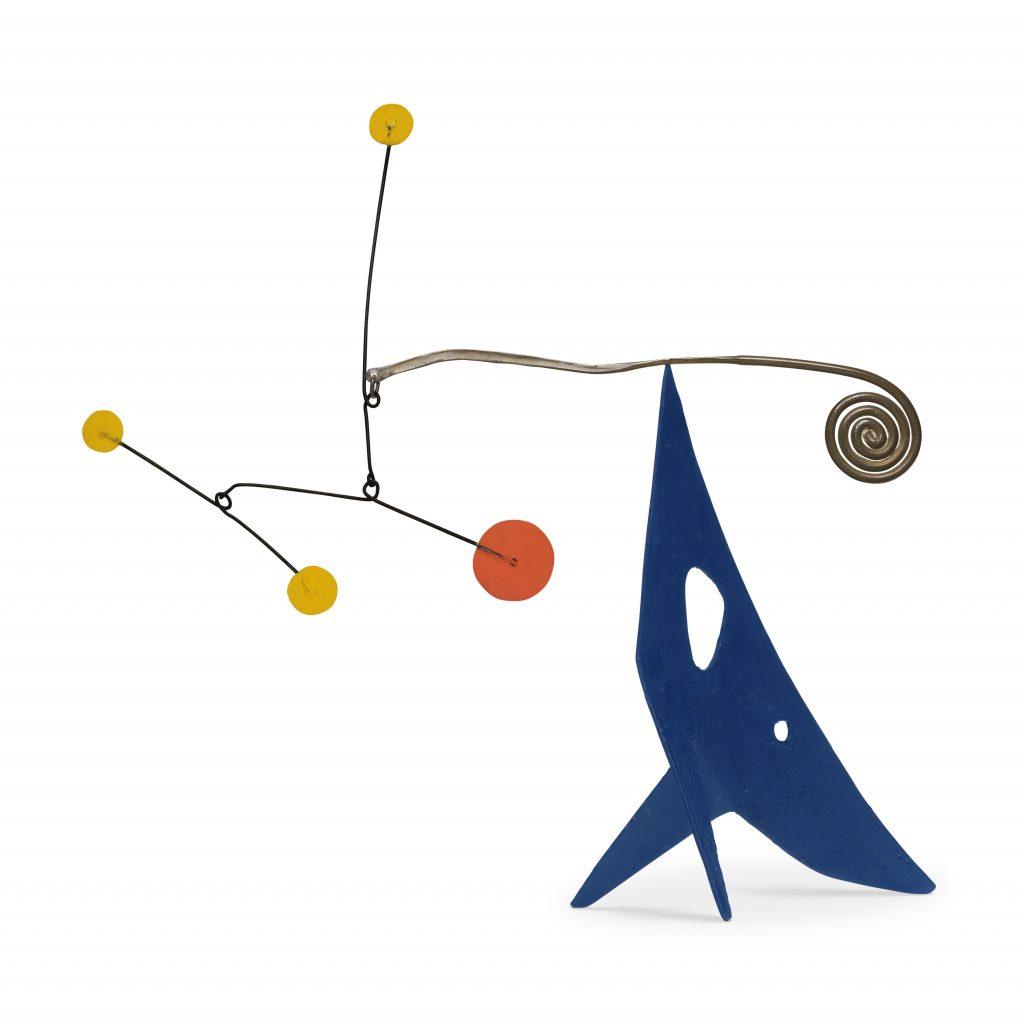 A 6-inch-tall standing mobile opened the second part of the Paul Allen auction at Christie’s on November 10. Unlike the night before, where half of the 60 lots fetched $20 million or more, the day auction was characterized by lower-value items including three items with no reserve. The tiny Calder was backed with a third-party guarantee, ensuring it would sell. Christie’s needn’t worry. The work took off in a flurry of bids at $200,000 and ended up hammering at $1.5 million, propelled by five stubborn competitors. Allen bought the work for $160,000 in November 2001, according to Artnet Price Database. 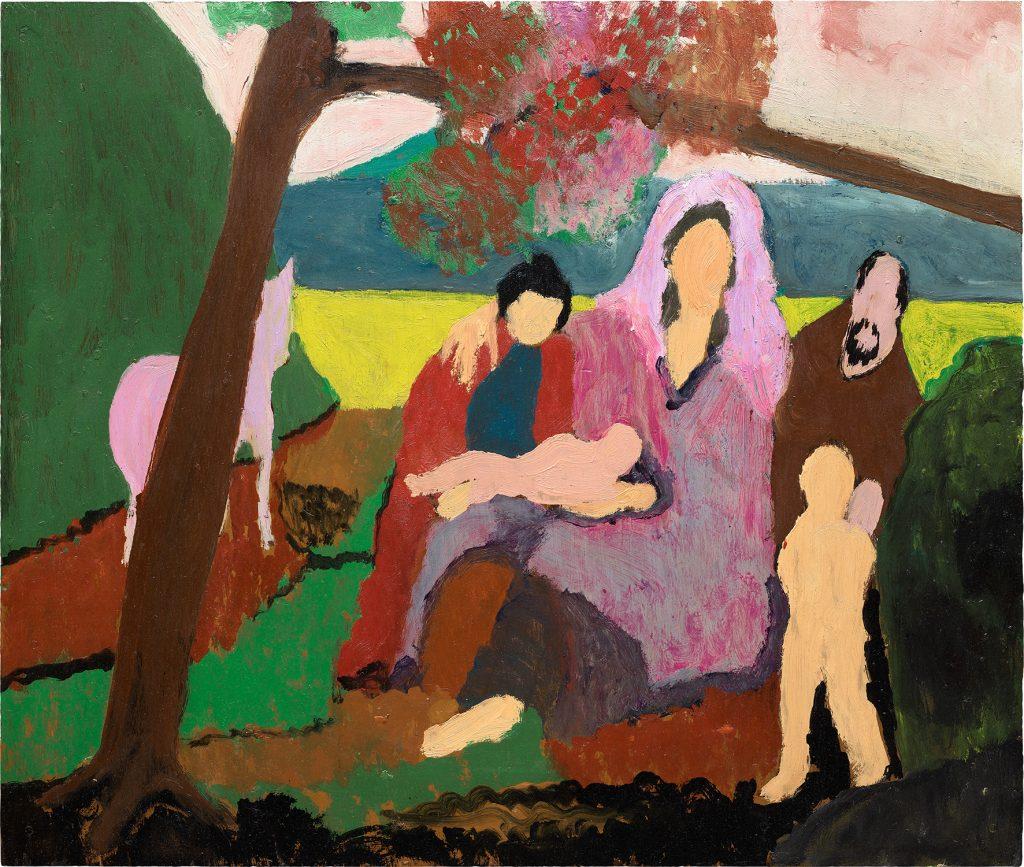 This is one of two paintings by Bob Thompson that came to auction this season and shattered expectations. The figurative painter died in 1966 at the age of 28, just as his career was taking off. He left behind around 1,000 works, produced during an eight-year period between 1958 to 1966. Some of his works are in the collections of the Smithsonian, the High Museum of Art in Atlanta, and the Hammer Museum in Los Angeles.

But the Kentucky-born artist has recently seen a spike in interest at auction following a recent retrospective at the Colby College Museum of Art. Nine of his top 20 auction results have been set since 2020. And two paintings exceeded their high estimates four times over at both Sotheby’s and Phillips’ day sales. (At Sotheby’s, a painting from 1960 fetched $113,400.)

The Kentucky-born artist died from lung complications shortly after moving to Rome after a stint in New York City, where he was a regular in the jazz scene. The paintings he created during this time combine the spontaneous energy of jazz clubs he’d frequent with the Old Masters he revered, namely Francisco Goya, Piero della Francesca, and Nicolas Poussin, whose piece (1648) served as direct inspiration for. 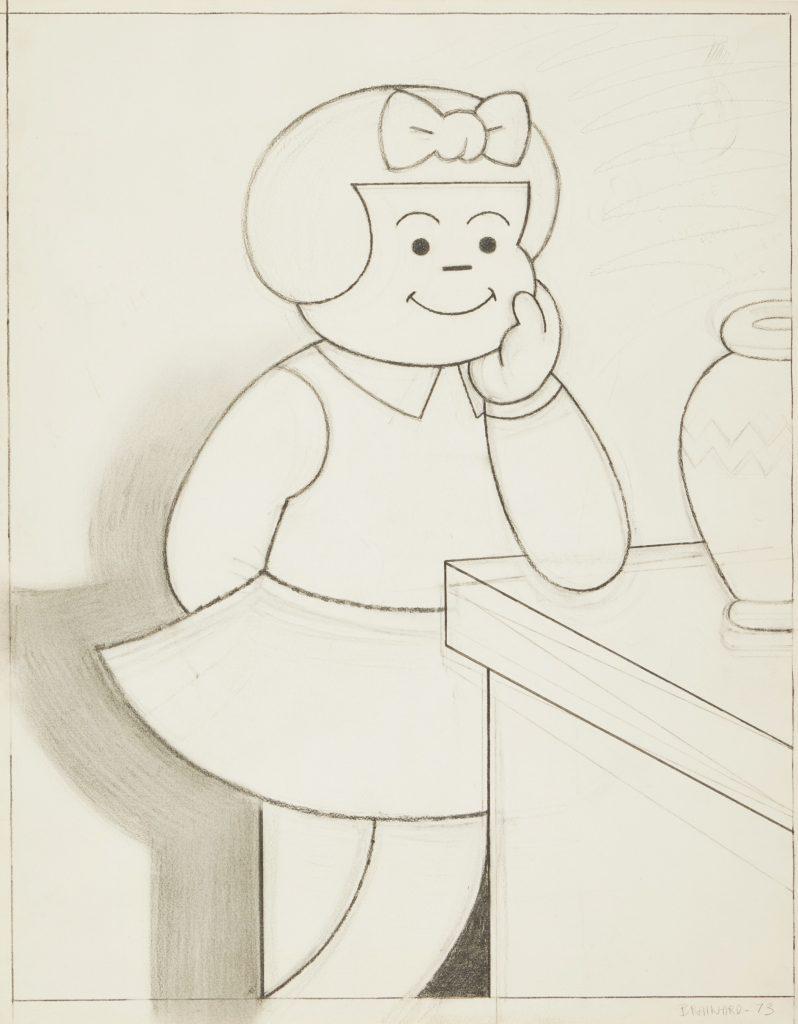 Seven bidders drove this simple, cute drawing to a staggering 31.5 times its high estimate, setting a new auction record for the artist in the process. As it turns out, prices for Brainard’s whimsical drawings have been consistently underestimated and have regularly exceeded expectations by tenfold in recent years.

“We don’t see his works appear on the secondary market all that often, so when they do, collectors around the world vie for them.” said Nicole Schloss, Sotheby’s head of contemporary art day sale, New York.

Brainard’s works from the 1960s to 1970s are particularly sought-after, Schloss said, and they come at a time when more young artists are exploring queer themes. A show of Brainard’s work is on view at Tibor de Nagy gallery in New York until December 3. 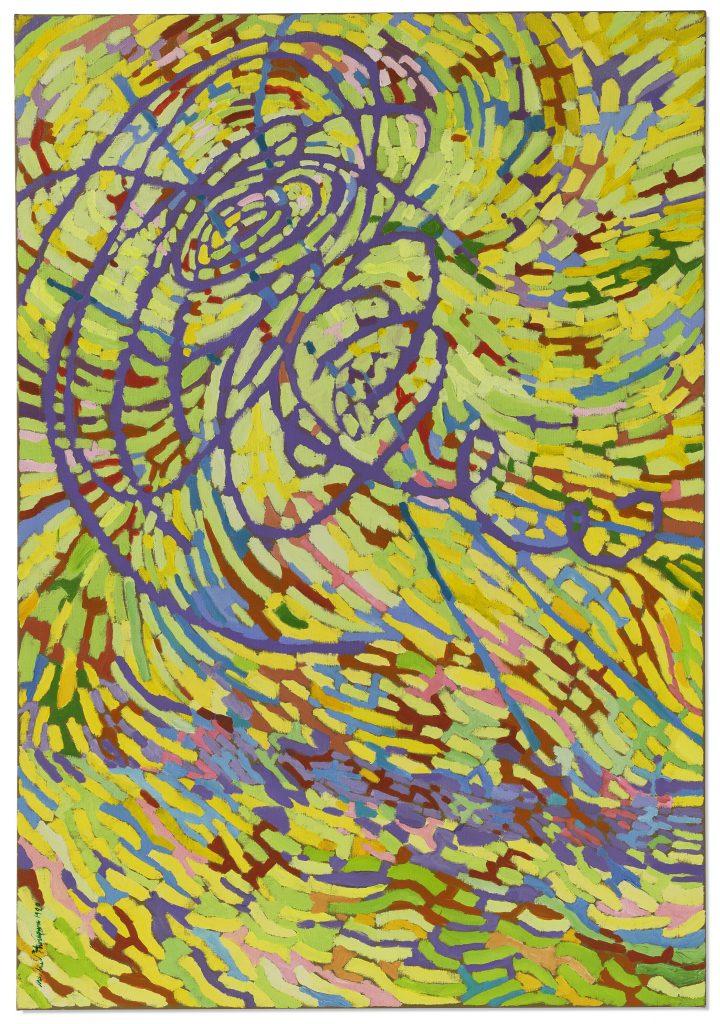 Many artists saw their previous auction records shattered by works in Paul Allen’s collection. But few had it happen in a manner as extreme as the late American artist Mildred Thompson. Her prior high water mark was $7,500, set at Swann Galleries in December 2020. Allen encountered her work at the Seattle Art Fair; without knowing anything about her, he was immediately drawn to the way she approached space and abstraction.

(1999) astonished the crowd at Christie’s when it sold for six times its high estimate. The painting is emblematic of Thompson’s interest in string theory, the cosmos, and metaphysics (subjects that interested Allen as well). She is perhaps best known for the “Magnetic Fields” series she created in 1990. comes a few years later, but the energy humming in the piece is in direct communication with the works that put Thompson on the map. Her estate is now represented by Galerie Lelong. 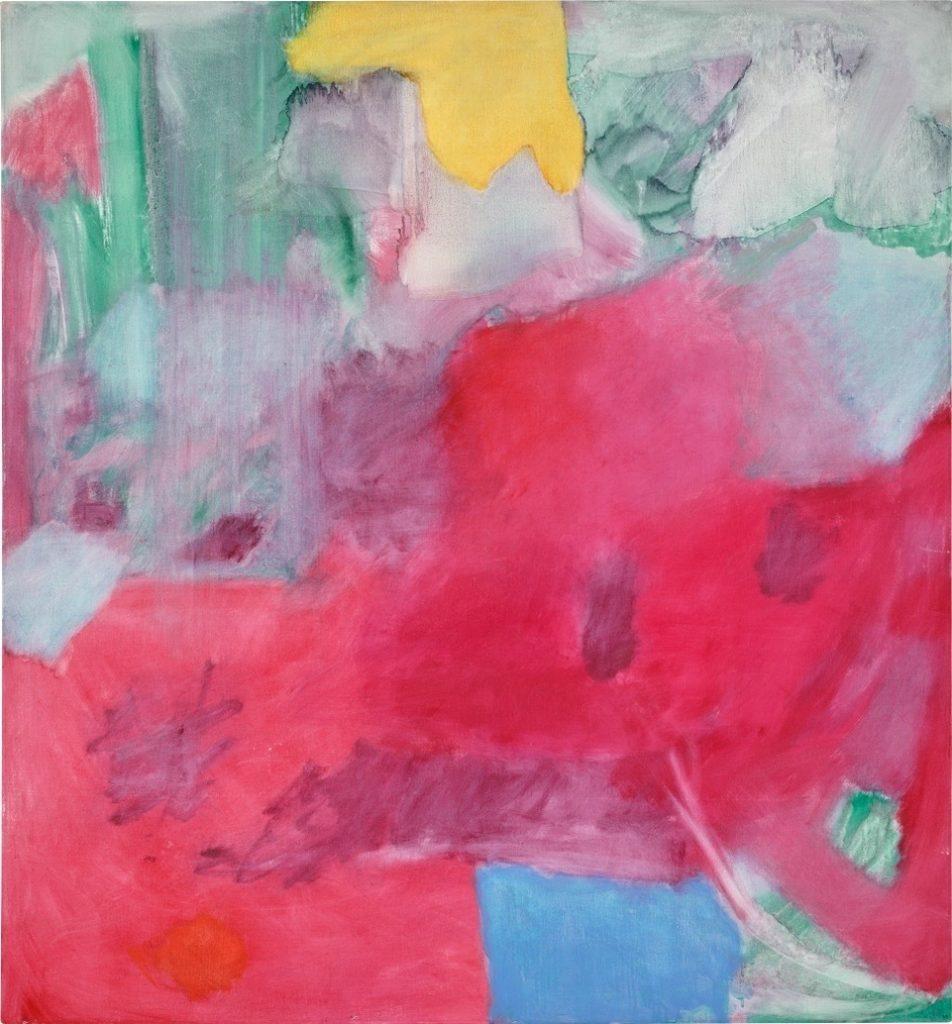 Emily Mason, Like Frost Upon a Glass (1985). Photo courtesy of Phillips.

The price for this ebullient and sensual abstract painting represents a new auction record for Mason, a long overlooked painter. Mason comes from the enviable artistic lineage: from American Revolutionary War painter John Trumbull to her mother, the abstract painter Alice Trumbull Mason. In 1957, Mason married fellow painter Wolf Kahn. The couple lived between Manhattan and Brattleboro, Vermont. She once compared painting to playing chess. “Pick it up, make a move, wait, let time go in between,” she told . “Then I know what to do.” 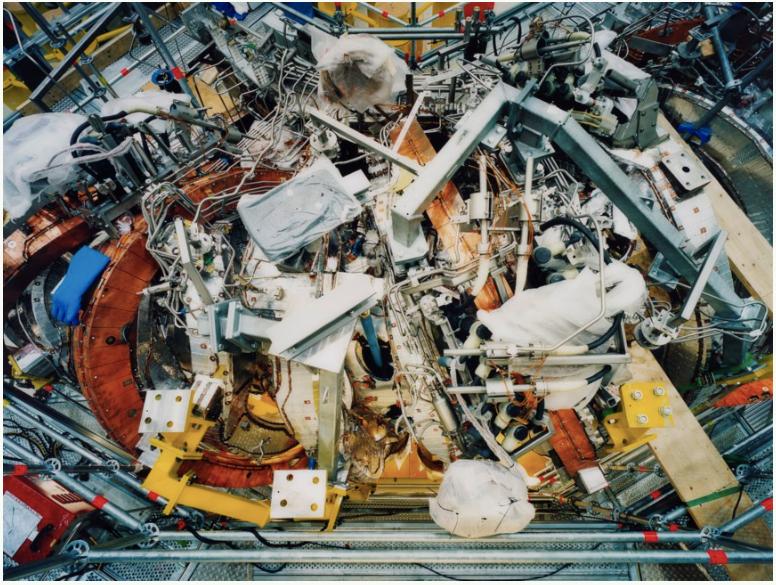 Paul Allen either timed things perfectly or lucked out tremendously by acquiring many bravura Modern and Impressionist works in the art-market dead zone of the mid-to-late 1990s. Neither foresight nor chance was on his side when it came to this large-format Thomas Struth.

It’s not this particular lot’s fault. Auction results for the Düsseldorf School of photography (headlined by Struth, Thomas Ruff, and Andreas Gursky) have plummeted since the early 2010s, largely due to overproduction and a change in fashion. From January 2011 through June 2020, for example, Struth’s annual auction sales dropped by 52 percent, according to the Artnet Price Database and Artnet Analytics. More recent results indicate that the trend lines have not reversed in the time since. 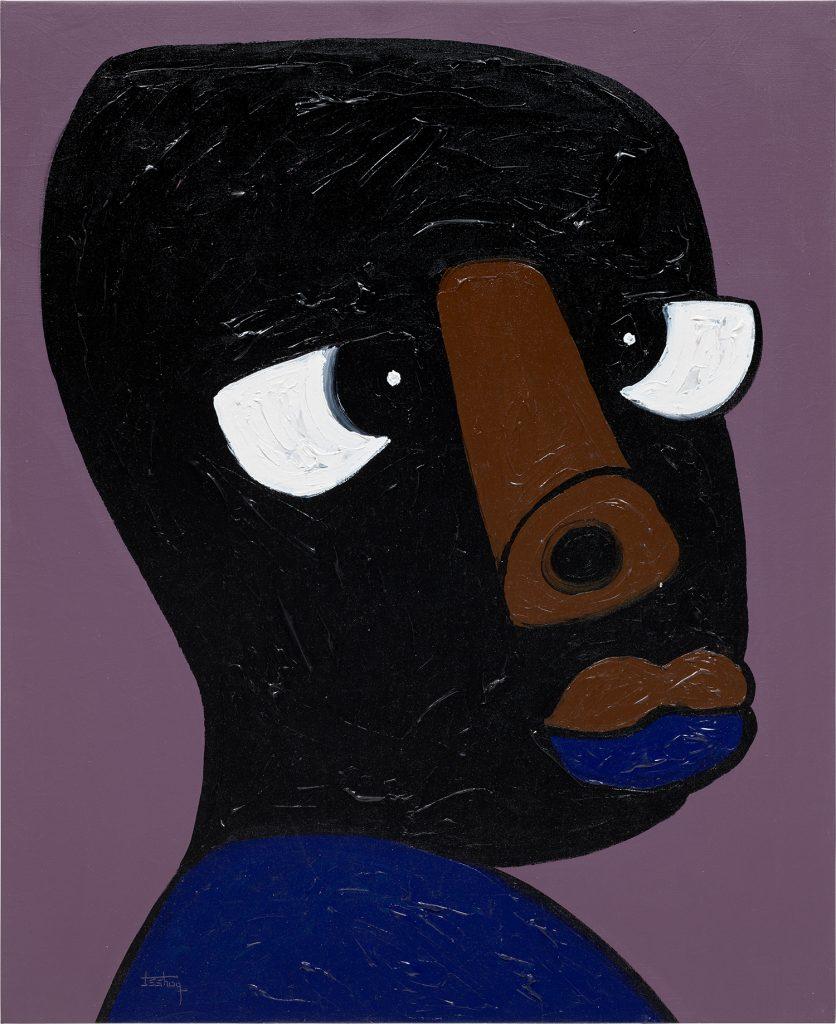 Isshaq Ismail burst onto the auction scene last fall when a brightly colored, blocky double portrait sold for almost $190,000—more than 10 times its estimate—at a Phillips day sale in London. Since then, his works have flooded the zone—and now, his market seems to be feeling the effects. In just over one year, a whopping 58 of his works hit the block. Of the 19 that have been offered since September, one was withdrawn, two were bought in, and none has exceeded a sale price of $60,000. (In an illustration of just how upside-down this speculative segment of the auction market has become, Ismail started out the gate with six-figure prices and fell to five figures in April.) This characteristic portrait is one of his most mediocre performances to date, hammering for well under the low estimate. 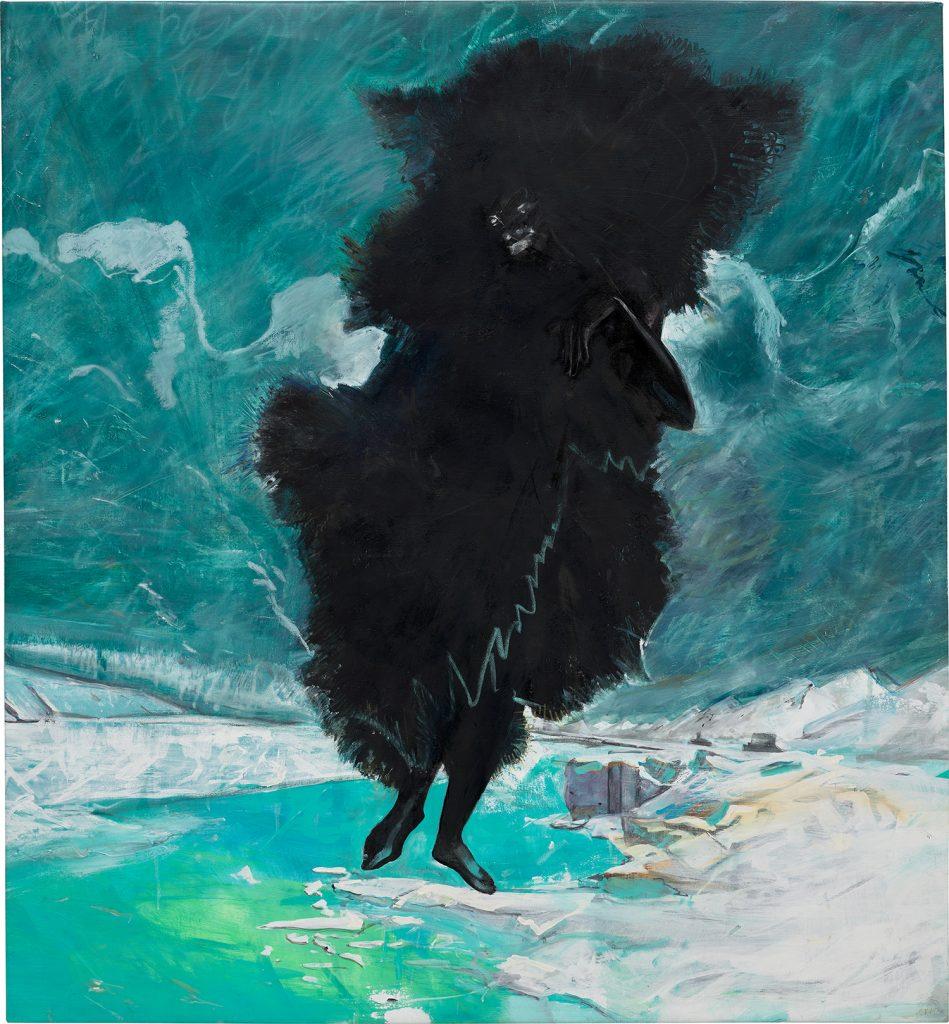 Cy Gavin has a C.V. any artist would kill for: sold out shows at Sargent’s Daughters in 2015 and 2016, a Rubell Foundation residency, inclusion in the 2022 Whitney Biennial. Last year, he had solo shows at the Aspen Art Museum and David Zwirner in London and saw his work set a record at auction, fetching $91,980 on a high estimate of $70,000. But flawless credentials don’t always translate into market success, even when there’s early momentum. Gavin has yet to find official representation since his former dealer, Gavin Brown’s enterprise, shuttered in 2020. That may have contributed to the lackluster performance of this work, which the seller purchased from the 2015 Sargent’s Daughters show. Considering Gavin was just starting out at the time, the consignor likely still made a pretty penny on the deal—just not as much as they might have hoped. 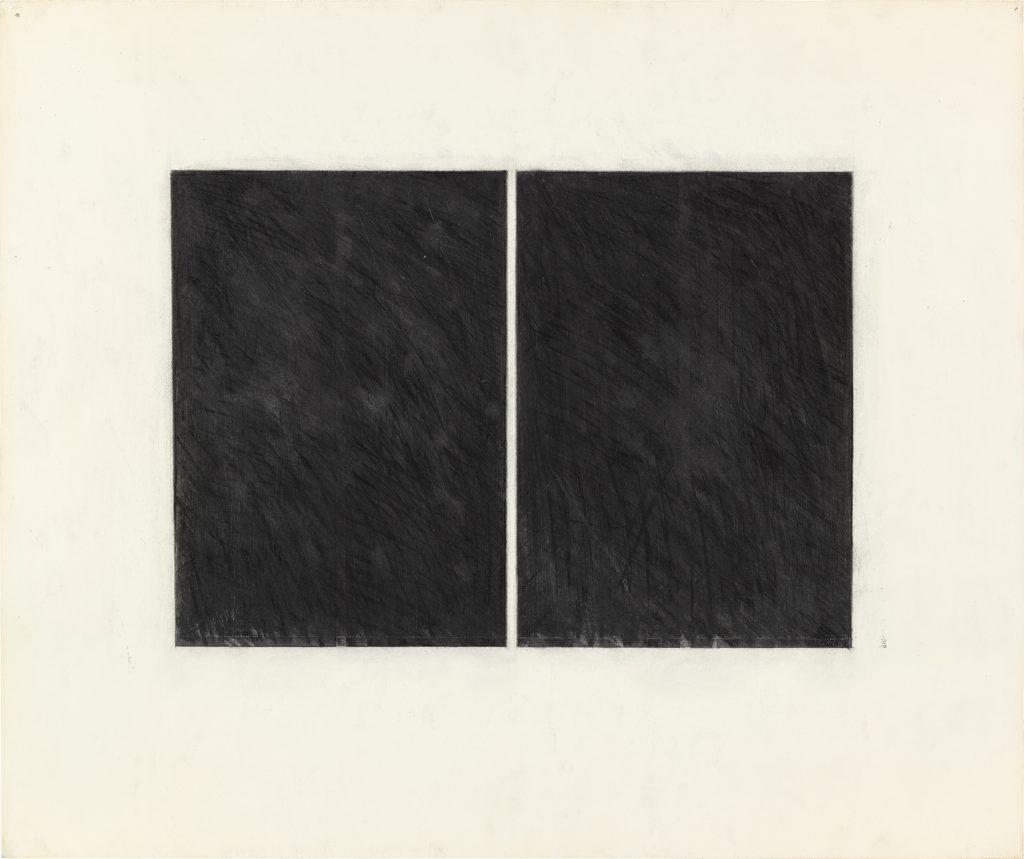 The market for Brice Marden should have been in good spirits going into the Phillips sale. The American artist’s 1996–99 oil on linen work from Paul Allen’s collection fetched $13.5 million, his third highest auction result to date. But all is not what it seems. This work on paper has been in private hands since it was acquired from the Bykert Gallery in New York in 1967. The final sale price didn’t even reach half of the low estimate. And the Allen result wasn’t exactly dynamite, either. The $13.5 million sale price (which includes fees) fell far short of the $15 million-to-$20 million presale estimate (which does not include fees).