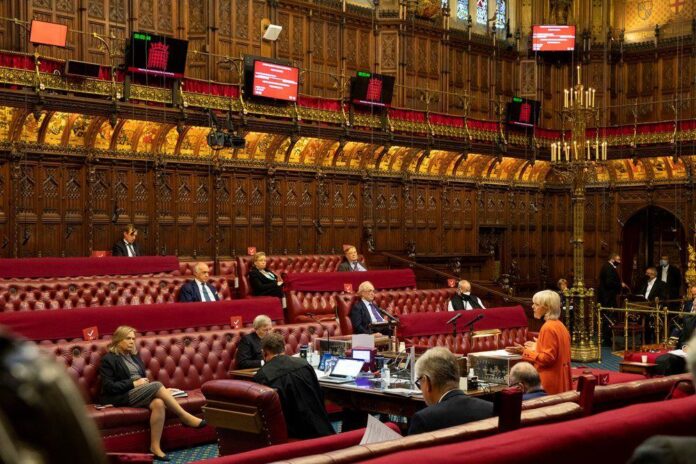 A new report published by the UK House of Lords today has slammed the government’s approach to the arts, describing it as “complacent” and at risk of “jeopardising the sector’s commercial potential”.

The communications committee report notes how the creative industries scarcely featured in the 2022 autumn statement and were not included in the government’s five priorities for growth. “This lack of focus risks affecting the UK’s future prosperity, especially at a time of rising international competition in the sector and domestic economic challenges,” the report says. Cultural polices, it adds, are “characterised by incoherence and barriers to success”.

The report makes the case for the creative sector as a lucrative income stream. It notes how the sector accounted for £115.9bn—almost 6% of the UK’s entire gross VAT—in 2019. “This was more than the aerospace, automotive and life sciences industries combined,” the report says.

Meanwhile, global exports of creative services rose from $487bn in 2010 to $1.1trn in 2020, while goods exports totalled $524m in 2020. The UK comes seventh in the top ten exporters of creative goods, after China, the US, Italy, Germany, Hong Kong and France.

International trade figures also suggest strong competition. Between 2019 and 2020, UK creative goods exports fell by 47%. The report says that this was largely attributable to the pandemic, though some other countries achieved growth in 2020 and, by 2021, many more had exceeded pre-pandemic levels. In 2020, the UK’s 5.3% share of global creative services exports placed it in the top five biggest exporters—but only just ahead of Japan (4.4%) and the Netherlands (4.3%), and significantly behind Germany’s 7% share. As the report states: “Several witnesses warned that the UK must work hard to maintain its position or risk falling behind in a competitive international marketplace.”

Improved tax relief support is one of the main recommendations in the report, which warns that government definitions of research and development when it comes to tax relief are “narrow and restrictive” and should be changed to include more creative businesses.

While Brexit is not specifically referred to in the report, members of the art trade have repeatedly made the case for the UK to adopt a zero rate import VAT in the aftermath of the UK’s exit from the European Union.

Paul Hewitt, the director of the Society for London Art Dealers welcomed the report, but says he would go further. As he puts it: “Complacency and incoherent policies are part of it, but the burden of regulation is coming through loud and clear from our members.

In the face of dwindling public funding, the report also notes the importance of “talent and innovation” flowing between the commercial and non-commercial art sectors. In 2018, Arts Council England (Ace) reported it had awarded £440m to organisations that subsequently generated around £3.4bin in VAT, corporation tax, income tax and national insurance contributions. Darren Henley, Ace’s chief executive, emphasised the importance of creating opportunities “where commercial money and public sector money can come together”.

Crucially, the report also highlights the bottom-line importance of artists to the ecosystem, with access to affordable workspaces one of the main issues raised in the Lords’s inquiry.

It notes how Creative Land Trusts—which use funding from donors, investors and grants to purchase freeholds or long leases of permanent, affordable workspaces—are a viable model. The first Creative Land Trust was founded in 2020 by the Mayor of London, Arts Council England, Bloomberg Philanthropies and Outset Contemporary Art Fund. That trust plans to secure 1,000 studio spaces by 2025, while other examples are now being replicated in Margate, Manchester and possibly Exeter.