Home News How Viral Meme-Maker @freeze_magazine, aka Artist Cem A, Won Over the Art... 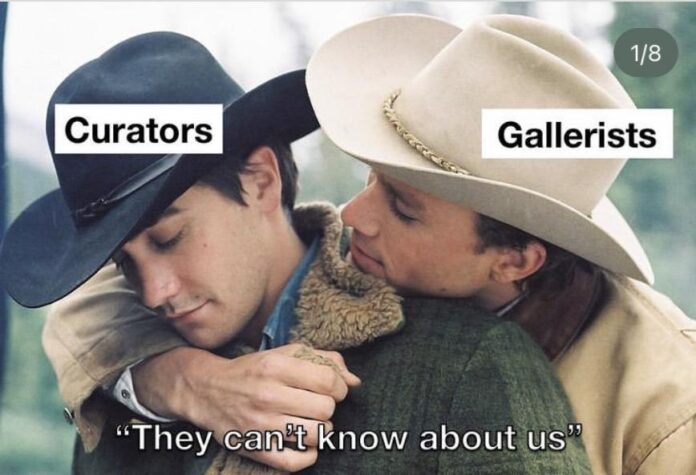 It’s not easy being a meme-maker. Creating social media–friendly satire of cultural foibles that still packs a punch takes a deep understanding of your subject, and it can be hard to stand out from the pack.

Even in the relatively niche field of art world parody there is some competition from other creators like Brad Troemel and Jerry Gogosian. (And who can forget the brief—but fantastic—career of Hennessy Youngman?) One artist-run Instagram account, @freeze_magazine, has quickly become the art world’s favorite, however, amassing more than 130,000 followers and gaining recognition from major institutions, including the Barbican Centre in London and Documenta 15 in Kassel.

Since founding @freeze_magazine in 2019 as a semi-anonymous profile on Instagram, the artist behind it, Cem A., has become a reliable source for poignant criticism of the art world’s many, many, hypocrisies. His work has been featured by Artnet News, the , the and Over the past few years, @freeze_magazine has dared to go where few others have, from exposing German gallerist Johan Konig’s alleged sexual assaults, to unraveling museum’s uneasy relationship between public and private funding. 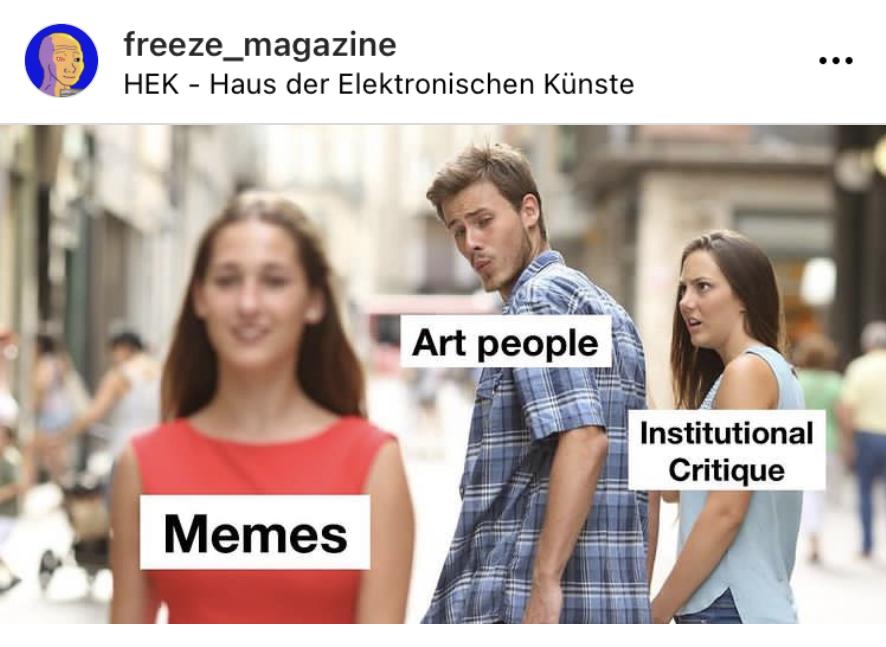 And in doing so, Cem A has garnered the respect of the museum and gallery system he so often targets.The artist was selected to participate in Documenta 15 as both an artist and curatorial assistant, and earlier this year, @freeze_magazine got its first U.K. show at the Barbican.

This week, a new exhibition opens in Istanbul at the commercial gallery Versus Art Project, running from September 15 and October 23. Entitled “Pleased to announce…” the show looks at the dark art of press releases, with @freeze_magazine inviting collaborators to construct texts that parody the often obtuse level of discourse that permeates the art world.

“I invited friends working in the field basically to act as themselves. I couldn’t really imagine what their responding texts would look like,” Cem A recently told Artnet News over Zoom. “Some people wrote texts from scratch, some copy-pasted from real exhibition texts or used text generators. The resulting texts range from academically sounding to total nonsense.”

The exhibition presents these texts and related memes in a white cube space designed to function as a kind of proto–reading room, the artist said. This collaborative approach is a hallmark of @freeze_magazine, and its exhibitions are like research and meme-making labs.

At the Barbican in London, for example, @freeze_magazine took over the digital displays throughout the entire building, inserting messages like a Gen-Z version of Lawrence Weiner. One, for example, made the ironically trite observation: “Maybe the real art is the friends we made along the way.” 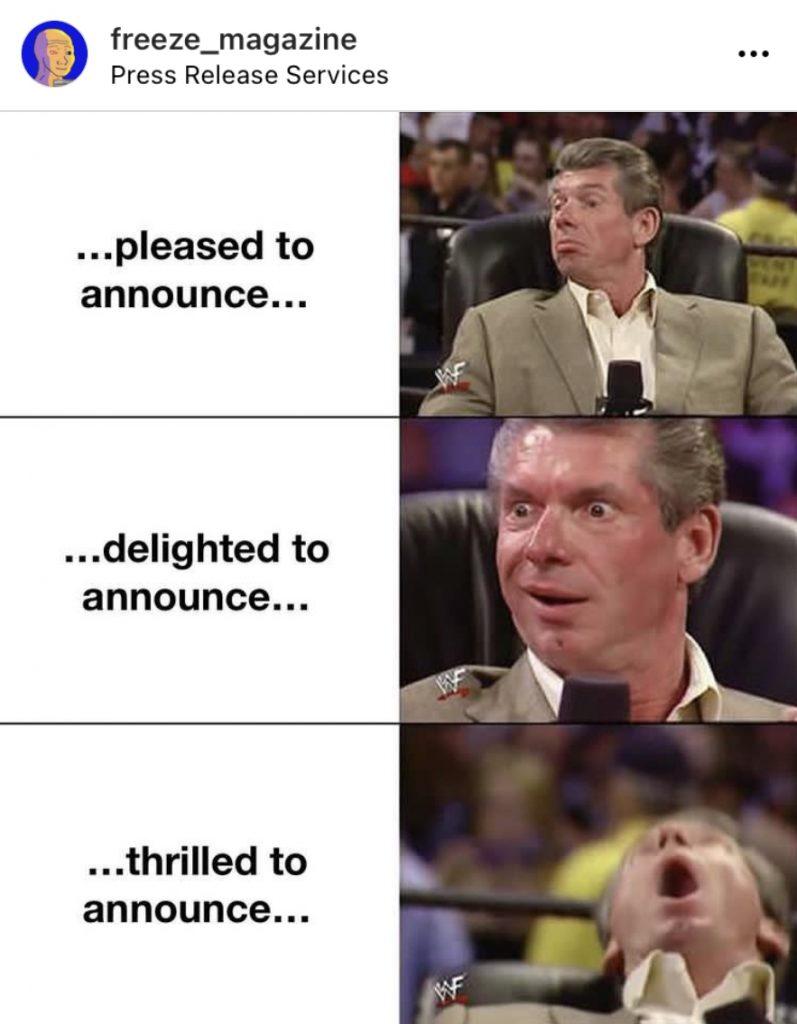 A meme by @freeze_magazine tied to the new Istanbul show.

Cem A’s work for Documenta 15 meanwhile is inspired by the act of harvesting, which includes making memes and conducting research throughout the 100 days of the exhibition. His work is being collected and archived, along with memes and research by Safdar Ahmed, Nino Bulling, Keleketla! Library and Dan Perjovschi, by the Arts Collaboratory members.

So just what is it that makes today’s memes so different, so appealing? One key element seems to be the simplicity of the text-over-image format, which lends itself particularly well to the Instagram age, when viewers are speed-scrolling through their social media feeds. A meme can also be made in seconds—on the toilet, or on the bus—making it an ideal medium for timely and relevant criticism.

What’s clear via @freeze_magazine’s trajectory is that memes have become a bona fide genre in the art world. 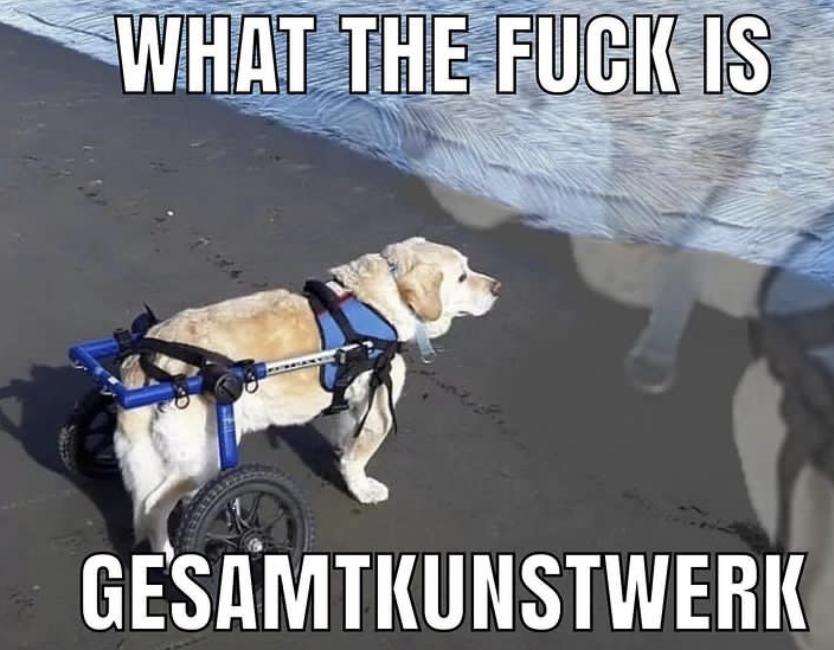 But can artists make money creating them? Well, yes, there are different models. Brad Troemel runs a Patreon page, as does fellow artist and Twitch streamer Joshua Citarella, and Instagram allows content creators to profit through brand sponsorships, paid posts and other forms of engagement. For @freeze_magazine, the model seems more calibrated towards working with public institutions and getting commissions for site-specific interventions.

The @freeze_magazine exhibition in Istanbul will be available for purchase as an installation, but according to the artist, it is less about the money and more about working with others creatively and collaboratively.

“My experiences working at Documenta encouraged me to form TKTKTK and work with collaborators,” Cem said. “The art world can be so competitive and bitter. The collaborative nature of memes has naturally extended into IRL projects.”