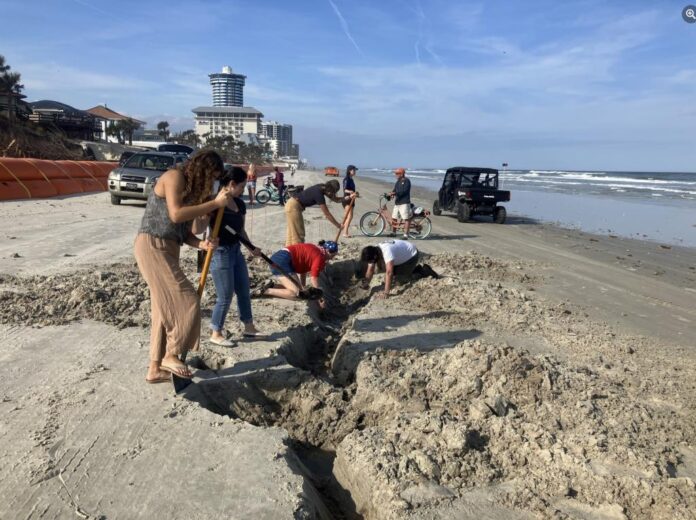 A contingent of Florida-based archaeologists have officially identified a mysterious, 100-foot long wooden structure recently exposed by hurricane-related beach erosion as the wreckage of a 19th-century cargo ship. Residents and social media users alike had posited possibilities from a dilapidated boat dock to extraterrestrials.

“Here in Florida, we often have storms that reveal cultural material either offshore or right on the beach,” secretary of state Cord Byrd said in a statement posted on the Facebook account of the St. Augustine Lighthouse Archaeological Maritime Program (LAMP), which led the effort. On Hutchinson Island, 160 miles south of Daytona, Hurricane Nicole also unearthed skeletal remains from six bodies believed to hail from a Native American burial ground, along with an empty steamer-style trunk washed ashore and other unnamed relics.

The looming wooden structure, however, immediately spurred speculation. Since the group’s discovery, remains have sank beyond and reemerged into view with rising and falling tides. Sand from waves over the last two weeks have re-covered parts of it.

Archaeologists hit the site Monday to assess the structure’s exposed remains, delicately digging a shallow trench around them by hand. LAMP director Chuck Meid identified the wreck based on elements of its construction, like iron bolts. On Facebook, he said the ship “would have likely sailed within sight of the coast and used lighthouses for navigation, though it was probably big enough to cross the Atlantic as well.” 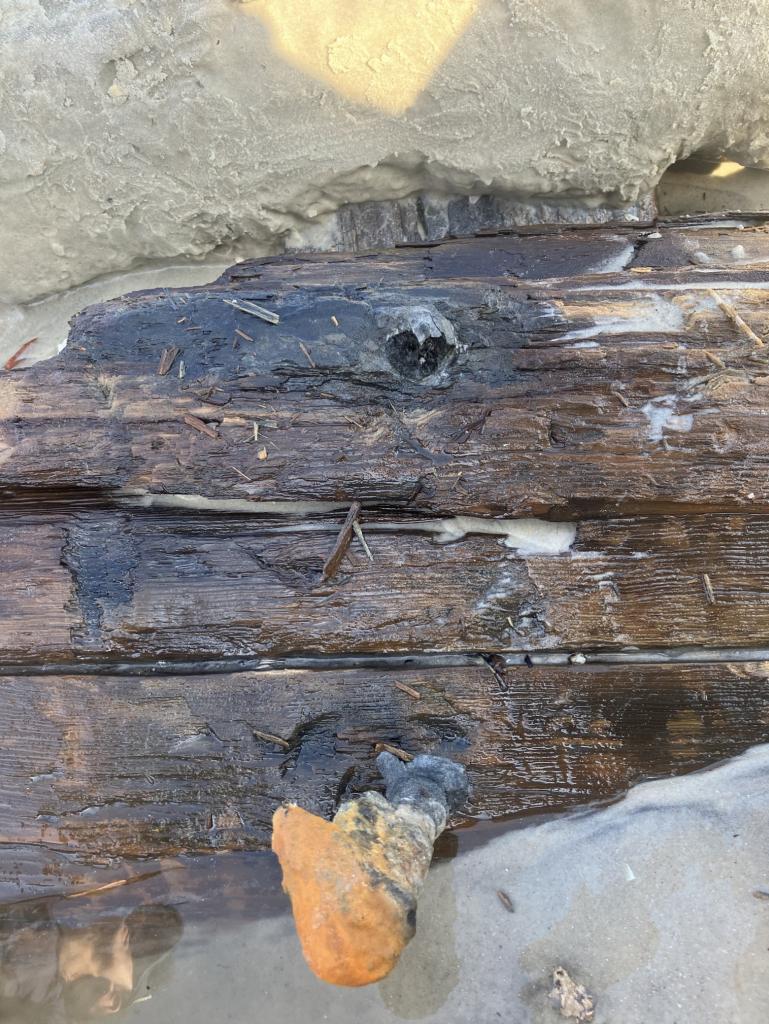 A section of the shipwreck uncovered by the storm.

“We are basically doing an assessment,” Meide told the . “We want to understand the cultural, historical parameters of it, how old it is, what country does it come from, what was its purpose.”

Meide has compared the recovered vessel with insurance records from its era and LAMP’s own database of known wrecks. “There is not too much for Daytona, but that doesn’t mean there weren’t ships wrecking here,” Meide told the local outlet. “We could see tool marks we might be able to identify, but the clock is ticking on a site like this.” They may even take samples to date with dendrochronology, and test where the ship’s wood hails from.

Eventually, ocean sediment will re-bury the ship. No one plans to extradite it from the shore—that would cost millions, and endanger the specimen more than saving it. What matters, Meide has said, is that archaeologists know the wreck’s there.

Germany 6 times increased its budget for the purchase of art