Home News ‘I Just Googled, ‘How Do You Repatriate Antiquities?’’: How One Man Hand-Restituted... 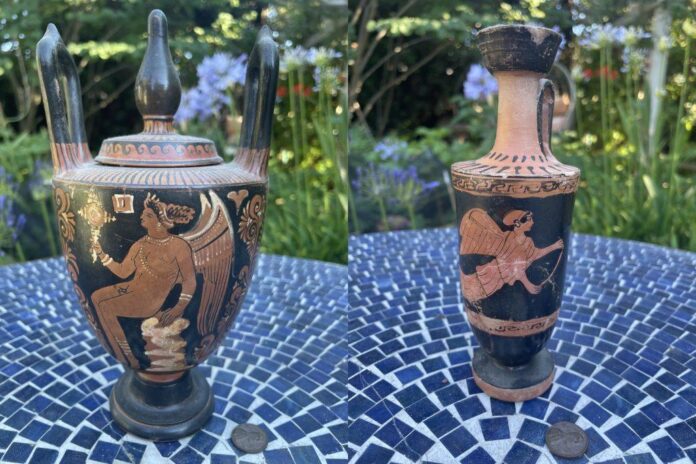 Restitution cases can involve months of political lobbying and intergovernmental negotiation. But sometimes, a guy simply shows up at a diplomat’s door with a box.

The latter scenario played out this fall as a Washington, D.C.-based man voluntarily returned 19 pieces of ancient art—including vases, plates, and stone-relief sculptures—to their countries of origin. To do so, he turned to the internet.

“One night I just Googled, ‘How do you repatriate antiquities?’” the man, named John Gomperts, told Artnet News over the phone. Within weeks, he had successfully returned the pieces to the embassies of Italy, Greece, Cyprus, and Pakistan—all of which happened to be located within blocks of his house.

Now Gomperts hopes his story inspires others to do the same thing—and provides a road map for how. 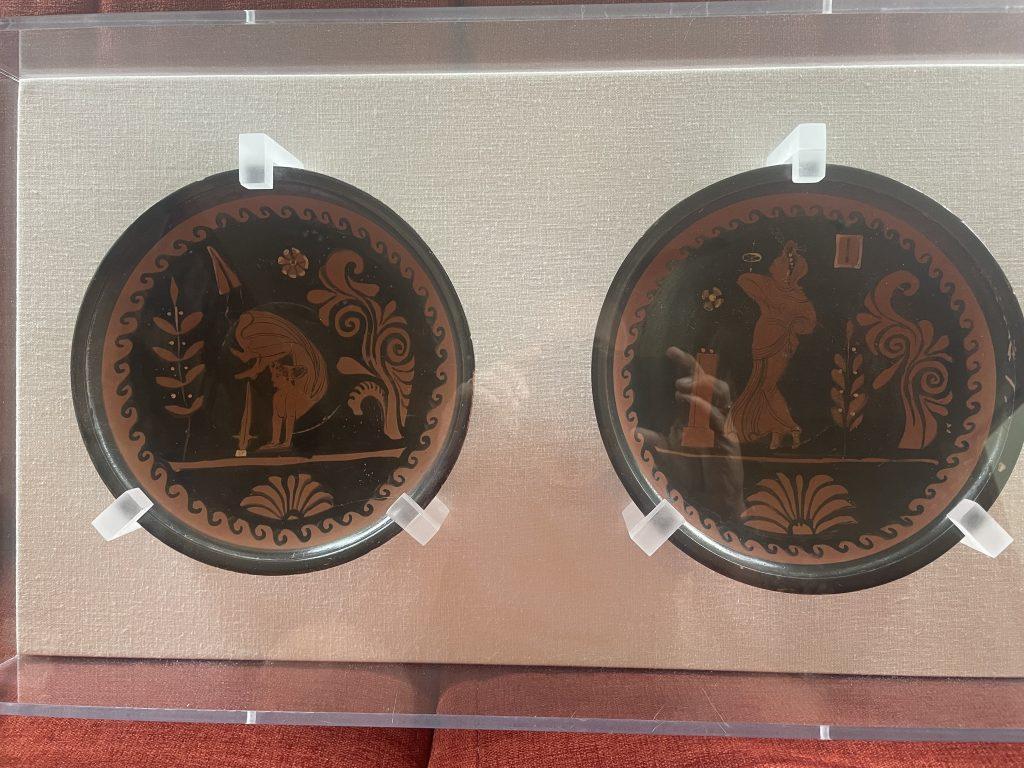 A pair of fourth-century B.C.E. ceramic plates from Italy. Courtesy of John Gomperts.

Gomperts, a semi-retired adviser to non-profit organizations, had no reason to suspect that the antiquities had been looted or otherwise unethically sourced. They had belonged to his grandmother, an accomplished German-Dutch archaeologist named Gisela Schneider-Herrmann, who had likely acquired them while working on digs in the Mediterranean sometime during the mid-20th century. (The rest of Schneider-Herrmann’s personal collection lives at the Rijksmuseum van Oudheden museum in the Netherlands.)

What Gomperts did have was a hunch, an inkling that these ancient objects didn’t belong on a dusty mantle or a university shelf—let alone in his mother’s garage, where they were stored.

Gomperts’s Googling yielded pages of articles about high-profile restitution cases—the Benin Bronzes, the Parthenon Marbles—but scant were examples of a “normal person” like him returning their own property. He didn’t know how to proceed. Going to the police didn’t strike him as a viable option as that would have “made it feel like the whole thing was somehow illicit, like I had stolen goods,” he said.

So he emailed Dr. Christos Tsirogiannis, a forensic archaeologist and antiquities trafficking networks expert whose name had popped up frequently in articles.

“It was late one night in August,” Gomperts recalled. “I emailed him straight out of the blue and just said, ‘Here’s my funny situation. What do you think I should do?’” A response was waiting in his inbox the next morning.

“This is exactly what Christos does,” Gomperts said. “He was happy to help because he thought it was a good example of responsible behavior.” 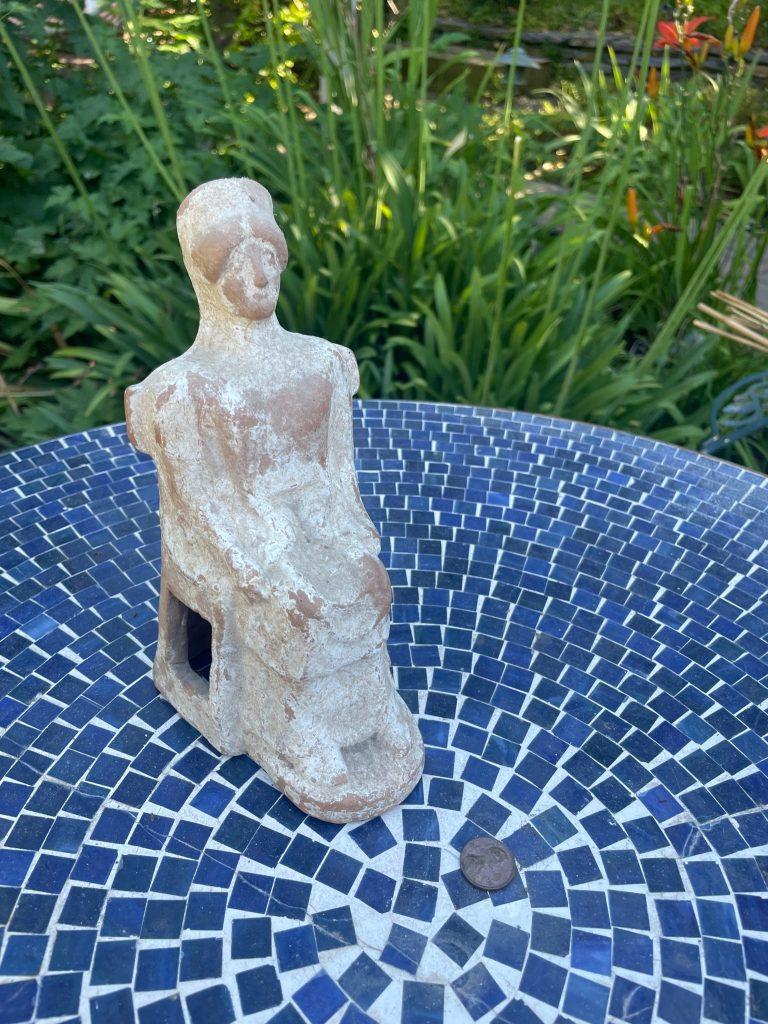 A stone sculpture carved in the second or third century B.C.E. Courtesy of John Gomperts.

Tsirogiannis, who is the head of illicit antiquities trafficking research for the Unesco Chair on Threats to Cultural Heritage at Ionian University in Corfu, quickly identified the artifacts, including a pair of fourth-century B.C.E. ceramic plates from southern Italy, and an ancient Greek vase from the same era. In total, 12 objects came from Greece, four were made in Italy, two hailed from Cyprus, and one originated in Pakistan.

After examining them, “it became obvious that the objects were basically unprovenanced,” Tsirogiannis explained. What little documentation did exist connected some of the pieces to “known shady Greek dealers” who operated between the 1940s and ’70s.

“After I…explained to Mr. Gomperts that he had unprovenanced antiquities from four different ancient civilizations and the best thing to do was to repatriate them, he immediately agreed,” the expert said.

Tsirogiannis instructed Gomperts to carefully pack up the relics and hand-deliver them to those countries’ diplomatic missions. Fortunately, it wasn’t much of a trek: Gomperts lives next to DC’s Embassy Row; Cyprus’s office is a 30-second walk away, and he can see Greece’s from his bathroom window.

Gomperts claimed to have no real sense of the objects’ worth—and he didn’t try to figure it out. (“The objects are beautiful, but not particularly valuable or rare,” Tsirogiannis said.) Nevertheless, cashing in on the antiquities through auction or consignment was never on the table. Selling them, Gomperts said, “would have felt like ill-gotten gains.”

“It’s not like there was any great, noble purpose here,” he went on, noting that returning the objects was just the “logical” thing to do.

“Mr. Gomperts’s approach and decision are definitely an example to be followed,” Tsirogiannis concluded.