Home News In a Historic Exhibition, Patek Philippe Lifts the Veil on a Tradition... 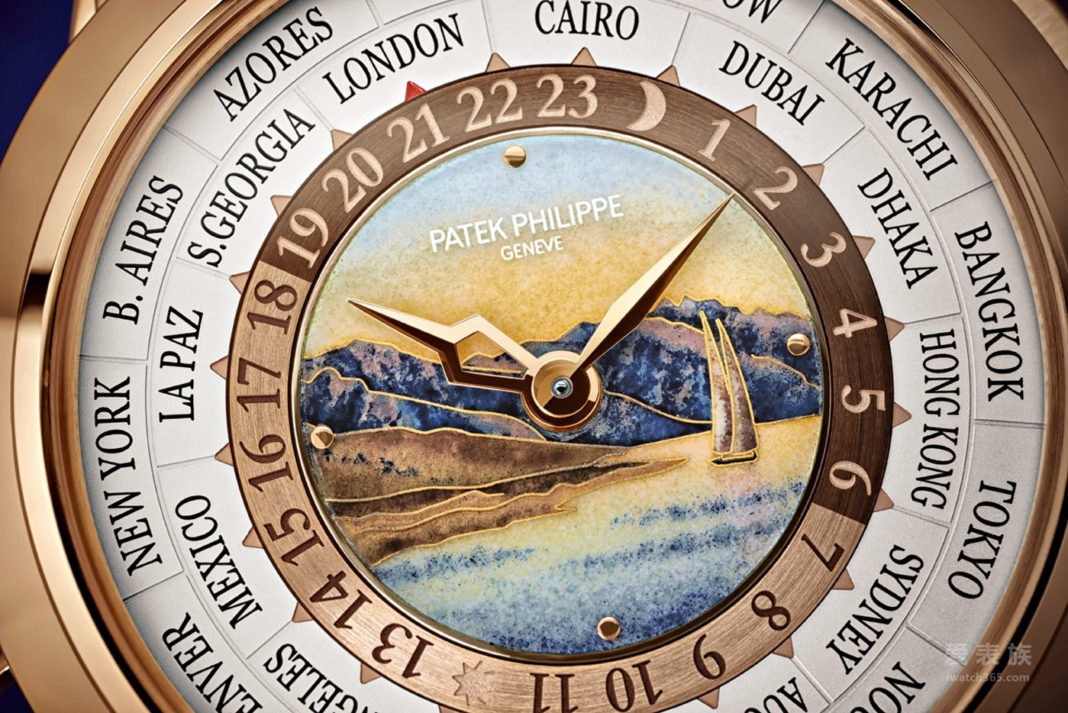 Part of the grand tradition of a historic family-owned watch brand like Patek Philippe, best known for the sophistication of its mechanical complications, is the rare mastery of ancestral techniques that its in-house artisans employ to hand-decorate its timepieces.

The pride the watchmakers draw from this accomplishment is infectious. Last Monday, Thierry Stern, the president of Patek Philippe, was clearly beaming as he received his guests at a cocktail party in Geneva to launch an exhibition of what the maison calls “rare handcraft timepieces” in the brand’s salons located on the Rue du Rhône.

“I have always dreamed of owning one of these handcraft timepieces, but sadly, like children who grow up and leave the nest, we must let them go when they are completed,” Stern said in his opening speech, drawing appreciative laughter from some 100 international journalists invited to the show’s preview.

The exhibition features Patek Philippe’s collection of handmade Métiers d’Art timepieces produced this year, which include domed desk clocks in a variety of cloisonné enameling and miniature painting techniques, wristwatches with wood marquetry or guilloché dials, and engraved pocket watches. This year’s collection counts 140 unique timepieces—the largest production by the maison in years—will be on display on the second floor of Patek Philippe’s historic building facing Lake Geneva in a show that will be open to the public and free of charge for three days this week, from April 19 to 21.

For the Love of the Craft

“You don’t produce such pieces for business reasons,” Stern said. “You must be passionate and appreciate the product, the craft, and the technique that goes inside.” Workshops that still practice the arts of enameling, guillochage, miniature painting, chainsmithery, engraving, and wood-marquetry are becoming increasingly uncommon due to the substantial time and resources they require. Patek Philippe, which has been producing exquisite marvels of horology since 1839, has been uniquely committed to preserving the artisanal skills that have been associated with watchmaking since the 16th century.

“My father continued producing these timepieces even when no one was buying them some years ago, because he did not want the crafts or the knowledge to be lost,” Stern said, referring to Philippe Stern, who founded the Patek Philippe Museum nearby, where a superb collection of watches and clocks has been on display since 2001.

“Today, thanks to his vision, Patek Philippe continues the tradition and is making sure the savoir-faire is shared with future generations,” Stern said of his father.

A Demonstration of Exceptional Knowhow

Between sipping champagne and nibbling on canapés, the guests present at the opening were invited to talk shop with specialist artisans, who were invited onsite with their workbenches to explain their specific techniques and produce live demonstrations.

Watching them employ their skills in person only made their achievements all the more impressive. The domed desk clocks, for instance, feature inspirations ranging from Persian and Indian miniatures to grisaille motifs as well as a variety of techniques, including grand feu cloisonné enameling, in which each panel must undergo eight to 10 firings at temperatures ranging from 880°C to 920°C to achieve their splendidly vibrant colors.

The Wisteria domed desk clock, moreover, required artisans to expend over 180 hours to apply the extremely rare and demanding technique of “relief enameling”—also known as fauré enamelwork—which originated in Limoges a century ago. This clock called for the application of 26 different opalescent enamel colors, some containing 24-carat gold powder, on a base sheet of silver leaf that brings a special sheen to the finished product.

“We are at the extreme edge of savoir-faire when it comes to enameling and miniature painting, but also in line with a long-standing Genevois enameling tradition,” said Sandrine Stern, the head of watch creation at Patek Philippe, who was also present at the preview. Some techniques used are purely native to Geneva, like the tradition of adding a fondant layer of transparent, uncolored enamel to protect the miniature painting, as seen on the piece titled Tavern in the Alps, a gold pocket watch depicting a bucolic Alpine setting.

Equally spectacular are the wristwatches decorated with wood marquetry, a decorative technique traditionally used on furniture, but that can also be applied to decorate the surface of a watch dial. The Swiss Alps motif of a gold Calatrava wristwatch, which depicts tethered climbers scaling a snow-capped mountain, was painstakingly and precisely decorated by a micro-marquetry maker with 262 wood parts made of 27 different types of wood, cut in tiny shapes from an original leaf-thin colored veneer, then assembled and applied to the dial.

Some of the timepieces were first unveiled by Patek Philippe last March at Baselworld, and many if not all of the pieces are already spoken for. The Geneva show will be the last time they are shown as a complete ensemble before each piece is delivered to a lucky buyer personally selected by Thierry Stern.

“The most difficult task for me is to decide who will be selected to purchase these pieces out of the thousands of requests we have received since Baselworld,” Stern told artnet News. “We aim to distribute these pieces around the world—not to million-dollar clients, but to collectors with a passion for exceptional timepieces and a love for Patek Philippe,” he explained. “For this, we do our research with our global retailers.”

As to whether he is more proud of the rare handcrafts or the high complications, Stern replied, “technically speaking, I cannot bring much input to our high complications, but with the handcraft pieces, I get much satisfaction from bringing a new idea or suggesting a finishing detail, always to improve our quality.”

‘Neighbors Walk By, Do a Double Take, and Smile’: What Happened When Top Artists Infiltrated Community Gardens Across Manhattan’s East Village