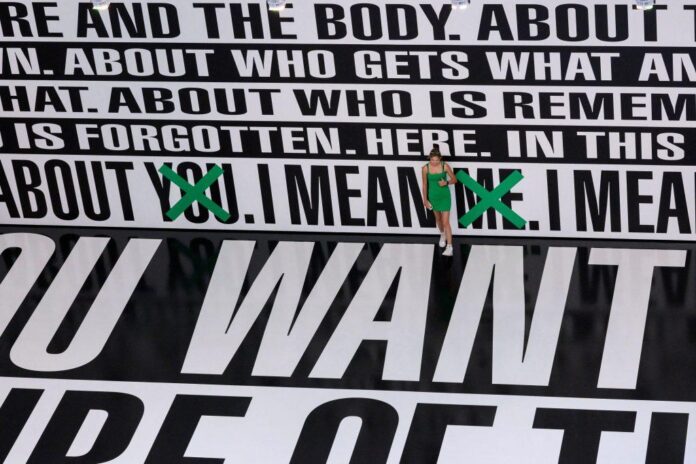 When we started the Burns Halperin Report in 2018, we had a clear goal: to use data to track whether the mainstream art world really was providing overdue recognition to Black American artists, as was the dominant media narrative at the time. If that were true—in the middle of the Trump presidency—then the art world represented some kind of utopian alternative to the rest of society. If it was not true, we figured, we should stop repeating it.

What we found was that a few high-profile exhibitions and auction results obscured a far more entrenched system of racism and sexism that was not changing anywhere near as quickly as the triumphant headlines suggested. In fact, it was barely changing at all.

Today, our report has grown into the largest database of its kind, housing three distinct but interconnected data sets. For the 2022 edition, we examined representation in U.S. museums and the art market for work by Black American artists, female-identifying artists, and Black American female-identifying artists, by tracing museum acquisitions (a total of almost 350,000 objects) and exhibitions (nearly 6,000), as well as auction results over more than a decade, and data from leading galleries on representation and sales.

This is the largest and most geographically representative group of museums we have ever surveyed. It includes 31 institutions, ranging from large institutions like the Metropolitan Museum of Art and the Art Institute of Chicago, to smaller university and regional spaces like the Nasher Museum of Art at Duke University in Durham, North Carolina, and the Phoenix Art Museum in Arizona. Their annual budgets range from less than $10 million to more than $100 million. 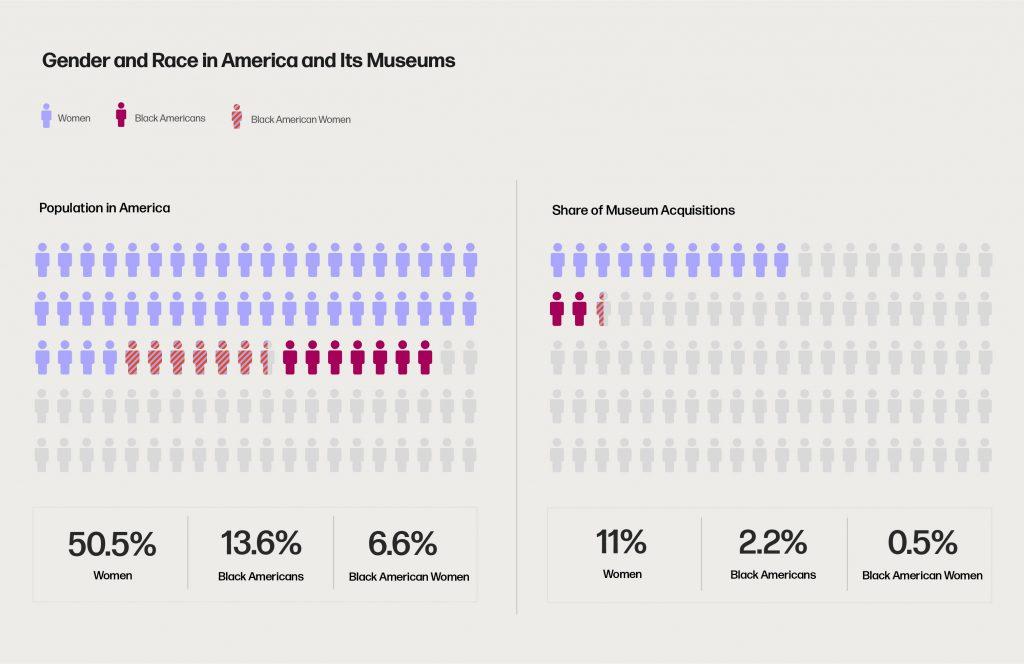 Graphic by Nehema Kariuki. Courtesy of the Burns Halperin Report 2022.

The report kicks off with our key findings. Between 2008 and 2020, just 11 percent of acquisitions at U.S. museums were of work by female-identifying artists and only 2.2 percent were by Black American artists. These totals are around a fifth of what they would be if museum collections actually represented the current population of the United States.

Where racism and sexism intersect, the situation is particularly extreme. Just 0.5 percent of acquisitions were of work by Black American women, even though they comprise 6.6 percent of the U.S. population, meaning they are underrepresented by a factor of 13.

These figures echo our findings in previous reports. But there are nine museums that are new to our data set, showing how broadly these trends hold, across the country and over time.

The art market is not much better, although it has shifted more profoundly in recent years. Art by women accounts for 3.3 percent of global auction sales between 2008 and mid-2022 ($6.2 billion of the total $187 billion spend), while art by Black American artists represents 1.9 percent ($3.6 billion), and Black American female artists comprises just 0.1 percent ($204.3 million). 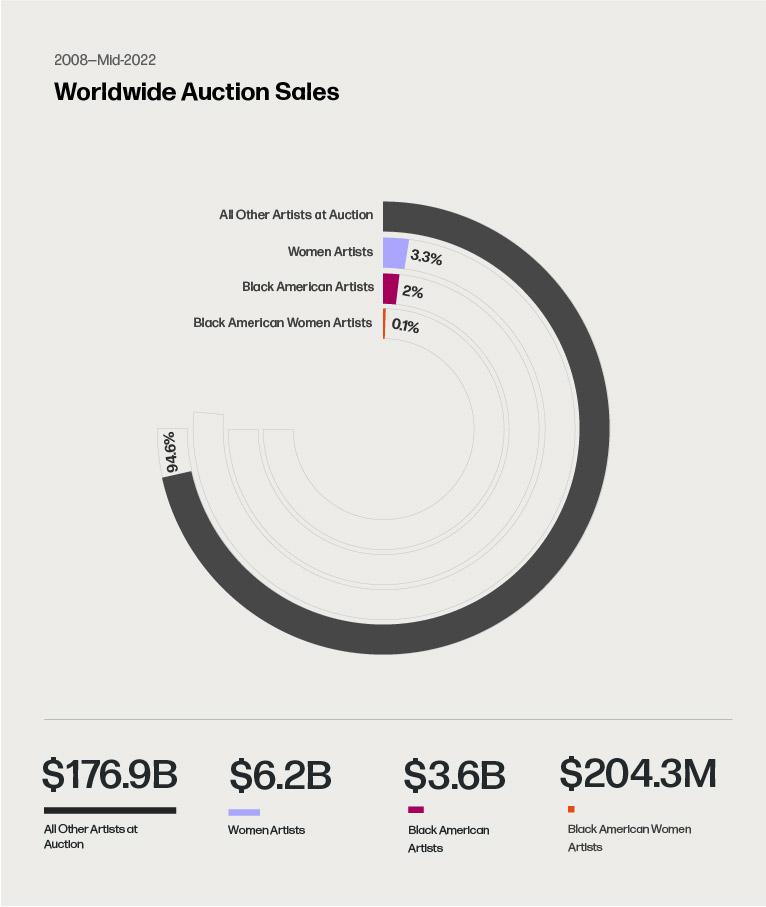 Graphic by Nehema Kariuki. Courtesy of the Burns Halperin Report 2022 and Artnet Analytics.

Even such scant progress can quickly be squandered. Black American artists, for example, saw their share of the market drop from four percent in 2021 to three percent by midway through 2022.

The data also reveals the (sometimes short-lived) impact of broader social movements. Although acquisitions of work by women peaked in 2009—13 years ago—the next two most consequential years came in the wake of the #MeToo movement in 2016 and 2017. 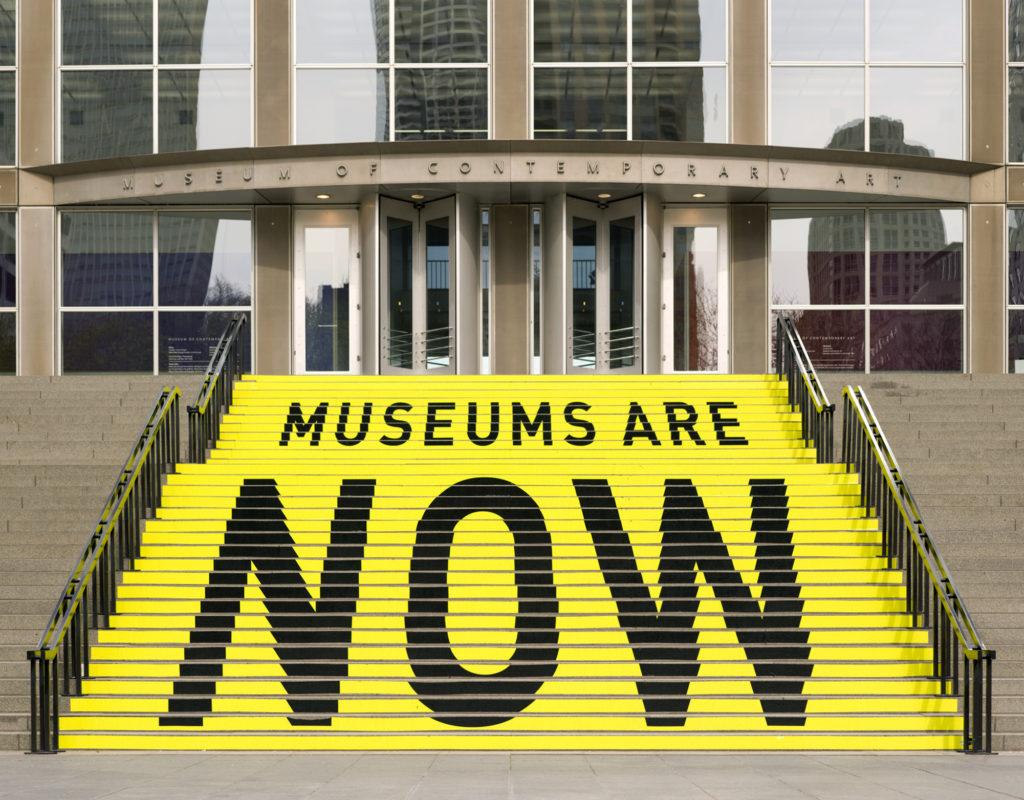 In the coming weeks, we will publish a variety of voices responding to and contextualizing the data, and adding their important expertise to our findings. You can expect a mix of opinion editorials and commissioned reporting, as well as responses from a range of artists—who are often among the least surprised by the dismal state of progress—about the figures.

What works and what doesn’t? Melissa Smith will provide a case study of the Museum of Contemporary Art, Chicago, one of the few institutions that has shown consistent dedication to diversifying its collection across all three data sets over an extended period. Zachary Small will delve into the stories of two museums—the Baltimore Museum of Art and the Pennsylvania Academy of the Fine Arts—which sold art by white men to fund the acquisition of work by women and artists of color. Was this strategy a success? You’ll find out.

Where do we go from here? You’ll hear from inspiring museum leaders. Naomi Beckwith, chief curator of the Solomon R. Guggenheim Museum, will explain why the challenge of building collections that truly reflect the U.S. population is akin to climate change: tackling it requires immediate action but will take generations.

The Dia Art Foundation has the highest total for acquisitions of work by female-identifying artists of all the museums in our data set. We asked director Jessica Morgan what she did to create change, how she brought her board on board, and what is next for the institution as it endeavors to expand the canon.

Some practical and insightful tips come courtesy of Mia Locks, the co-founder of the research and advocacy organization Museums Moving Forward, who details eight things museums can do right now to empower those who have been historically excluded, while artist Adrian Piper will explore how the media itself is implicated in this current state of affairs.

What role do philanthropists play? You’ll read an open letter, “Dear Billionaire,” by Nizan Shaked, a professor of museum studies at California State University, Long Beach, about what longtime museum supporters get wrong; Christine Kuan, president of Creative Capital, explores how philanthropy can dismantle rather than perpetuate entrenched power structures; and Brooke Minto, the director of the Black Trustee Alliance, writes about the power of peer pressure and external advocacy groups.

Meanwhile, writer and curator Terence Washington looks at the links between the art labor movement and institutional progress while Tim Schneider looks at what other industries get right (and wrong) in DEAI endeavors, and Ben Davis tackles the cyclical nature of progress—and its backlash.

What about the art market? Leading art advisor Allan Schwartzman of Schwartzman& explains what our data gets wrong about true value in art, while Katya Kazakina explores a deeply undervalued part of the market by asking the question: who is afraid of middle-aged women?

Those looking for other ways to explore the project can watch our short film on the data, which we will be releasing later this month, and check out commissioned data visuals from Nehema Kariuki.

We recognize that applying a concrete definition to something as mutable and complex as identity is a flawed exercise. You can read our methodology in full here. Our hope is that this data—as imperfect and incomplete as it is—can serve to challenge assumptions about how quickly progress is made, explore where progressive change is happening, and push museums to better reflect the world we live in. 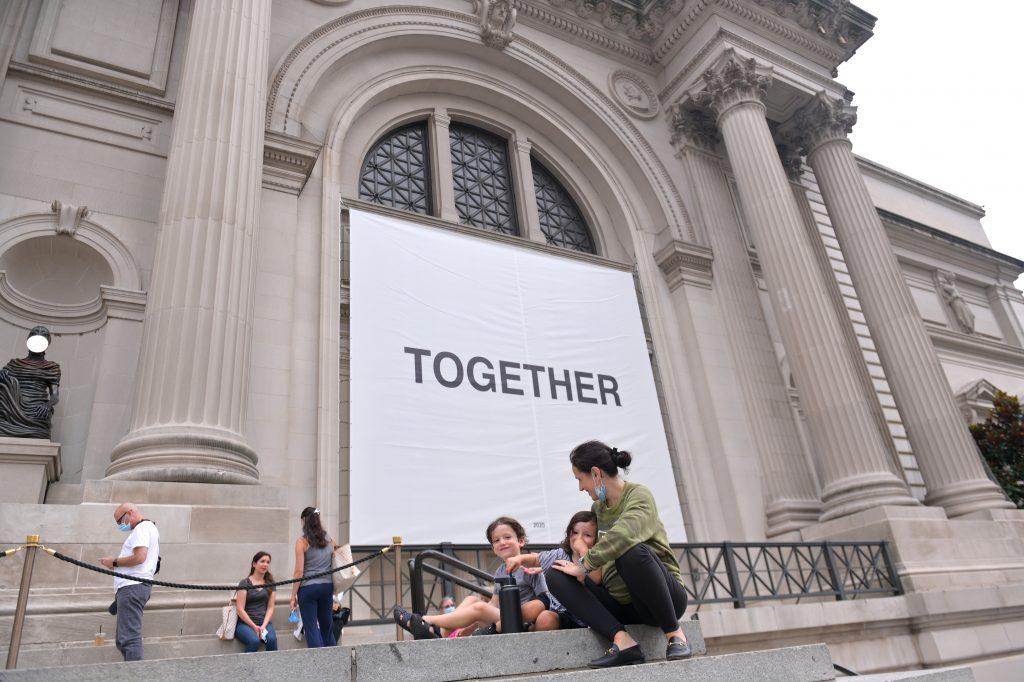 “Yoko Ono: DREAM TOGETHER” on the facade of the Metropolitan Museum of Art in New York City. . (Photo by Michael Loccisano/Getty Images)

This project relies deeply on collaboration. We would like to first thank the participating museums, who took on the considerable burden of pulling together and sharing their data.

We would like to give special thanks to our funding partner UBS, without whose support we could not have commissioned such ambitious editorial. For their additional financial support, we would also like to thank Sadie Coles HQ and Anthony Meier. Many thanks, also, to our contributors for their time and invaluable insights.

We are grateful to our partners, many of whom gave their time pro bono or at heavily discounted rates, recognizing the non-profit nature of the work. These include our technology partner Lobus; our market analysis and media partner, Artnet; our market data analyst, Mia Fernandez; our museum data analyst, Georgia Stylianides; and our data visuals creator Nehema Kariuki. Additional research came from Liam Sweeney and legal advice from Olsoff Cahill Cossu LLP. Hannah Nathans designed our logo.

We are indebted to our research collaborators SMU DataArts, Museums Moving Forward, and the Black Trustee Alliance. These organizations and the individuals running them have each enriched this project in innumerable ways.

Top Vermeer Paintings of All Time

Food for Thought: 7 High-Concept Artworks That Were Made to Be Eaten + One That Wasn’t (But Was Eaten Anyway)