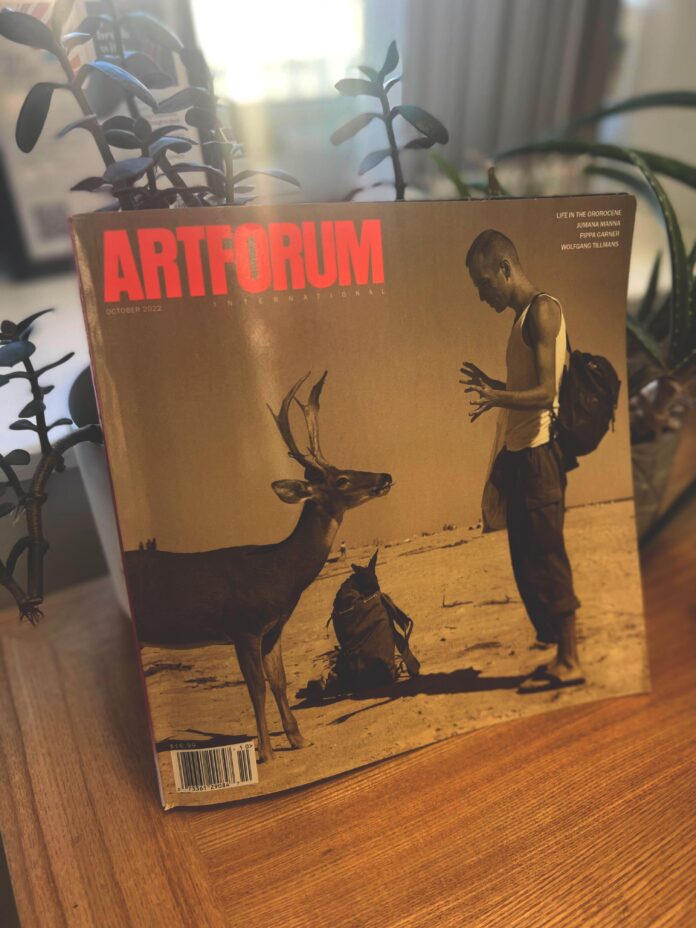 One of the art world’s most influential publications, Artforum, has been bought by the Penske Media Corporation (PMC), a conglomerate which owns a raft of titles such as Variety and Rolling Stone. The move means the contemporary art journal joins the same stable as ARTnews and Art in America, which were acquired by Penske in 2018 (in 2015 both publications were merged in a deal that made the newsprint magnate Peter Brant the majority shareholder).

“Artforum will remain editorially independent of other Penske Media brands, including existing titles ARTnews and Art in America. Terms of the transaction were not disclosed,” a statement from Penske says.

The magazine publisher Danielle McConnell and associate publisher Kate Koza will continue to lead Artforum operations, with editor-in-chief David Velasco helming editorial initiatives, the statement adds. Meanwhile Anthony Korner, who is listed as a publisher in the latest issue, takes on an “ambassadorial role”. “I’m confident that PMC is the right partner for Artforum as we deepen our commitment to our community and build new ways to communicate our mission across a variety of media,” Velasco says in a statement.

Artforum, which is published monthly, was launched in 1962. Velasco, who was appointed editor in chief in 2017, first joined artforum.com in 2005, becoming the site’s editor in 2008. He succeeded Michelle Kuo who resigned after a lawsuit was filed in New York Supreme Court accusing the former Artforum publisher Knight Landesman of sexual harassment. The lawsuit was dismissed in 2019; last year, the magazine settled the long running legal dispute linked to the accusations with former employee Amanda Schmitt.

According to the Financial Times, a Public Investment Fund set up by the Saudi Arabian government invested $200m in the Penske Media Group in 2018.

‘Unsung Heroes’: A Show of Remarkable Designs Recognizes the Contributions Made by 14 California Women Artists

Art Industry News: An Illustrator Had Her Work Co-Opted by the Alt-Right, Then by A.I. + Other Stories