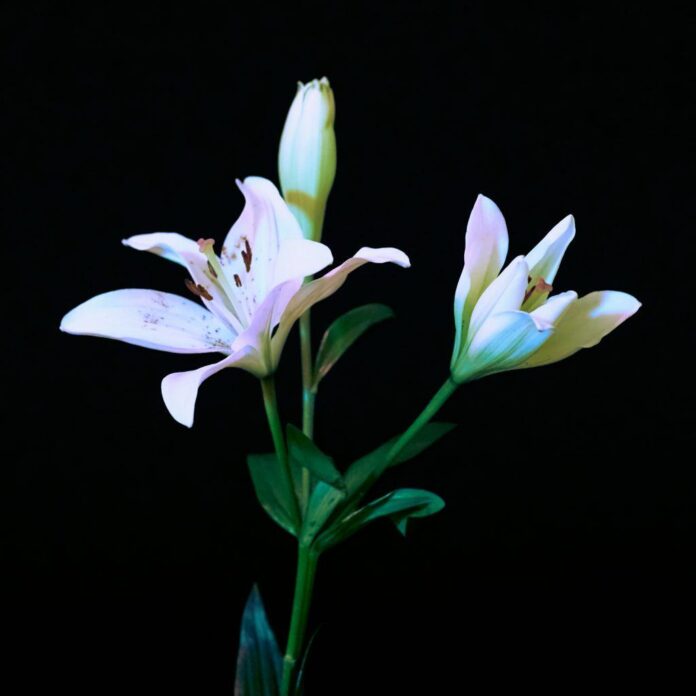 Bidding went live yesterday for the first time on Christie’s 3.0, the auction house’s new NFT platform that allows for sales to be conducted entirely on the blockchain.

To kick off the new initiative, the auction house partnered with 18-year-old artist Diana Sinclair, a rising young digital-art powerhouse who is selling nine NFTs, all minted just a week ago, on the platform through October 11.

Sinclair started making art as a preteen on the doodle app Draw Something before she began photographing psychedelic portraits in hues that evoke heat maps. In November 2021, Sinclair worked with Whitney Houston’s estate on an NFT that featured a never-before-seen video of the singer—and it sold for $1 million.

Last year, named Sinclair one of its 50 most influential figures in the NFT space, and this week she joined UTA and its growing list of digital artists.

We caught up with Sinclair to talk about how she got her start in digital art, what the Christie’s sale means to her, and her hopes for the NFT space in the future.

Diana Sinclair, . One frame from the 43 second clip.

Prior to experimenting with Draw Something, did you have any desire to become a professional artist? How did you get into photography?

In some sense I always knew I wanted to have a career in the arts. It wasn’t until my teens that I started actively pursuing different career routes to see what stuck with me. I was working with traditional mediums when the thought of a film career began to pique my interest, so I applied for a scholarship to join SVA’s summer intensive in 2019, and it was there that I was first introduced to a camera. From then on I had something of an obsession with photo and video work and transitioned nearly entirely into photographing.

What were your hopes and fears entering NFTs in the early days?

Being an entirely new market without an established culture, I had a lot of hopes for its transformation over time, but also worries that it would follow the traditional exclusionary routes of other markets. To me as an artist who grew up working in digital mediums, I was very excited to find a space where digital art was celebrated. In the beginning, the space was in such an early stage of development that experimentation was rewarded, especially as a young artist. That brought me so much joy to see artists of all levels coming together in that way.

Do you consider “The Digital Diaspora,” a show you curated at Superchief gallery last year, your big break, or was there another watershed moment?

I see big breaks as difficult to define because the more you expand, the bigger your audience gets, the higher levels you reach. Everything then feels like the next “big break,” because you keep leveling up and growing. “The Digital Diaspora” did expose me as an artist to a much wider audience than I ever had until then. It started as a project meant solely for the community that worked in the NFT and crypto space, but I think the message of the show resonated with artists and people that maybe had no interest in the digital art space but did have an interest in seeing the work of Black artists celebrated.

Was it daunting to work with Whitney Houston’s estate at just 17 years old?

A bit, but Whitney’s family was more than welcoming, and I felt encouraged to create work in my vision. As an artist, that’s the most freeing thing. I felt connected to Whitney’s career as someone who quickly rose to fame through her art at a young age, but still kept her values and artistic integrity throughout that journey. As someone who’s now experiencing that in an entirely different space and time, I still think there are many lessons to be learned from her.

How did this partnership with Christie’s come together, and why was it attractive to you?

After talking with Christie’s about a few different paths for collaboration, Lesley [Silverman] from UTA stepped in when we started working together and established a solid plan that would allow for us to create a monumental partnership. Christie’s making this first step as a global auction house is a huge message to the rest of the centuries-old art market that digital art and blockchain technology is a legitimate form of expression. As a young artist, and especially one who grew up seeing artists in my family being dismissed over discrimination, I feel so strongly about being part of a moment that indicates a greater shift in the arts. 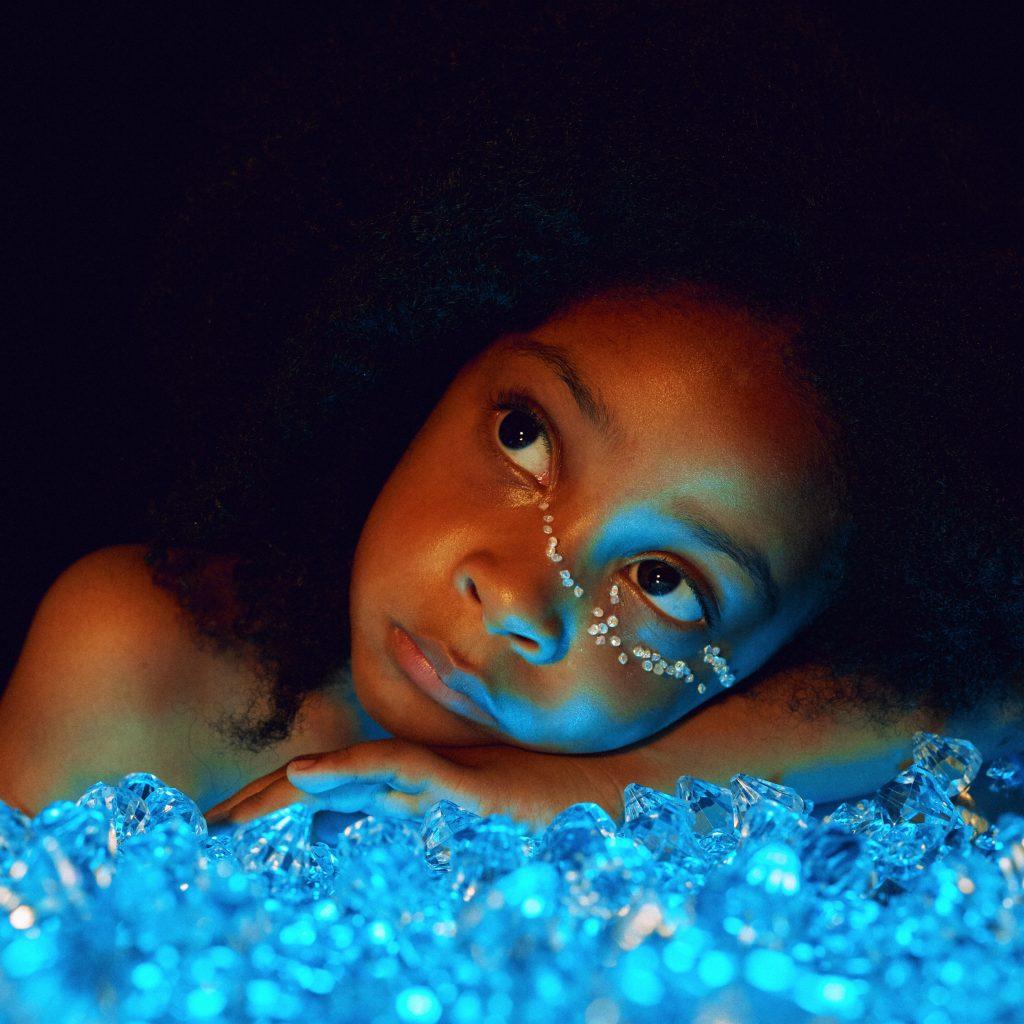 Tell me about this nine-part series for Christie’s. Are they straight photos, or do they feature animations or utility?

The nine-part series consists of four experimental video artworks and five photographs, which also are printed on 10-foot semi-transparent scrims. The four video artworks are dynamic and responsive to time. What’s beautiful about the blockchain and digital art is that we’re able to create art that can have a shifting existence. For this exhibition, which is highly focused on impermanence, there was no better way to create these works.

For example, the artwork titled “River Over Stone” is a representation of the way in which our memories degrade over time. By running the original artwork through OpenAI’s DALL-E, I created 51 new versions of the image. Weekly, the artwork will update on the blockchain displaying the next step in the series and over time you see how this first moment captured completely changes visually, in tone, and in meaning. It’s a visual to how truth in life is just perception.

What’s new to your practice in terms of subject matter and style in this series? Did the opportunity push or inspire you?

This project served as a huge step of growth for me. The opportunity itself I think was a definite cause for me to rise to the occasion of creating a series of work that spoke to the different conceptual levels possible with digital art. I spent a really long time before ever creating just sitting with my thoughts and unpacking what it was that I wanted to say. Then of course, the process was so experimental and difficult, but that forced me to put into practice that allowance for fluidity that I was communicating with the very art I was creating. Even now, as I let the work go into the public I’m reminding myself that the only thing I can control is myself and my perception. That the phase for it to be only something of mine is over, and it’s okay to let go of that and experience something new.

What impact do you hope this particular drop leaves on the blockchain and the art world?

This being the first on-chain auction held by a global auction house is in itself a representation of a paradigm shift happening in the art world and our way of consuming digital art. That’s also why I think that the themes [this NFT series] “Phases” looks at is so relevant to this shift in culture. We’re actively experiencing this historical moment which is incredibly special. I hope that the work acts as a conversation starter for the presence we hold during these moments, but also in our daily life. There’s so much changing, which can feel very scary, but if we’re able to release our attachments to permanent structures in life, I think our experience of those phases, which is so naturally human, will greatly improve.