Museums are always looking to expand their collections, but occasionally a new masterpiece is hiding in plain sight.

After examining Cezanne’s Still Life with Bread and Eggs (1865) more closely, Serena Urry, chief conservator of the Cincinnati Museum of Art (CMA), noticed a strange concentration of cracks in two areas of the canvas. Underneath, she thought she could make out some underlying white paint.

It turns out that what she has described as a “hunch” was correct. Further x-ray analysis revealed a hidden self-portrait of the French Post-Impressionist, painted while he was in his mid-20s.

“We went from having two Cezannes to three with this discovery,” Urry said. 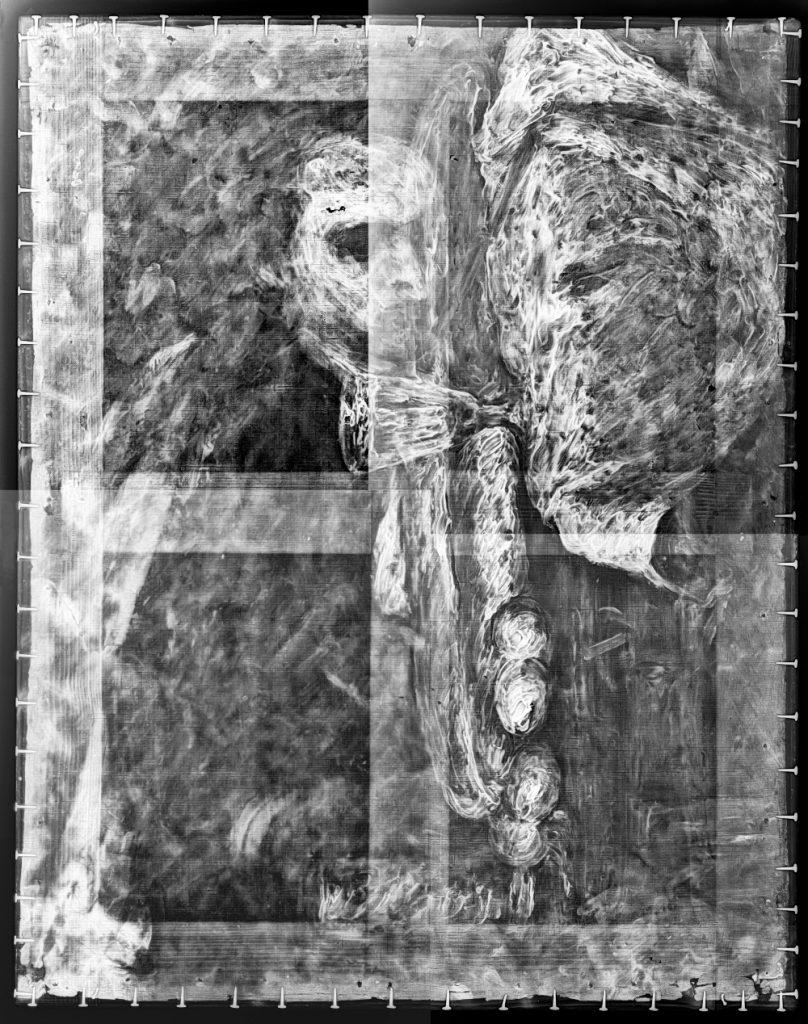 Digital x-ray mosaic of Still Life with Bread and Eggs, May 24, 2022. Image courtesy of Cincinnati Museum of Art.

The work was determined to be a self-portrait by the sitter’s orientation turning towards the viewer at an angle, whereas in Cezanne’s portraits of other people, the subject tends to appear facing head-on.

Painted during what is known as Cezanne’s “dark period,” the work is typical of his austere early style. Very few self-portraits from this period survive, and the museum believes this may be one of the artist’s first. He did not date most of his paintings, but because he dated the still life, scholars can be certain the self-portrait is from before 1865.

The CMA is sharing its findings with scholars and plans to work with a partner institution to continue investigating the new painting, with the hope of using more advanced scanning technologies to uncover which colors were used. This research will be summarized in a report and may become the basis for a special exhibition.

Artists often reuse canvases to save money or destroy unsatisfactory work. As x-ray technology becomes more sophisticated, many hidden masterpieces once lost to history have been rediscovered. Earlier this year, what is believed to be one of Van Gogh’s earliest self-portraits was discovered beneath Head of a Peasant Woman (1885) from the National Galleries of Scotland.