Home News What I Buy and Why: Collector Melissa Neumann on Finding Her Spirituality... 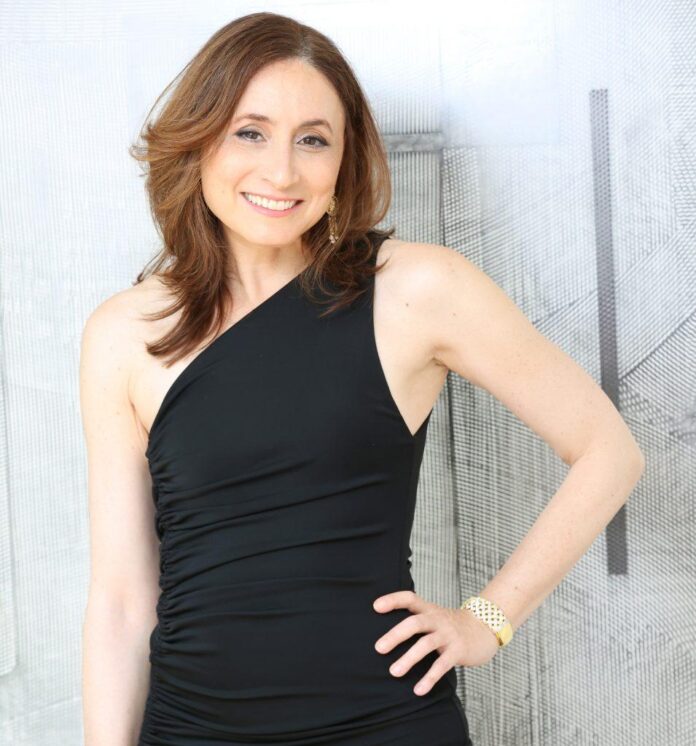 For Melissa Neumann, collecting is in her blood. Her grandfather Morton G. Neumann began buying art in the 1950s, traveling to Europe with her father, Hubert Neumann, and befriending artists including Pablo Picasso and Joan Miró.

After Morton’s death, in 1984, Hubert began shifting his focus to emerging artists such as Jeff Koons and Jean-Michel Basquiat—a passion that he passed on to Melissa.

Neumann, who works as a physician, said she dedicates about 25 percent of her time to collecting art, often from contemporary artists she gets to know personally. The family’s collection is largely held in storage, with a rotating selection on display at Neumann and her father’s Manhattan townhouses.

We spoke with Neumann about the art that inspires her and the benefits—and challenges—of being part of a collecting family.

I was dragged to art galleries and museums since I was in diapers and started collecting myself in my early 20s. The first work of art I purchased was an untitled work by Xavier Veilhan in 1995 for approximately $4,000, followed by Brandi and Brendt by Ashley Bickerton in 1996.

Thereafter, I was hooked. I was inspired by [collecting couple] the Vogels, who on a postman’s salary acquired a world-class group of works on paper. Out of college, I had a measly salary which grew to $75,000 a year and I was finally able to collect emerging artists. 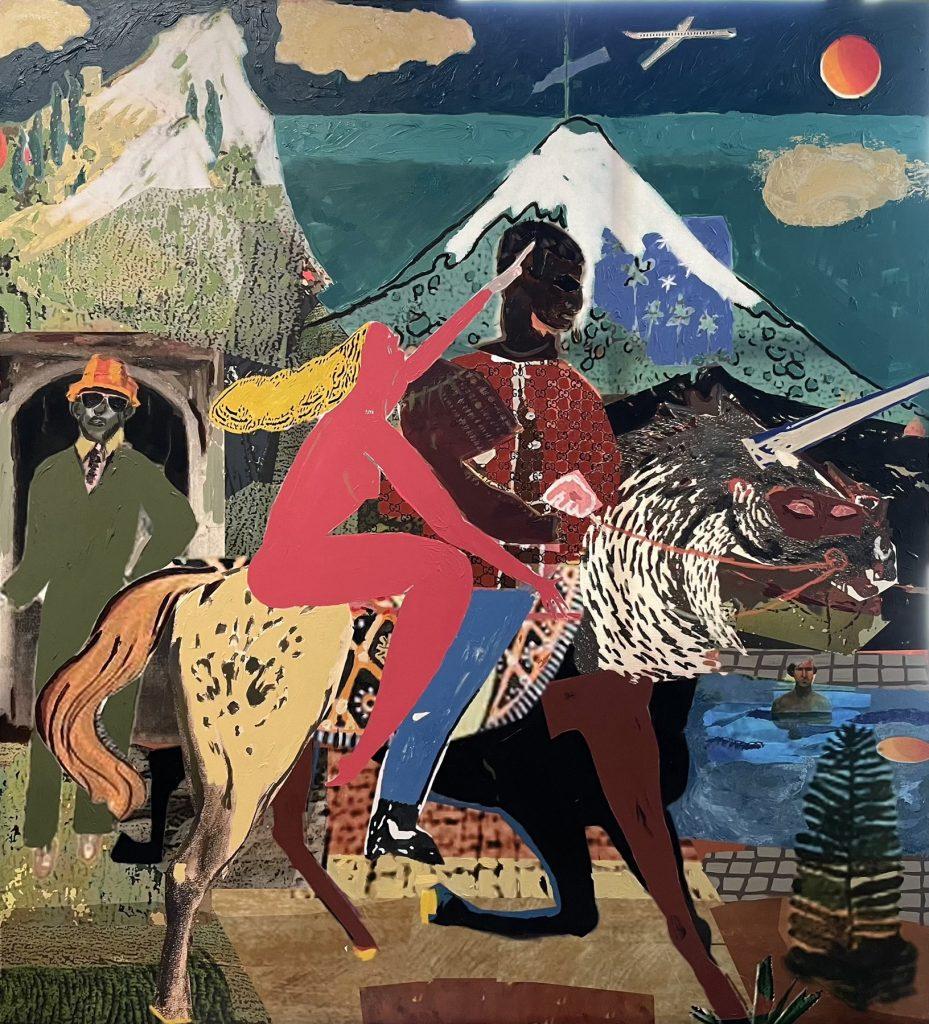 My most recent purchases were Le Plaza Hotel by Olivier Souffrant, which I bought at Kravets Wehby Gallery, and Sunlight by Ridley Howard, displayed at Art Basel and purchased at Andrehn Schiptjenko.

Souffrant is a young French painter whose work is inspired by Basquiat in its rawness, blending scribbles, collage, minimal, and self-depiction. He was in a group show in 2021 in New York City, followed by a solo exhibition. I purchased this painting out of a museum exhibition at the Dr. William R. Harvey Museum of Art [in Talladega, Alabama].

I have known Ridley for 20 years and purchased my first watercolor from him in 2003. We have been friends ever since, and I continue to collect his work, which has evolved to marry abstraction with figuration. His paintings use a cool palette and come out of major American art movements like Pop Art, Photorealism, and Color Field artists. I find his work sensual, ambiguous, cinematic, beautiful, and disturbing.

I am never sure beforehand which artists I am hoping to add to the collection. I rely on my close network of gallerists as they find new artists, as well as art fairs and exhibitions in New York City.

The majority of the time, I insist on seeing the work in person. This is especially true for a new artist, as I need to see how they handle their line, brush stroke, color, and transition points between spaces. The details are vital and can make or break a decision to buy works by an artist and have that leap of faith that this artist has the magic to sustain their innovation with raw talent.

I do not purchase work to sell. I find selling art very painful, as I feel a deep attachment to each work I acquire. The art market is fickle and can change quickly. My philosophy is to buy works that have a high chance of having a place in history, that have new ideas and reflect the world we live in. At the moment, our world is fragmented. The digital space created by the dominance of technology is often an element of the artwork I admire. As such, many of the works I purchase at the moment defy borders and closure.

I do keep an eye on the prices and the auction market, in particular. Some artists’ prices move quickly, and others take time. Nina Chanel Abney is an artist I started collecting from her first New York exhibition in 2008. I was drawn to her references to Matisse and the originality of her formal compositions and the intensity of her line, which seemed to vibrate. Recently Nina’s work has done very well at auction, and I am very happy for her success. Living artists should be recognized while they are still alive. 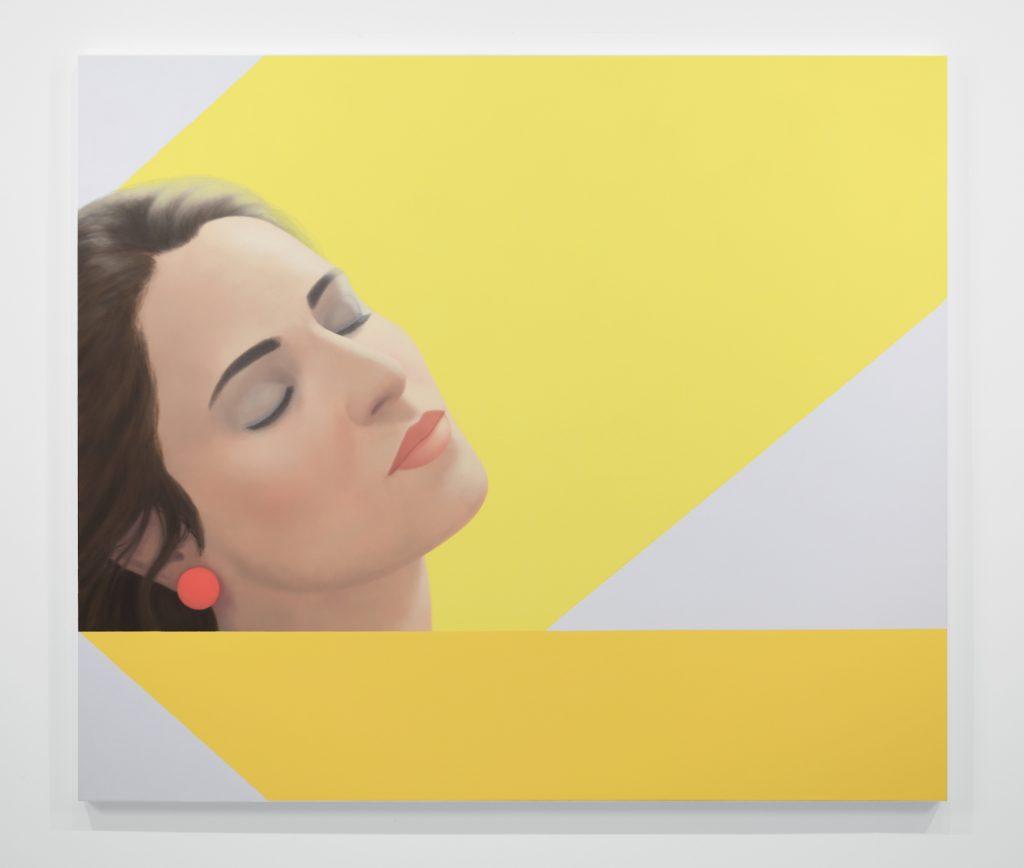 I most frequently purchase through art galleries. The dealer-collector-artist relationship is essential. Through collecting, I have developed very close relationships with artists as well as dealers; they are like an extended family, and we celebrate holidays and travel together. Art is my religion, and it’s where I find meaning and spirituality. Those involved in finding new up-and-coming artists and promoting them are people I feel extreme closeness with.

I also have purchased work at art fairs and from museum exhibitions. I find that when an artist is inspired, they produce their very best work. Sometimes this is when they have an exhibition at a public space, at their primary dealer, or create work for an art fair. So, the key is being patient and waiting and striking when you see that inspiration.

I have never had regret about purchasing a work of art. However, I have regret for works I have missed adding to my collection. For example, although I was a teenager when Jeff Koons had his “Banality” shows at Sonnabend, I remember knowing this was a great show, and I regret not purchasing a sculpture myself.

Additionally, there are some exhibitions where the dealer has so much demand for a specific artist that they only allow you to purchase one piece per family. My father is also a very active collector, and although we agree upon the painting to buy and feel this fits well into our collection, often there is a second work I would have loved to have bought myself. 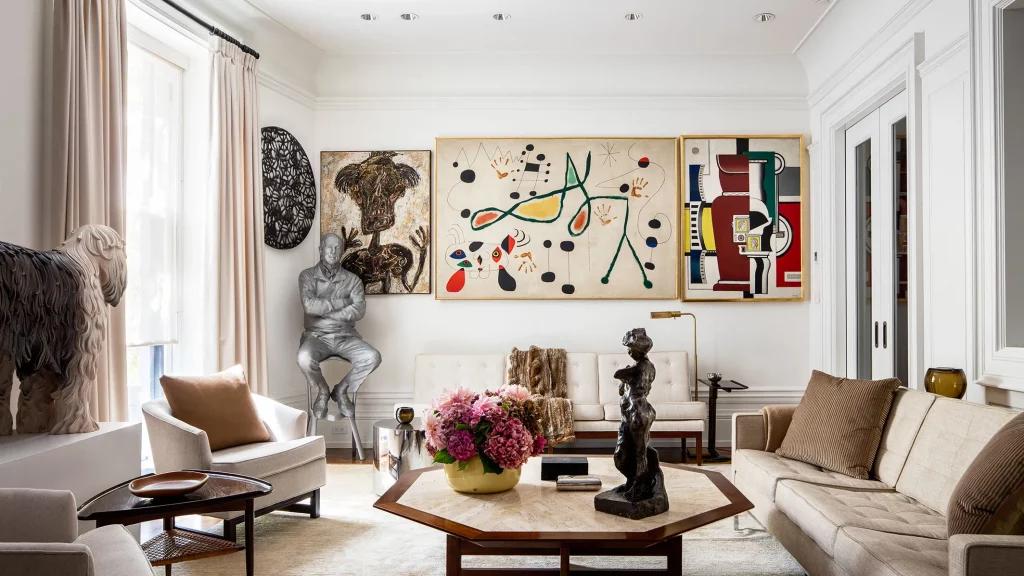 Above my sofa I have a Miro painting from 1945 titled Woman Dreaming of Escape. Originally, it was purchased by my grandfather. He knew Miro personally and had traveled with him. In my bathroom is a Henri Matisse print called Odalisque a la Culotte Bayadere. It demonstrates Matisse’s great ability to draw.

I generally only place prints or drawings, which are behind glass, in half-bathrooms; I never place works in a bathroom with a shower or bathtub. As stewards of these precious objects, you want to live with them, but also protect them.

The pieces I acquire are mostly works I can live with, and I generally avoid impractical pieces that are tough to place at home. However, occasionally we see something impractical that a normal private collection would not consider, but we feel it is so important that we make an exception.

For example, in June 2007 at Art Basel Unlimited, my father purchased an installation consisting of nine paintings by Chris Johanson. We initially felt it should go to a museum since it was an enormous installation: The works were joined together by a wooden floor platform, making the viewers participants in the installation. Sometimes you approached the painting from the front and other times from the back, and other times at an angle.

However, no museum bought it and we felt it was a masterpiece, so now it is in our collection. That actually happens occasionally, that museums pass on works and we end up buying. 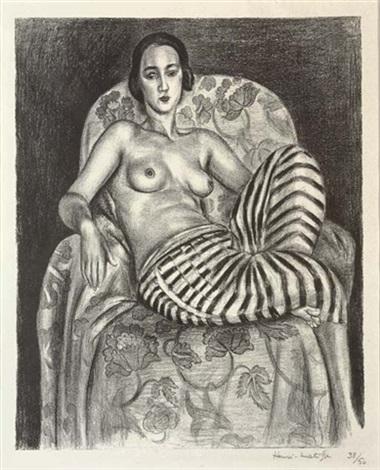 In addition to the pieces mentioned before, I often dream about living in past times and being a collector when I could have purchased works by great artists such as Poussin, Rubens, Titian, Raphael, Monet, Vermeer, Poussin, Rembrandt, Manet, and so many others.

Having grown up visiting Italy as a child, I love Renaissance art. I would steal so many works from this period, including Leonardo da Vinci’s Virgin of the Rocks, Saint John the Baptist, and the Mona Lisa. Also, Michelangelo’s Pieta sculpture, Raphael’s La Belle Jardiniere, and Fra Angelico’s Annunciation would be on my list. I feel that I’m collecting the equivalent of these artists now.