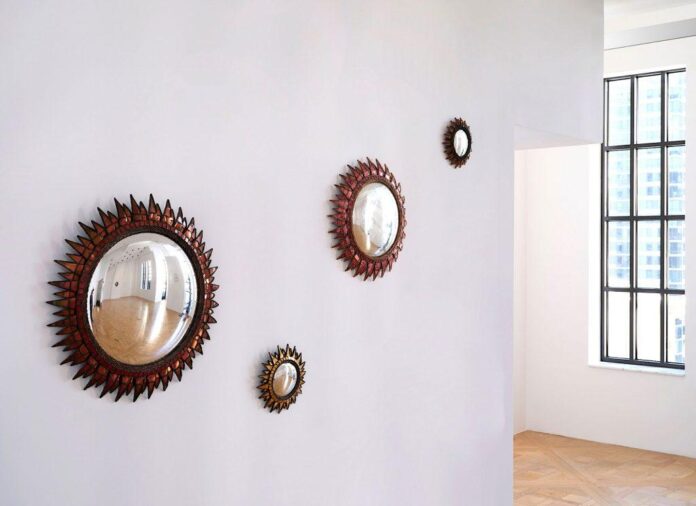 It’s been a slow build, but interest in French designer Line Vautrin appears to have hit critical mass with the show “Poetic Refléxion” at Carpenters Workshop Gallery in midtown Manhattan, on view through December 15. 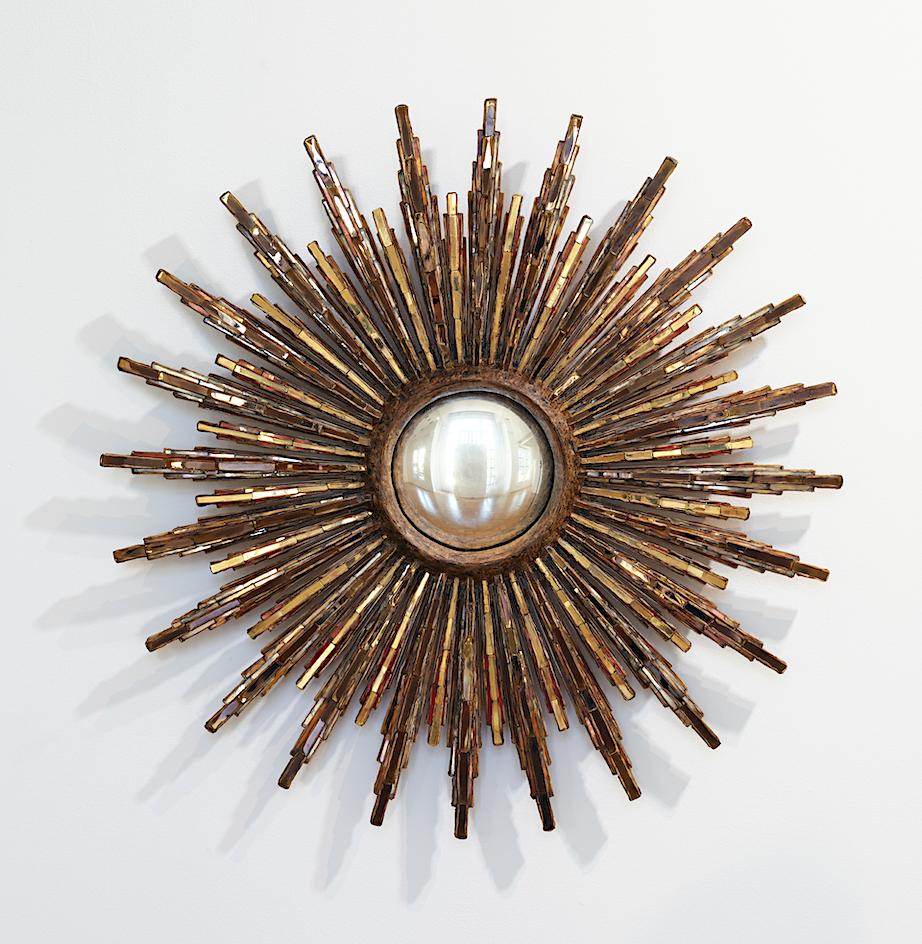 In the past 25 years, however, fans and auction houses have brought Vautrin back into view. Instantly recognizable, her accessories (and lost-wax fabrications) nod to ancient Egypt yet remain current, decorated with winking rebuses and riddles of images, letters, and words. Entire poems or prayers are carved into box tops. Suns, and the city of Paris, are recurring motifs. One compact holds a type-written note inside that reads, in French, “If this mirror breaks, don’t worry. You won’t have seven years of bad luck. Believe in Line Vautrin.”

Vautrin was the subject of a 1999 retrospective at the Musée des Arts Décoratifs in Paris, and Yves Saint Laurent paid homage to her with the radiant sun on the bottle of his 2006 fragrance Cinéma. More recently, Mary-Kate and Ashley Olsen have stocked their London fashion boutique The Row with vintage Vautrin pieces for sale, having used them in their pre-fall 2023 runway show. 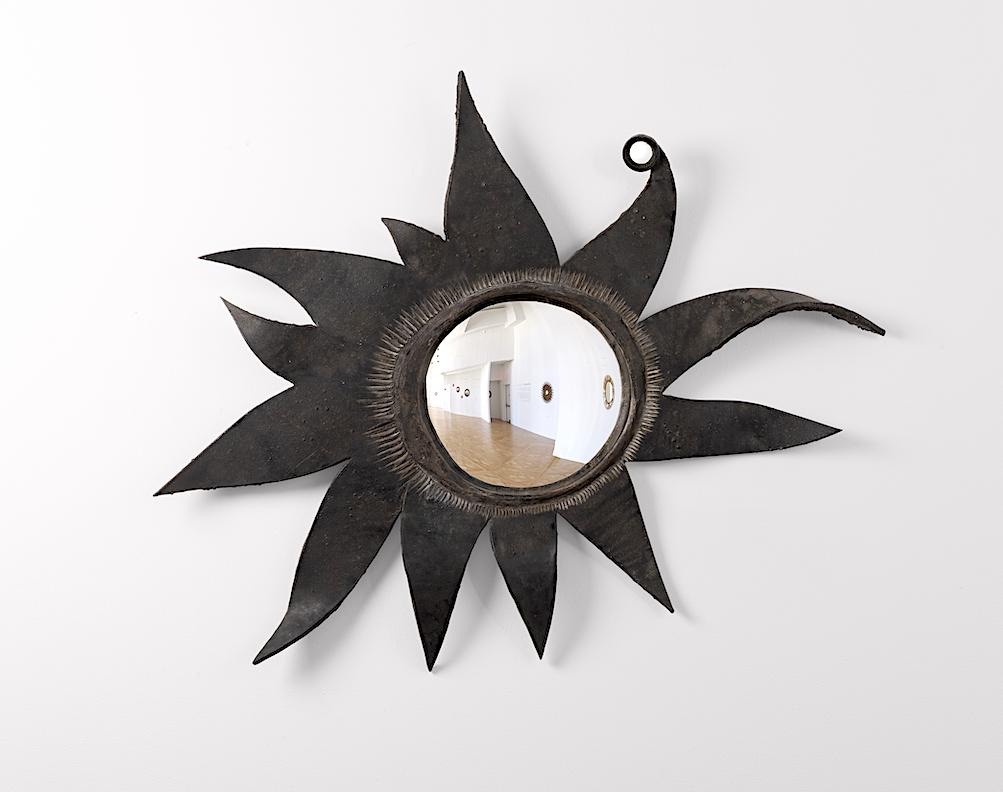 “Poetic Refléxion”—one of a new series of art shows by Carpenters Workshop Gallery featuring designers from the past—showcases 10 of Vautrin’s mirrors from the 1950s and ’60s brimming with her lighthearted optimism and inventiveness. Collectible and rare, these mirrors are available for purchase, ranging in price from €55,000 to €400,000.

Most of the mirrors on display feature convex mirrors surrounded by sun-like rays made of talosel—a cellulose acetate material that Vautrin invented—which was malleable and allowed for pieces of colored glass and mini-mirrors to be inset. Vautrin manipulated the frames by bending and scarring the talosel with pliers and scissors. 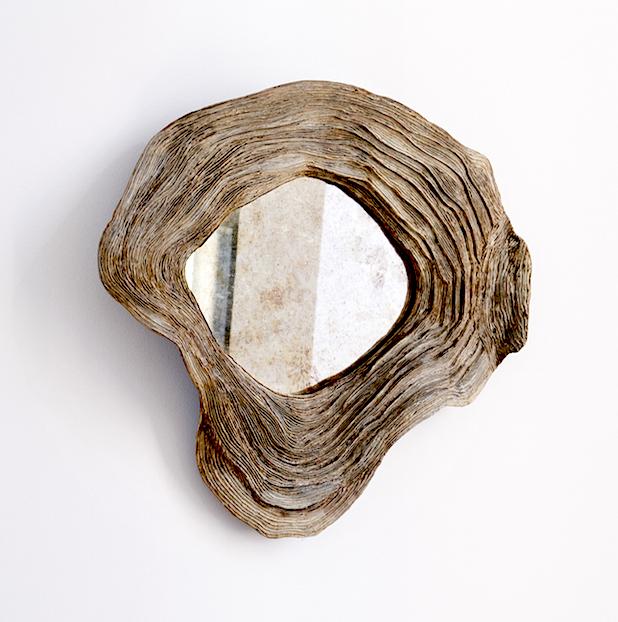 Two pieces in particular underscore the hailing of Vautrin as the “poetess of metal” and her work as “jewelry for walls”—a layered, curvaceous mirror titled resembling its namesake oyster, and the 32-inch , whose asymmetric rays curve out from the walls and a small “moon” mirror orbits the central “sun” one.