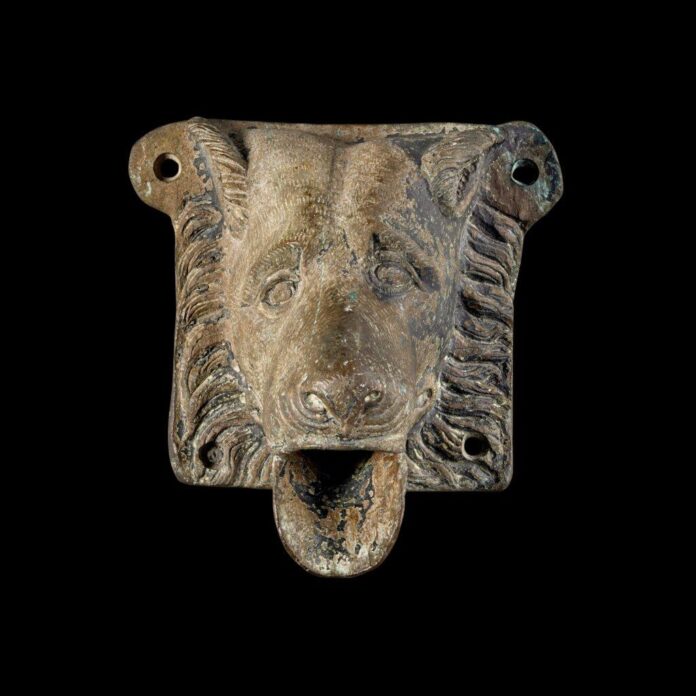 Another antiquities auction is under fire for allegedly peddling looted art. The latest accused offender is Sotheby’s London, which included three suspect lots in its current “Ancient Sculpture and Works of Art, Part II” sale, according to archaeologist Christos Tsirogiannis, who specializes in identifying antiquities of illicit origins.

Tsirogiannis, the UNESCO chair on threats to cultural heritage, is calling on the auction house to withdraw the three lots in question from the sale, (which runs through tomorrow), reports the . He believes the objects are linked to one of two disgraced art dealers: Gianfranco Becchina or Giacomo Medici, whose names come up time and again in cases of looted antiquities.

There are photos of a Roman marble figure of Priapos, which Sotheby’s is selling for an estimated  £8,000 to £12,000 ($9,720 to $14,580), at the 1983 opening of Medici’s Geneva gallery, according to Tsirogiannis. But the auction house only traces back its provenance to a June 1989 sale at its New York headquarters. Tsirogiannis has previously identified other lots from that auction that originated with Medici as looted art, and they were repatriated to Italy.

Medici’s 2004 sentencing to 10 years in jail and a €10 million ($12.6 million) fine was Italy’s steepest punishment for antiquities smuggling. (His operation dealing in looted antiquities famously embroiled Marion True, the curator of Los Angeles’s J. Paul Getty Museum, and led to the repatriation of one of the institution’s most prized works, a golden funerary wreath, to Greece.) 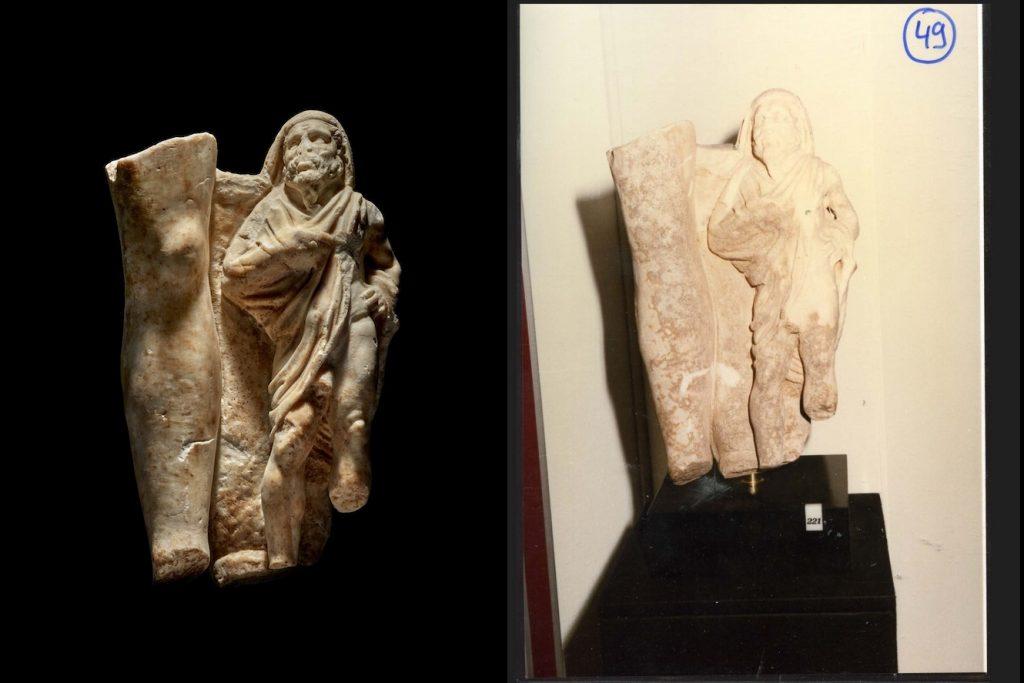 Roman marble figure of Priapos (ca. early 3rd century C.E.), seen at left on the Sotheby’s auction listing at at right in a photograph from the archives of convicted antiquities looter Giacomo Medici. Photo courtesy of Sotheby’s London and Christos Tsirogiannis.

A photo from Becchina’s archives is a perfect match for a bronze wolf head-shaped spout, from 2nd-century Rome, on offer in this week’s sale. The dealer’s records note that he himself acquired it from a late collector also known to have ties to stolen goods.

Either of those men, both based in Switzerland, Tsirogiannis believes, could be the “Swiss private collection” listed in the provenance provided by the auction house, which estimates the piece at £6,000 to £9,000 ($7,490 to $9,720).

Authorities first identified Becchina’s ties to an antiquities smuggling ring in 1994, and he has a 2011 conviction for dealing in looted ancient art, also in Italy. A 2015 raid turned up $58 million in illicit objects linked to his operation. 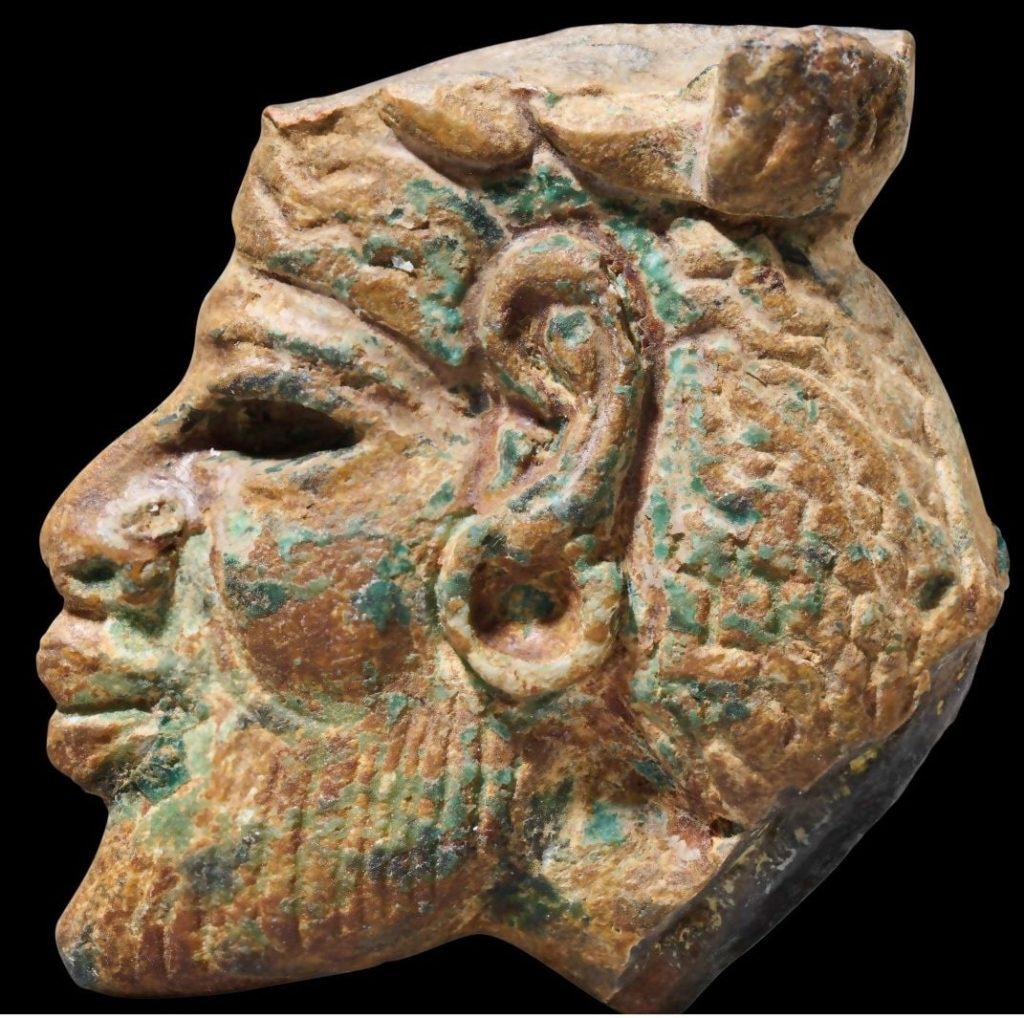 Egyptian carved head, 18th-19th Dynasty (1540-1190 B.C.E.) Sotheby’s has withdrawn this lot, said to be looted, from its upcoming auction. Photo courtesy of Sotheby’s.

A third lot in the sale, since withdrawn at the behest of the consignor, could potentially be associated with either Becchina or Medici. There is a photograph of the 18th or 19th dynasty carved Egyptian head in the records of Robin Symes and Christo Michaelides, a pair of disgraced art dealers who got most of their antiquities from those two sources.

“Christos Tsirogiannis has not been in touch directly in relation to these lots. Numerous times Sotheby’s has called for him to make the archives he keeps available to us and to the public to allow for collaboration and transparency,” an auction house representative told Artnet News in an email. “Should he decide to contact Sotheby’s to share the information he holds, we would look forward to supplementing our extensive provenance research.” 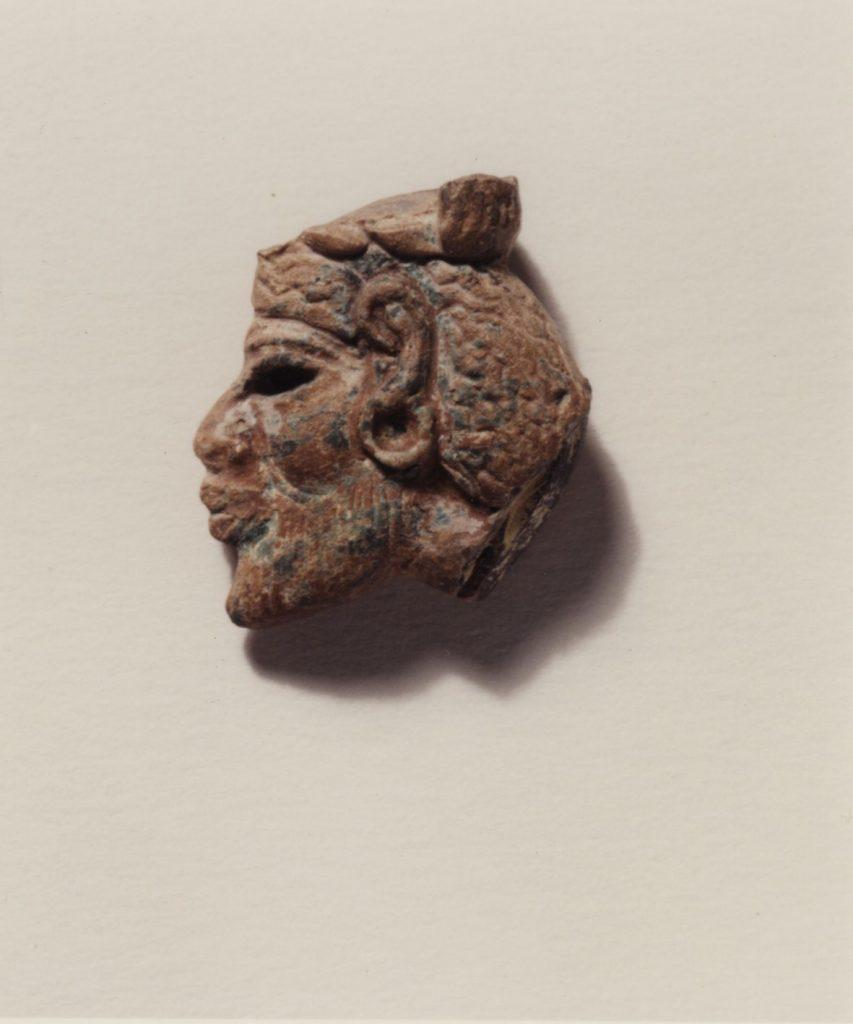 Egyptian carved head, 18th-19th Dynasty (1540-1190 B.C.E.) Sotheby’s has withdrawn this lot, said to be looted, from its upcoming auction. This photo of the work is from the archives of disgraced dealers Robin Symes and Christo Michaelides. Photo courtesy of Christos Tsirogiannis.

Through his work with UNESCO, Tsirogiannis—who claims to have tracked down more than 1,600 looted antiquities—has special access to the Becchina, Medici, and Symes/Michaelides archives held by the Italian authorities.

“As an archaeologist, my responsibility is to notify the public about my research finds and to assist the relevant authorities, not the sellers of such antiquities,” he told Artnet News in an email. 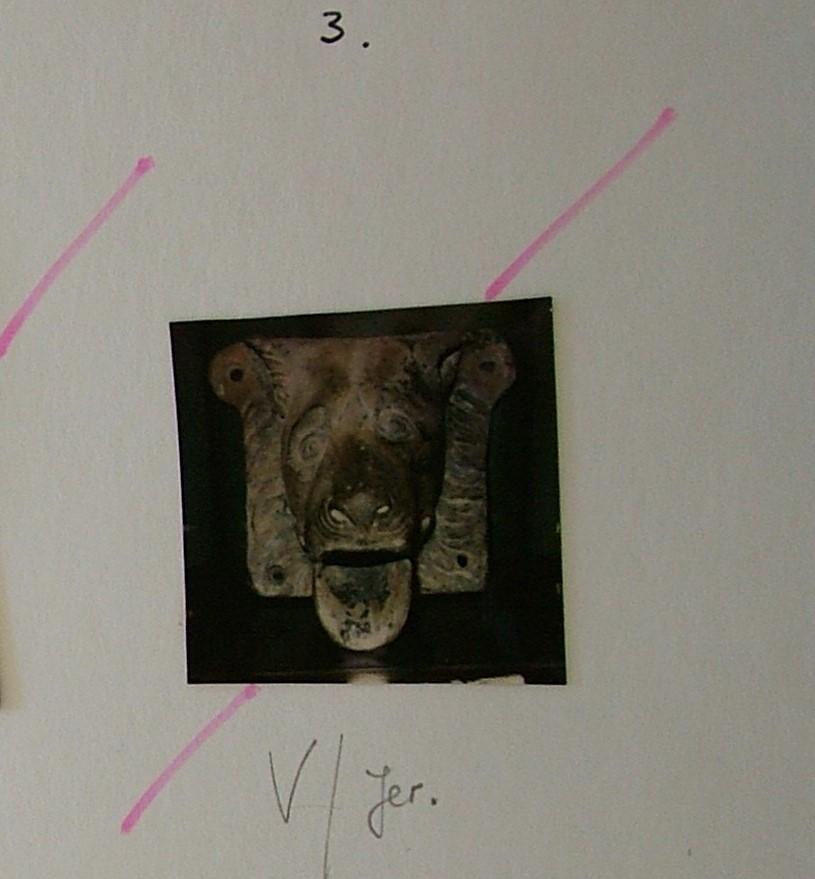 Roman Bronze Protome Spout (ca. 2nd Century C.E.). This photo of the work, on offer at Sotheby’s London in an upcoming auction, is from the archives of disgraced dealer Gianfranco Becchina. Photo courtesy of Christos Tsirogiannis.

Sotheby’s maintains that it “uphold[s] the highest standards of due diligence.”

“For more than 15 years now, it is widely known that the first and most basic step in provenance research regarding antiquities is the sellers and the potential buyers to contact the relevant state authorities regarding the objects which are scheduled to appear for sale,” Tsirogiannis said. “To save face, after they are found with such antiquities, they still all state publicly that they maintain the highest standards on provenance research.”