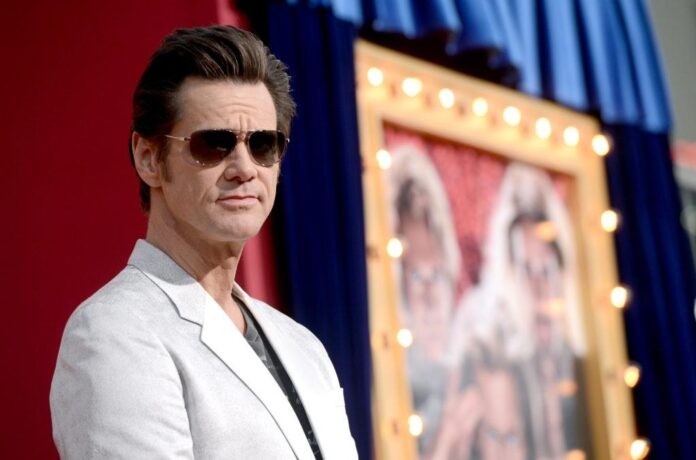 Jim Carrey has just joined a group of celebrities leaving Twitter in the wake of Elon Musk’s controversial takeover.

The actor-turned-artist has used the social media platform as a launching pad for his colorful, often politically-charged art, but in a tweet posted to the social platform on Tuesday, Carrey announced his departure, and left his followers one final piece of artwork.

“Here’s a cartoon I made with my friend Jimmy Hayward,” Carrey wrote, referring to the film director behind 2008’s , in which Carrey voiced the main character. “It’s based on my painting of a crazy old Lighthouse Keeper, standing naked in a storm, summoning the angels and shining his lamp to guide us through a treacherous night.”

The animated clip, which Hayward also posted to his personal Instagram account, features a nude lighthouse keeper bobbing among the waves in a raging lightning storm, with Carrey singing sea shanty lyrics. Many of the visual elements of Carrey’s work, employing streaking lines of color and a maniacal cartoonish figure at the center.

I’m leaving Twitter, but 1st here’s a cartoon I made with my friend Jimmy Hayward. It’s based on my painting of a crazy old Lighthouse Keeper, standing naked in a storm, summoning the angels and shining his lamp to guide us through a treacherous night. I love you all so much! ;^j pic.twitter.com/Cqmp74A87r

Under Musk’s supervision, Twitter has laid off scores of employees and announced a plan to charge users $8 per month for blue-check-verified accounts, prompting fake accounts to crop up. Most recently, it announced that its policy to combat the spread of misinformation about the pandemic was no longer in effect.

Carrey launched his painting career back in 2011, and released a short documentary in 2017 called , depicting his studio practice and passion project. Soon after it was released, the film racked up more than five million views, with  critic Jonathan Jones describing the work as “astonishingly bad.”

That didn’t stop  star from pursuing his creative endeavors. In 2017 he had a solo exhibition at Las Vegas’s Signature Gallery Group, and later landed a solo show at L.A.’s Maccarone gallery.

Though his early work was a mix of colorful abstractions often studded with pop culture imagery, he shifted to political cartoons that mostly focused on skewering former president Donald Trump in a number of increasingly violent scenes. In 2020, Carrey announced that he was leaving politics behind, explaining that “We’re still headed for the rocks, but I’ve decided you understand my message. I don’t need to be steeped in it anymore.” Most recently, he dabbled in the NFT space, releasing a wellness-inspired image titled , with the proceeds benefiting Feeding America.

In Pictures: See the Belle Époque Posters of Jules Chéret, the Most Influential Artist You May Not Have Heard of