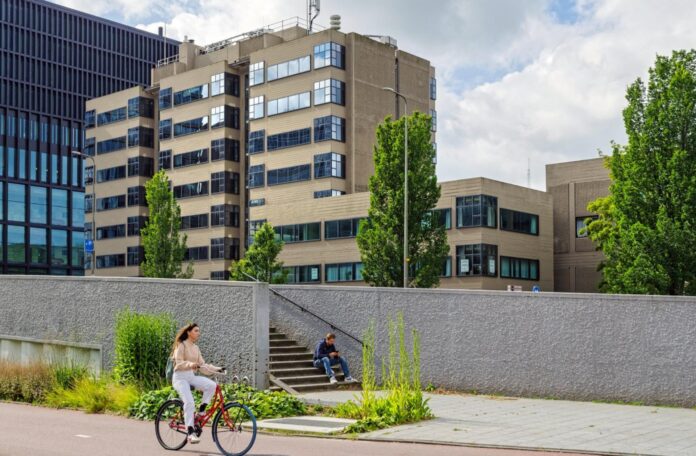 Plans for a major privately funded contemporary art museum in Amsterdam are one step closer to being realised after passing a critical zoning law vote by the city council earlier this month. The institution will be run by the Hartwig Art Foundation, a recently established Dutch organisation that commissions and acquires works to be donated to the National Collection of the Netherlands. The foundation was established in 2020 by the electronic trading billionaire Rob Defares. He largely funds the endeavour and gave an initial pledge of €10m.

The museum will be located at Parnassusweg 220, a former courthouse built in 1970s at the edge of the southern financial district Zuidas. At its helm will be the Hartwig Art Foundation’s director, Beatrix Ruf. Previously, Ruf served as the director of the Stedelijk Museum but left in 2017 over concerns of a conflict of interest between collectors she advised loaning works to the museum. These charges were later cleared by a city council.

More recently, the German curator joined the Garage Museum of Contemporary Art in Moscow to head up its international programme. Her contract with the museum ended in March, she says, around the time Russia launched its invasion of Ukraine. “A coincidence—but had the war not happened I would have continued working with Garage.”

Last month, Ruf partnered with her former employer the Stedelijk for a major exhibition of the German artist Anne Imhof (until 29 January 2023), which she had helped curate when the show was intended to open at the Garage Museum. At the opening, Ruf told The Art Newspaper that the Hartwig Art Foundation’s museum will “change the shape of contemporary art not just for the city, but the Netherlands too”.

According to Ruf, the museum—the name of which is currently undecided—will be privately funded, but will add “major functions for contemporary art to the public sector” and will continue to acquire works which, through the National Collection of the Netherlands and the foundation itself, will be fully accessible for Dutch and international institutions for short- and long-term loans. Importantly, the museum will not house a permanent collection. “It is unlike anything we have in the country, the concept itself is quite radical,” Ruf says.

“We’re trying to build an institution informed by the contemporary condition, one which is highly flexible and can incorporate ideas from diverse groups,” Ruff adds. “Having the privilege of starting from scratch and not being weighed down by existing structures allows this.” She refers to the reasons behind her departure from the Stedelijk as one instance of the traditional bureaucracy that can hinder the evolution of museums today.

Central to the museum will be commissioning, researching and displaying “all media of the visual arts, time-based art and future art forms”, according to a statement on the foundation’s website.

The Hartwig Art Foundation will be making “considerable investments” from its own resources “to renovate and extend the monumental building in order to bring it to the highest standards of sustainability, accessibility and design”.

In addition to exhibition spaces, the proposed plans also include studios and living spaces for artists, workshops and catering facilities, allowing for art to be created on site. Among the Amsterdam institutions the planned museum intends to partner with include the State Academy of Fine Arts, the Stedelijk Museum, the Oude Church, Framer Framed exhibition space, de Appel contemporary art centre. Further Dutch institutions include the Vleeshal Center for Contemporary Art in Middelburg, the Casco Art Institute in Utrecht and Stroom in The Hague.

Citizens now have around five weeks to make final competing claims or complaints before the project goes to its next stage of voting.