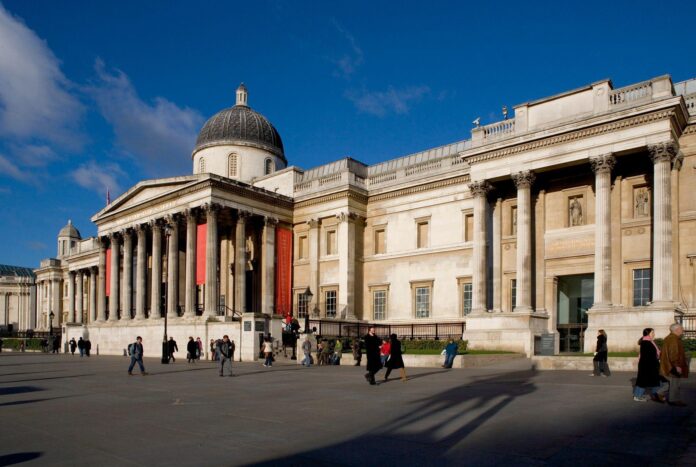 Westminster city councillors yesterday unanimously backed a resolution to grant a full planning and listed building application from the National Gallery. The decision allows the museum’s leadership to forge ahead with a controversial £35m proposal to radically remodel the entrance of the Sainsbury Wing of the museum in Trafalgar Square, London, ahead of the gallery’s planned bicentenary celebrations in 2024.

The proposals were granted during a council sub-committee with just four local councillors in attendance, and with other matters on the meeting’s agenda.

The current proposals, critics say, could result in damaging losses to the unique architecture of the Sainsbury Wing, which was granted Grade I-listed status by Historic England. Only 2.5% of listed buildings in the UK have such status.

The Sainsbury Wing extension was designed in 1991 by postmodernist architects Denise Scott Brown and the late Robert Venturi, who ran Venturi Scott Brown & Associates. In July 2021, Annabelle Selldorf, founder of the New York-based architectural firm Selldorf Architects, was selected to work on the National Gallery’s suite of capital projects, including the Sainsbury Wing entrance.

In October, Selldorf submitted revised plans to remodel the wing’s interior. Selldorf’s current plan, part of the NG200 project, involves remodelling the gallery’s front gates and the ground-floor entrance, stairs and lobby. Egyptian-style pillars will be relocated to make way for a new retail space, while parts of the ceiling will be removed to allow in more natural light.

The resolution was passed despite the intervention of eight past presidents of the Royal Institute for British Architecture (RIBA), who commented in the public portal of Westminster’s planning office describing Selldorf’s most recent proposal as even more ill-judged’ than those submitted in August, which they described as “insensitive.”

Scott Brown has vehemently opposed Selldorf’s new proposals. Writing in the Chicago-based publication Mas Context, she encouraged the National Gallery to return to the unifying themes of the Wilkins building, which was inspired by an Italian church crypt, with the public encouraged to move from dark to light. She also told the Observer: “There are elements of tragedy—circus clowns are made up to look happy, but they’re not. This is a circus clown wearing a tutu.” She advocated that: “Refusal of these applications is the only appropriate decision.”

Writing in The Art Newspaper, the architecture critic Hugh Pearman said the planned new entrance to the Sainsbury Wing would result in “drastic and irreversible changes” to the building. Meanwhile, Gabriele Finaldi, the director of the National Gallery, vigorously defended the proposals in The Art Newspaper.

“This sensitive and carefully considered intervention in what has become an icon of postmodern architecture is rooted in a thorough understanding of the original building and its architects’ intentions while also meeting the changed needs of the gallery which, in the last full pre-Covid year, 2019, had six million visitors—50% more than it had in 1991,” Finaldi wrote.

In a statement, The National Gallery said the new plans “will foster sustainability and provide a more inspiring experience for our millions of visitors every year, as well as being more inclusive for people with disabilities and older visitors.”

“The Sainsbury Wing remains a Grade I listed building, and the proposals by Selldorf Architects’ team balance the very fine quality of the Sainsbury Wing’s existing architecture with the Gallery’s desire to improve our visitors’ experience.”

As New School Adjuncts Strike for the Third Week, a Leaked Email Suggests the University May Hire ‘Scabs’ to Replace Them